Celtic Quick News on News Now
You are at:Home»Latest News»BROONY INJURY SETBACK
By CQN Magazine on 17th May 2019 Latest News

SCOTT BROWN is battling to overcome a BROKEN TOE to lead Celtic to the historic treble treble.

The Hoops skipper sustained the injury in the 3-0 win over Aberdeen at Pittodrie, but played through the pain as the club eased their way to an eighth successive crown.

Brown visited a doctor in Glasgow yesterday for a scan on the problem that threatens to see him sidelined for Flag Day in Paradise against Hearts on Sunday, as revealed by the Daily Record.

The Parkhead medical team now face an anxious wait before discovering the full extent of the damage.

Naturally, Brown is determined to lead out the players against the Tynecastle outfit when the Premiership trophy will be handed over in front of a sell-out 60,000 crowd. 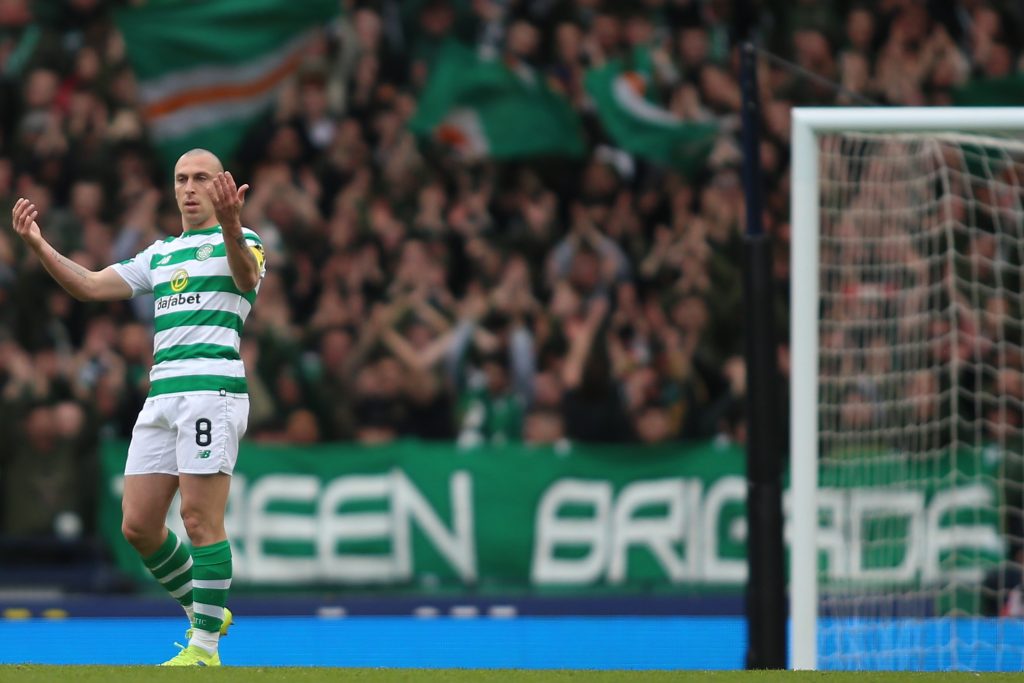 BATTLING ON…Scott Brown is eager to play his part in the campaign’s conclusion.

And then the 33-year-old midfielder will turn his attention to Hampden a week tomorrow for the Scottish Cup Final against Craig Levein’s outfit as the champions aim to claim their ninth successive piece of domestic silverware, a feat unprecedented in Scottish football.

Brown declared himself fit to play at Ibrox on Sunday, but felt some discomfort during the game. He remained in place for the 90 minutes with Neil Lennon having used all three substitutes.

Doctors, however, now believe he has suffered a fracture.

Odsonne Edouard sustained a damaged ankle against Steven Gerrard’s team at the weekend, but he, too, saw out the full game, as CQN reported.

The French striker could also be struggling to make the confrontation against the Edinburgh side on Sunday while interim boss Lennon plans to rest Mikael Lustig, Kieran Tierney, James Forrest and Jonny Hayes.