SCOTT BROWN dismissed Graeme Shinnie as not being good enough to kick him out of the Scottish Cup Final.

The Celtic skipper was sent tumbling following a swipe from his Aberdeen counterpart as the Dons won 1-0 at Parkhead on Sunday.

Brown responded to Shinnie’s claim that “what comes around goes around” and likened the challenge to “a little boy’s tackle” and said it was evidence his opponent lacks quality.

The Hoops’ onfield leader said: “The ankle’s fine. It takes more than that to keep me down. It was a Graeme Shinnie tackle. It sums him up really. He was saying that he got close to the ball. But I watched it back and it is kind of a little boy’s tackle – waiting until I was past him. My pace obviously did him in his prime and I got past him.”

Derek McInnes’ side were angered by a Brown tackle on Kenny McLean in the second-half, which saw the Celtic star booked, prompting Shinnie to say: “There were a few nasty tackles, including one by myself. They weren’t happy about it, but I’ve been on the receiving end of many of them in my time. So, what comes around goes around.’ 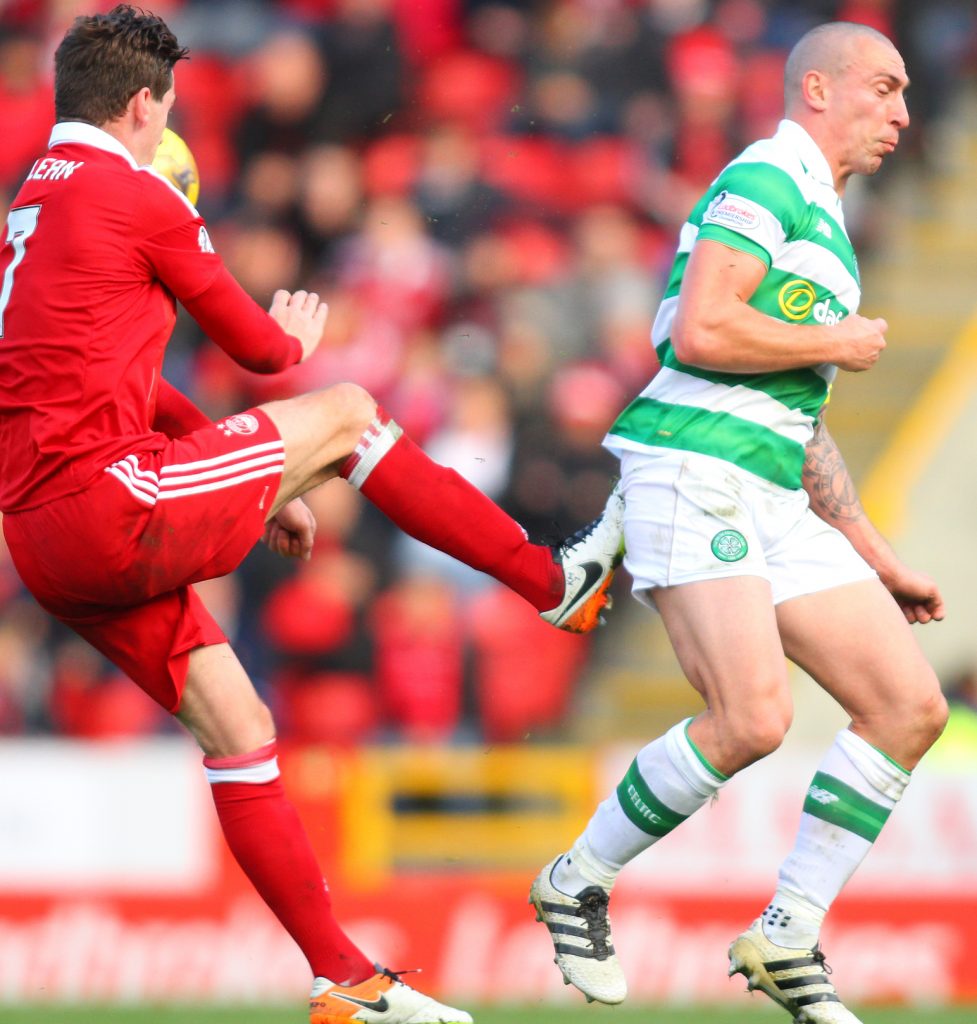 OUCH…Scott Brown is on the receiving end a high boot from Aberdeen midfielder Kenny McLean.

That drew an angry retort from the Celt who said: “I think Graeme runs about, he tackles, stuff like that.

“He’s not got great quality, but he does the best he possibly can.

“It’s the only thing he can probably do to try and stop us – to try and make a bad tackle. To be fair on him, it was a good bad tackle.”

He added: “My ankle locks now and then. It has got no ligaments left in it. I was thinking: ‘Thank goodness I still wear those grandad shinpads that come all the way around and protect everything’.

“It wasn’t too bad. I’ve had worse, but it wasn’t great, especially at the time of year.” 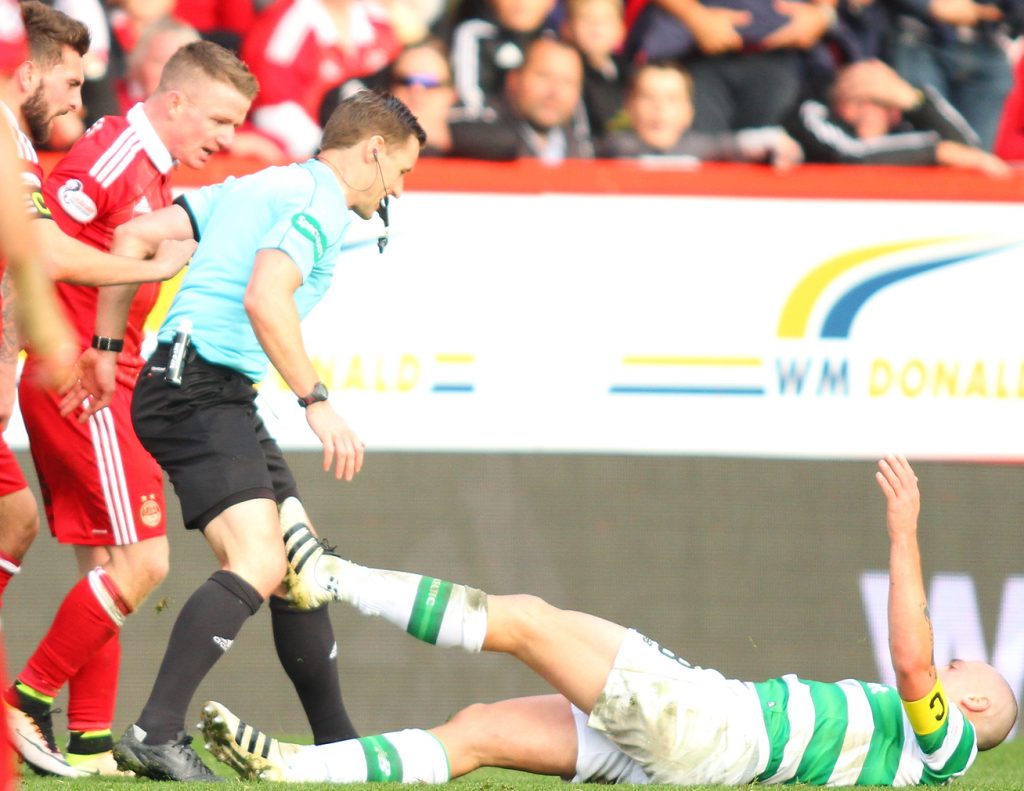