Celtic Quick News on News Now
You are at:Home»Latest News»‘BROONY LIKE A BROTHER,’ GRIFF
By CQN Magazine on 21st May 2018 Latest News

LEIGH GRIFFITHS has admitted Celtic skipper Scott Brown is “like a big brother to me”.

The 27-year-old striker also insisted the Hoops can succeed on the home front again following their double treble – and make an impact in Europe.

Brown, who will celebrate his 33rd birthday next month, played the full 90 minutes of the historic 2-0 Scottish Cup Final win over Motherwell on Saturday before taking to the field again yesterday to play in his testimonial match against the Republic of Ireland.

Griffiths, still looking for two goals to complete his magical 100 for the club, also featured in the 2-2 draw against Martin O’Neill’s men in front of over 50,000 fans at Parkhead. 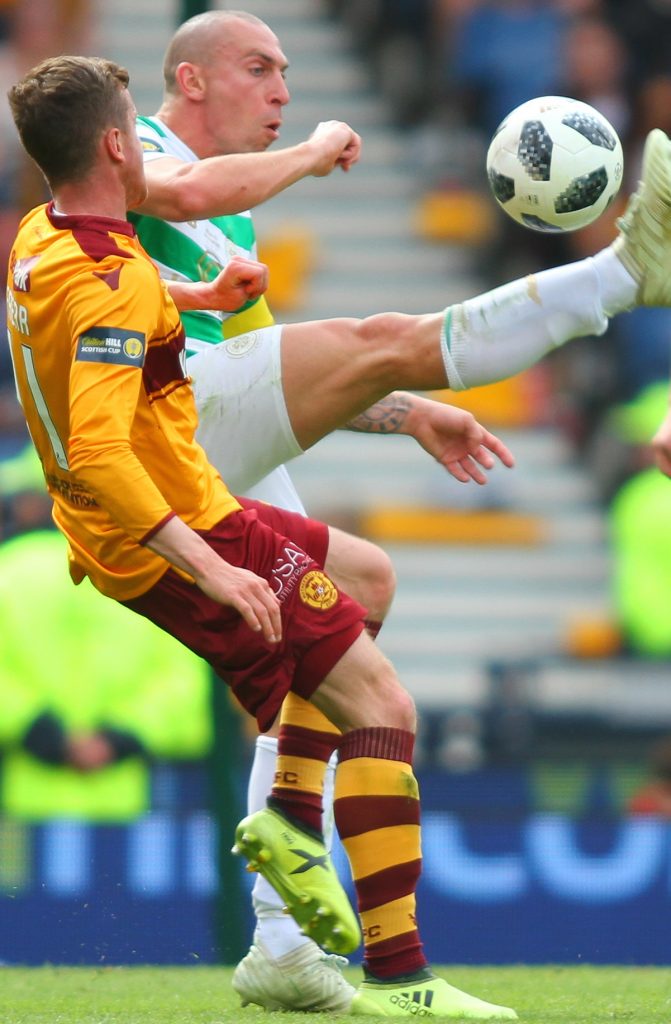 Afterwards, he spoke about his relationship with Brown. He said: “I met Scott at Scotland camps before I signed here and he was brilliant.

“Since I’ve come here, he’s been like a big brother to me. When times are hard he’ll take me under his wing and have a quiet word in my ear.

“He’s a fantastic talent. He can play on for five or six more years.”

Griffiths was also positive about Brendan Rodgers’ team’s prospects in European competition in the new campaign as well as continuing their success at home.

He added: “We can do both. We’ve proved that this season by staying in Europe beyond Christmas.

“That was one of our targets at the start of the season. It was obviously a difficult draw playing against Zenit St Petersburg, but who knows what would have happened if we’d got a different team in that competition?”