The Celtic skipper is eyeing another victory as the champions – with a 12-point advantage at the top of the Premiership – zero in on their ninth successive title.

However, Neil Lennon’s men came unstuck in West Lothian earlier in the season when they nosedive 2-0 after having Ryan Christie red-carded in the first-half.

Gary Holt’s side are the team to have beaten the Hoops on their points-gathering travels in this campaign with goals from Scott Robinson and Lyndon Dykes.

Brown, speaking to the BBC, said: “We’re going to make mistakes here and there. 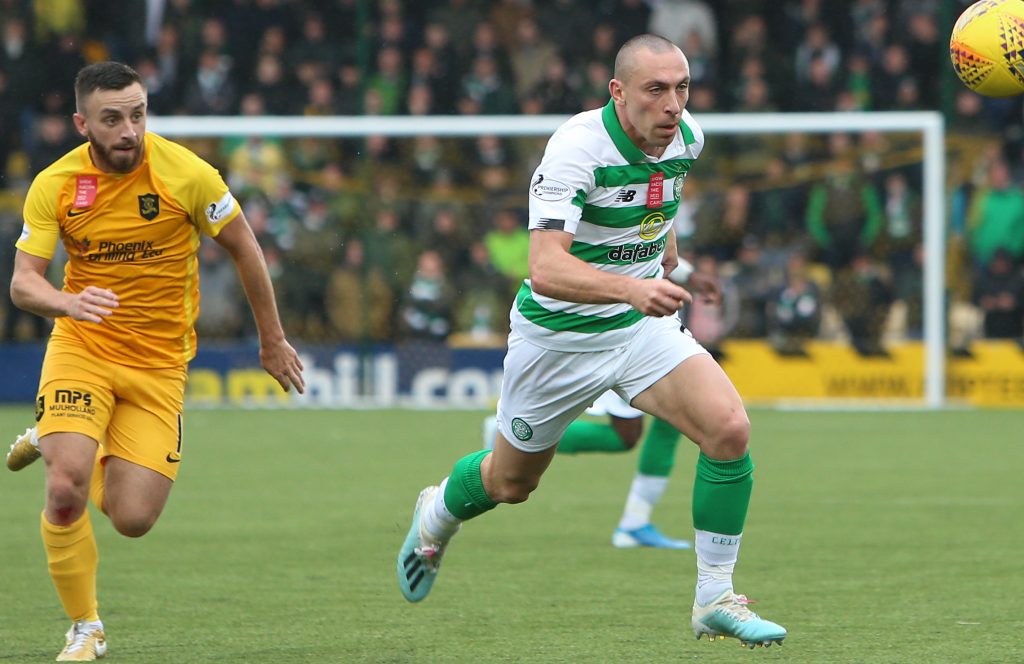 “But we need to make sure we don’t do it consistently. We want to win every single game, it’s not about us saying we want revenge. It’s about us making sure that we’ve learned from our mistakes and how we can bounce back.

“We’ve done that from the Copenhagen game into the St Johnstone game. We did that after the Livingston game, we went on a great run.”

Sunday’s Scottish Cup victory over the Perth outfit – with Ryan Christie on target – sent the holders through to a semi-final date with Aberdeen at Hampden next month.

“Copenhagen wasn’t a great game, we didn’t play as well as we probably should’ve done, but then we bounced back right away against St Johnstone.”

The Parkhead outfit have just 10 games to play – two against Steven Gerrard’s Ibrox side – is they focus on a record-equalling ninth consecutive flag.

* DON’T miss the unbeatable match report from Livingston v Celtic this evening – only in your champion CQN.