The Scotland international midfielder gave the nod to the Hoops skipper when he was asked to name his favourite colleague during a Q&A session on the club’s Twitter account.

McGregor played alongside the gifted Liverpool Champions League winner for only two years after Neil Lennon had paid a bargain £2.6million to bring him in from Dutch outfit Groningen in 2013. 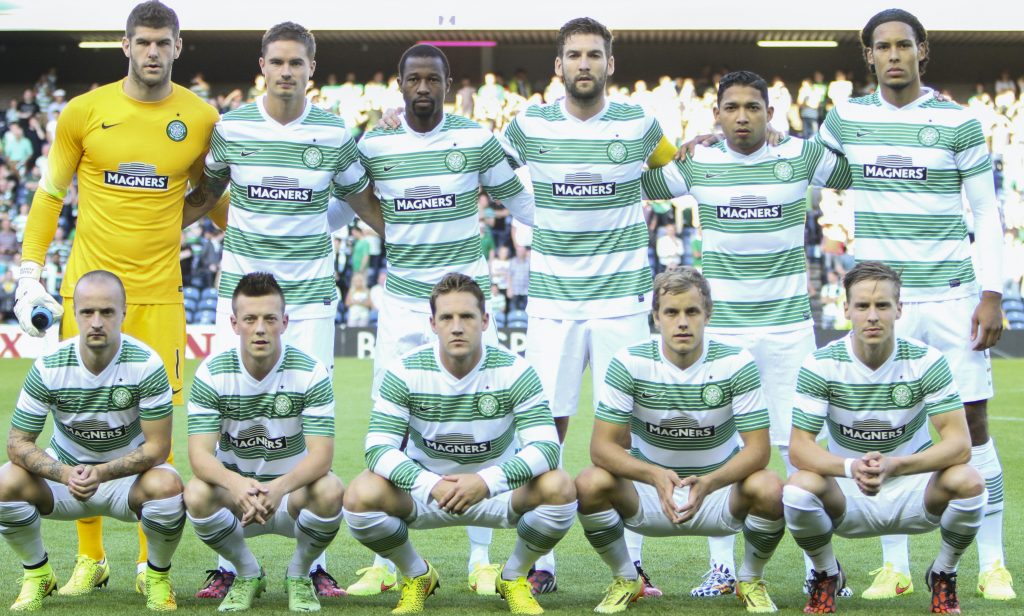 THE WAY WE WERE…Callum McGregor (front row, second left) lines up with Virgil van Dijk (back row, extreme right) for a Champions League qualifier against FK Rejkavik in 2014.

Van Dijk’s outstanding displays earned him a £13million switch to Southampton before his-then world record fee for a defender when he arrived at Anfield a couple of seasons later.

The big-money deals of Holland’s elegant back-four operator may dwarf the £4.4million fee that took Brown from Hibs to Parkhead in 2007 – a Scottish all-time high at the time – but McGregor is in no doubt about the qualities of the two players.

“He’s progressed so much since leaving Celtic – but the person I see perform at the highest level every single day is Broony.

“He does it in training and in games. His mentality is always the same. For me to work so closely with him, I see his attitude and the way he drives other people on. 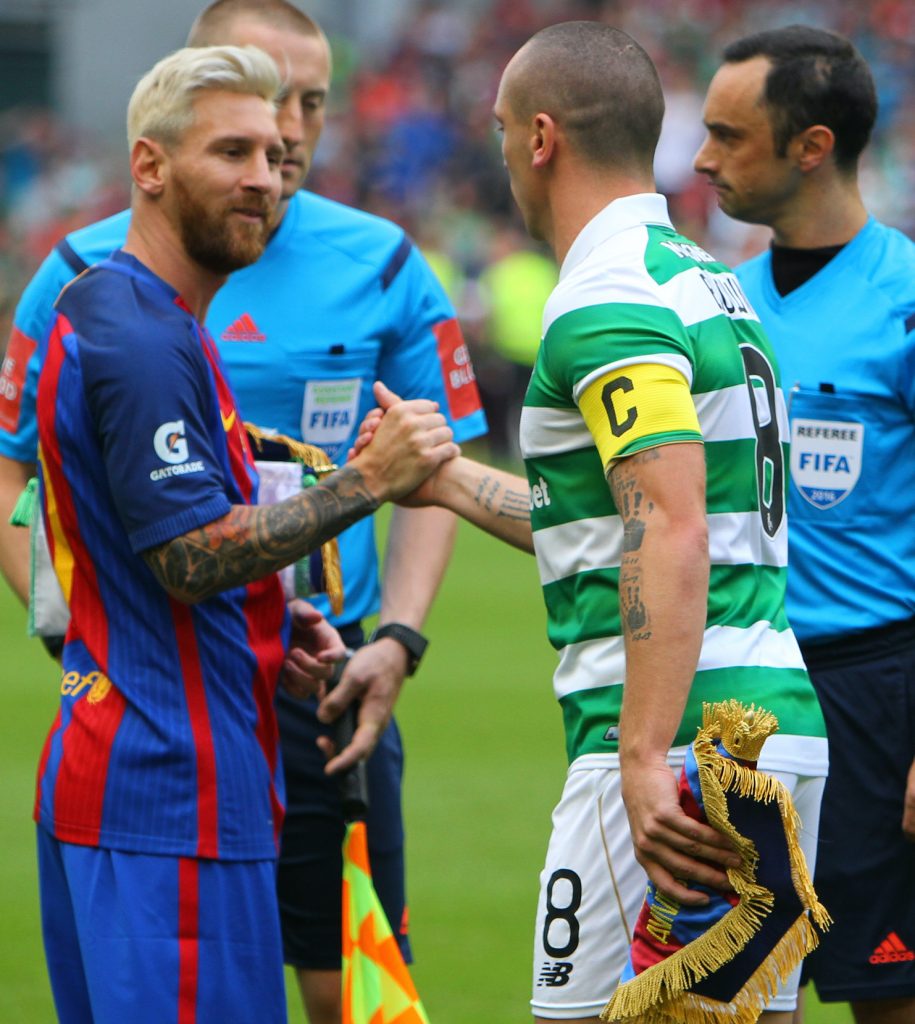 FRIEND AND FOE…Lionel Messi and Scott Brown before a challenge game in Dublin in the summer of 2016.

“He’s always got the highest standards. His footballing ability gets overlooked a lot, as well. You don’t play for Celtic for over 10 years and wear the captain armband and not be a top player.

“He’s played in all these European games and he’s a top footballer. For me, to be that consistent over a period of 14 or 15 years shows that he’s a top player.”

Asked to reveal his toughest opponent, McGregor didn’t hesitate: “I’ll go for an easy one here and say Lionel Messi. It’s a standard answer, but he’s so good that you can’t help but pick him every time.

“You watch him on the TV and he’s incredible. To play against him a few times is something else. He’s so good that you can’t even get near him.

“You think he’s going to pass it and then he dribbles past you. It’s like he knows what’s going on before you even think about what he’s going to do. He’s incredible and such a special talent.”