CELTIC interim boss John Kennedy has a problem to solve as he prepares to name his first line-up after taking over from Neil Lennon in midweek.

The former central defender is pondering over skipper Scott Brown’s position in the anchorman role with Ismaila Soro in contention to face Aberdeen at Parkhead this afternoon.

It is inevitable the midfield powerhouse, who will be 36 in June, will step aside at some stage, but the £4.4million man, who joined from Hibs in 2007, has stated he “still had a lot to offer” on the field, as CQN reported yesterday.

Soro has impressed since Lennon gave him the nod to make his debut in the 3-2 Europa League win over Lille in Glasgow in December and will be pushing all the way for a regular place in the new season. 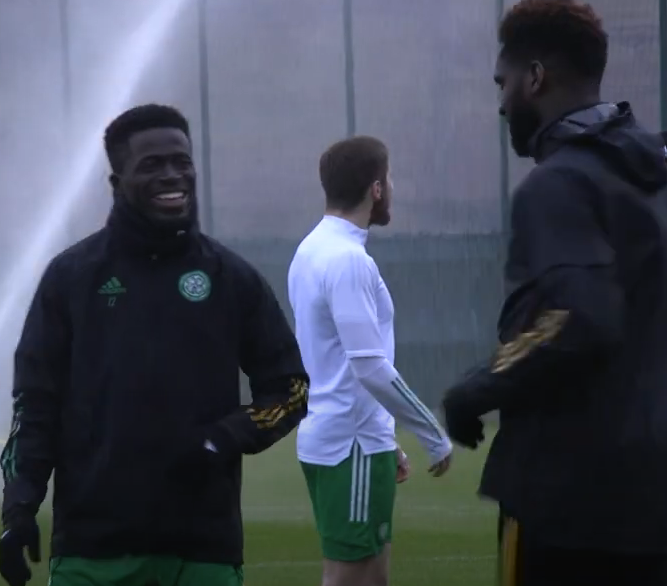 Kennedy must make a decision on Odsonne Edouard who was lethargic in the 1-0 loss to Ross County in Dingwall on Sunday night, Lennon’s final farewell in his second stint as gaffer.

Leigh Griffiths, Patryk Klimala and Albian Ajeti are the alternatives, but, unfortunately, none of the trio has sparked in a disappointing campaign.

* DON’T miss the unbeatable match report from Celtic v Aberdeen at Parkhead this afternoon – only in your champion CQN.