ANGE POSTECOGLOU will refuse to be sidetracked by the Scott Brown situation as he focuses on his Celtic ambitions.

That’s the firm view of former Hoops star Davie Provan who is convinced the long-serving captain “made a mistake” in quitting the club last summer for a player-coach role at Aberdeen.

Brown, 36, is now at the crossroads of a glittering career after 14 glorious years at Parkhead in which he won a remarkable 22 honours, including TEN titles.

The inspirational midfielder saw his contract scrapped by the Pittodrie club earlier this week with around 15 months still to run. 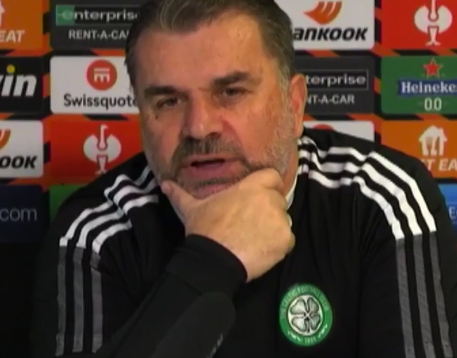 THE THINKER…Ange Postecoglou has a lot on his mind in Celtic’s quest for more silverware.

He has already been linked with an emotional return to the east end of Glasgow while ex-boss Brendan Rodgers, now in charge at Leicester City, has offered to have a chat to his one-time influential captain about a pathway into coaching and management.

But Provan, who was one of the 10 men who famously beat Rangers 4-2 to win the league in Billy McNeill’s comeback season in 1978/79, said: “I’m not convinced that Ange Postecoglou is the type who would give him a position out of sentiment.

“This is the Postecoglou era. There’s a title to be won and he appears to be perfectly happy with the coaching team that he inherited, Gavin Strachan and John Kennedy, Stephen McManus is there, as well.

“I don’t think for one minute Ange Postecoglou will be thinking: ‘How do I make room for Scott Brown?'” 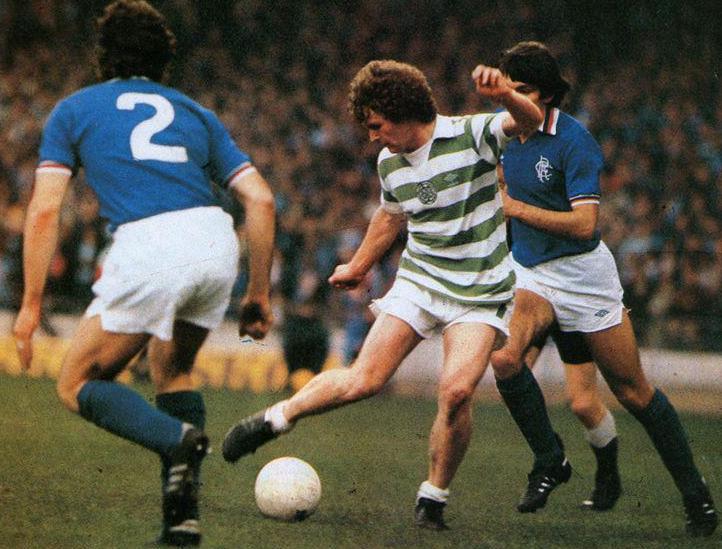 The ex-onfield leader of the Hoops left the Dons just three weeks after his friend and former Hibs team-mate Stephen Glass was sacked to make way for St Mirren’s Jim Goodwin.

Provan insisted his old club had made efforts to keep the player who joined from Hibs in May 2007 for £4.4million right up until he signed a pre-contract with the north-east outfit.

Asked if Brown could decide to continue playing, the former Scotland international, speaking to Go Radio, answered: “He’s certainly not the player that he was.

“Does he really want to do that, given what he’s done in the game? I’m not sure he would want to play on.

“I think he made a mistake leaving Celtic and it surprises me that they didn’t find a place for him, similar to Steven Gerrard at Liverpool, who started taking the younger teams as a coaching apprenticeship. 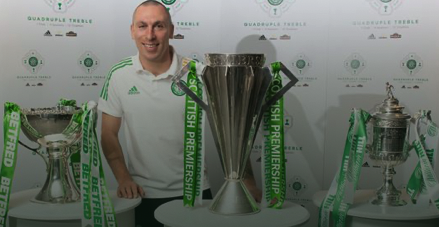 PRIZE GUY…Scott Brown poses with the quadruple treble after the delayed Scottish Cup Final win over Hearts in December 2020.

“I thought Scott Brown should have stayed at Celtic. Will he get into management? I’m not sure where he gets in.

“I think had he stayed at Celtic in the longer term he’d have had a better chance of getting a decent managerial job, either at Celtic eventually or somewhere else, after he had done his apprenticeship with the youth team.”

In the meantime, Postecoglou has guided Celtic to the Premiership pinnacle, leading by three points with eight games to play.

The immediate focus is on the Scottish Cup quarter-final against Dundee United at Tannadice on Monday evening.