SCOTT BROWN will be hoping to make his mark on Aberdeen after making an emotional farewell to Celtic at the end of an extraordinary campaign.

The Hoops hero amassed an astonishing TWENTY-TWO medals in his 14 glorious years at Parkhead after Gordon Strachan shelled out £4.4million to Hibs for him in the summer of 2007. Of course, he can add to that impressive tally if he leads the team to a record-breaking fifth successive Scottish Cup on May 22 at Hampden, scene of many of his triumphs.

Brown has had many memorable tussles against the Dons over the years, but he will most certainly want to forget an encounter at Pittodrie in November 2014 when the champions’ captain was red-carded by referee Alan Muir in a dramatic encounter.

The game was tied at 1-1 with Stefan Johansen equalising an Adam Rooney strike when the midfielder, booked earlier for a challenge on Peter Pawlett, was involved in a clash with Niall McGinn. Down went the former Hoops prospect and out came the red card from the match official.

Brown trooped sadly to the dressing room with his head bowed in anguish. It wasn’t all bad news, though, for Brown or new manager Ronny Deila – Virgil van Dijk claimed a stoppage-time winner for a crucial victory en route to the club’s fourth consecutive championship in the wonderful nine-in-a-row sequence. 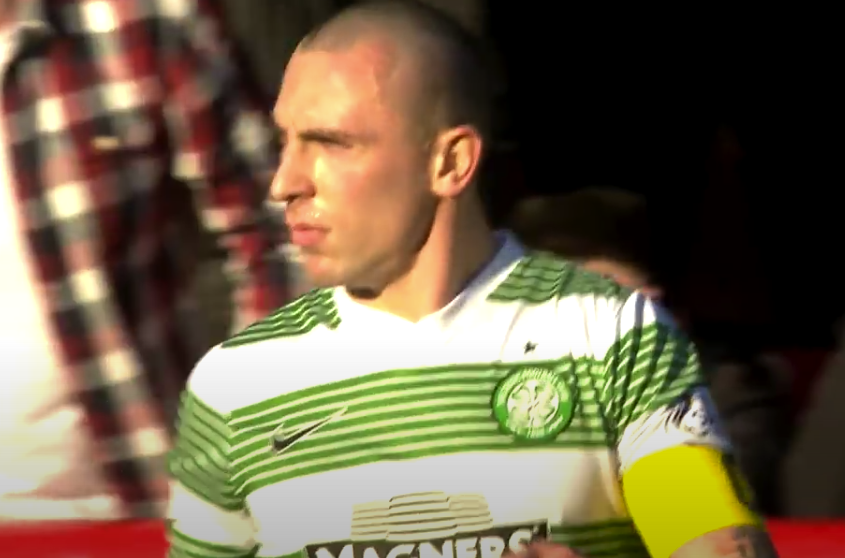 ON THE LOOK-OUT…Scott Brown leading Celtic at Pittodrie in November 2014. 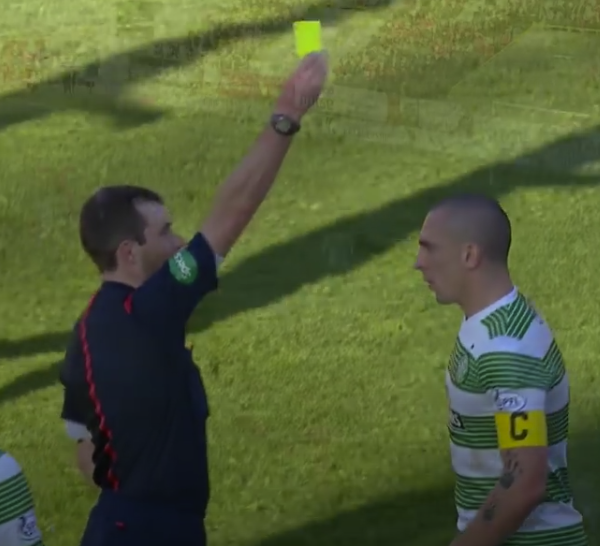 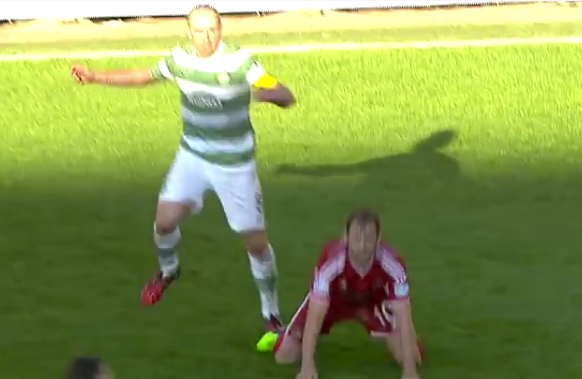 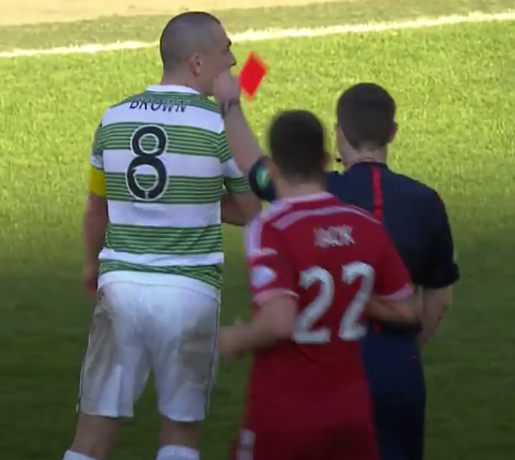 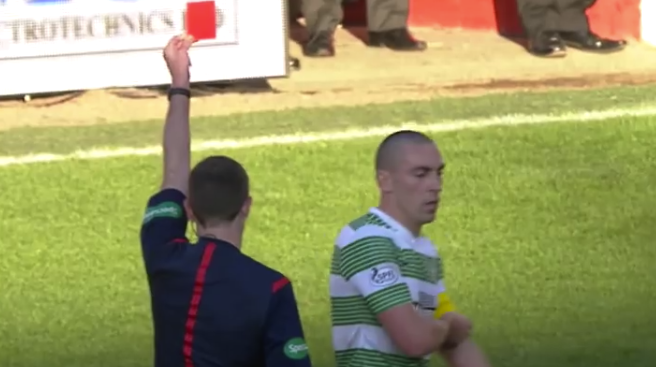 OFF…Scott Brown prepares to remove the armband and hand it to Virgil van Dijk – who hit the last-gasp winner.