Celtic Quick News on News Now
You are at:Home»Latest News»BROONY THANKS FANS
By CQN Magazine on 20th December 2018 Latest News

SKIPPER Scott Brown shared his delight after playing his 500th game for Celtic in the 3-0 trouncing of Motherwell at Parkhead last night.

The 33-year-old midfielder, bought by ex-boss Gordon Strachan for £4.4million from Hibs in 2007, took to Twitter to post an image of supporters in the stands holding up a picture of him, with banner underneath reading: “Iconic, invincible, irreplaceable.”

A grateful Brown said: “500 games for this amazing club means so much and thanks for this last night.”

The post quickly went viral with hundreds of supporters congratulating him on the landmark achievement.

Brown is entering the final months of his contract and has been linked with a move to Australia.

Manager Brendan Rodgers has admitted he wants to keep the powerhouse, but has also insisted he will not put him under pressure before his final decision.

The former Scotland captain, who quit the international scene this year, has been invaluable in recent seasons and has proved to be a bargain at what was a receord fee between Scottish clubs 11 years ago. 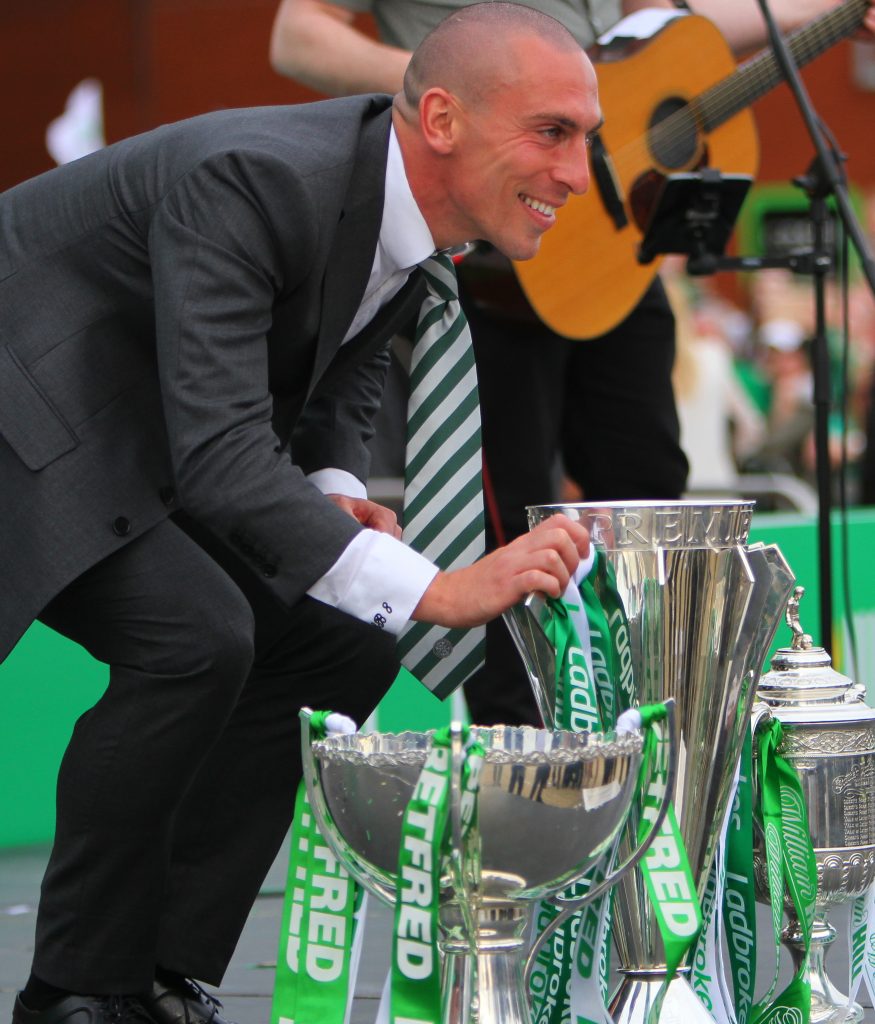