SCOTT BROWN has warned of the dangers of taking on struggling Hibs in tomorrow’s Betfred League Cup semi-final at Hampden.

The Celtic skipper is aware of the threat of underestimating opponents and emphasised the Hoops, the holders of the trophy after winning it for the past three years in their historic treble treble campaign, must have the “right attitude”.

The Edinburgh side have won just one Premiership game all season and are in ninth place, one point above bottom side St Mirren. They have drawn their last five matches, including a 1-1 stalemate with Neil Lennon’s men last month.

Brown has passed himself fit, as CQN reported yesterday, for the intriguing encounter after limping off during the midweek 2-0 victory over St Mirren at Parkhead that kept the team top of the table. 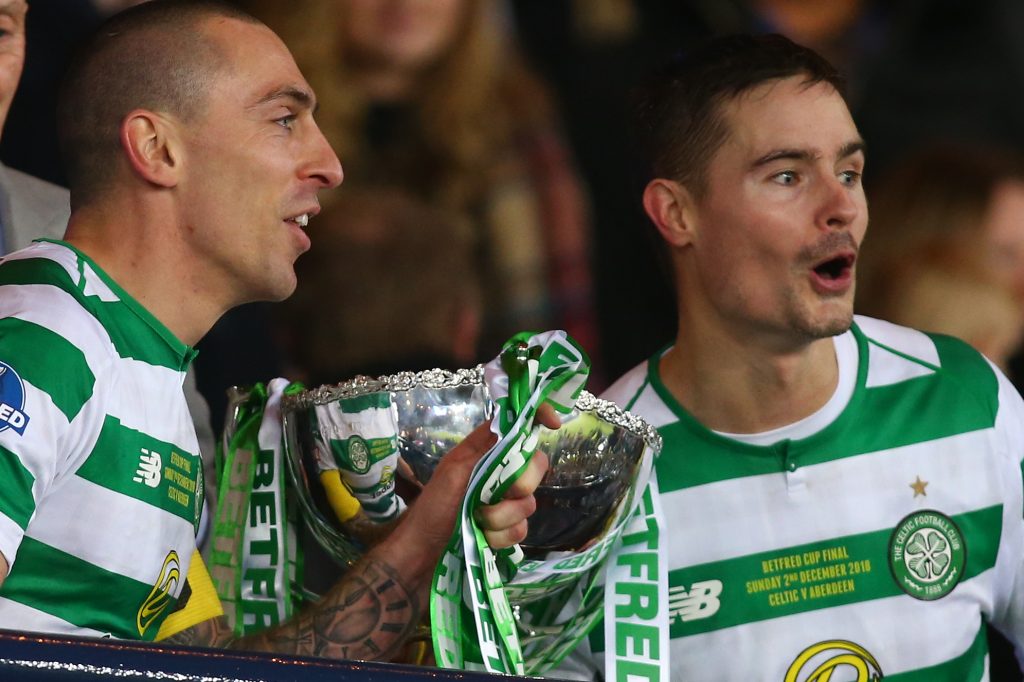 The 34-year-old onfield leader, speaking to Sky Sports, said: “It is always dangerous that, especially when a team is not doing as well as it probably should have done in the last four or five games.

“Hibs give us a hard game a couple of weeks ago.

“When they played against us, they did really well, they created a couple of chances and got a little bit lucky with the goal, but it’s one of those things. In a semi-final you never know what can happen.

“Football is a funny, funny place, but we need to make sure we’ve got the right attitude, we come here and we play our own game.

“As I say, it’s dangerous because it’s always in the back of your head that we have come here before in semi-finals not performed well and been beaten.

“We have done really well in the last couple of years. It’s about us focusing on playing our strengths, above anything else.”

Brown has won the tournament five times with Celtic and once with the Edinburgh team before his big-move to Parkhead when ex-voss Gordon Strachan sanctioned the record fee between Scottish clubs.

As for his fitness, Brown added: “I’m okay. It was a little bit of a precaution coming off against St Mirren. I’m at the stage where I know my body, so we made that sub before something bad ends up happening.”