Celtic Quick News on News Now
You are at:Home»Latest News»BROONY: ‘WRITE HIM OFF AT YOUR PERIL,’ CALMAC
By CQN Magazine on 10th February 2021 Latest News

CALLUM McGREGOR insists Celtic should count themselves LUCKY if Scott Brown stays for another season.

The Hoops skipper, who will celebrate his 36th birthday in June, is out of contract at the end of this campaign and there have been question marks over the champions offering an extension to the midfielder who joined from Hibs in 2007.

Former Hoops favourite John Collins was the Easter Road manager who sold the player to Gordon Strachan for £4.4million which is still a record transfer fee between two Scottish clubs. The ex-assistant to Ronny Deila during the Norwegian’s two-year reign claims the club should have been looking for a replacement for Brown last summer, as CQN reported.

However, vice-captain McGregor is first to emphasise the importance of the leadership qualities the veteran midfielder brings to the club on and off the pitch.

A summer of upheaval among the playing staff is on its way after a massively disappointing season, but the Scotland international is adamant the man who has won 22 trophies in his glittering career in the east end of Glasgow MUST stay. 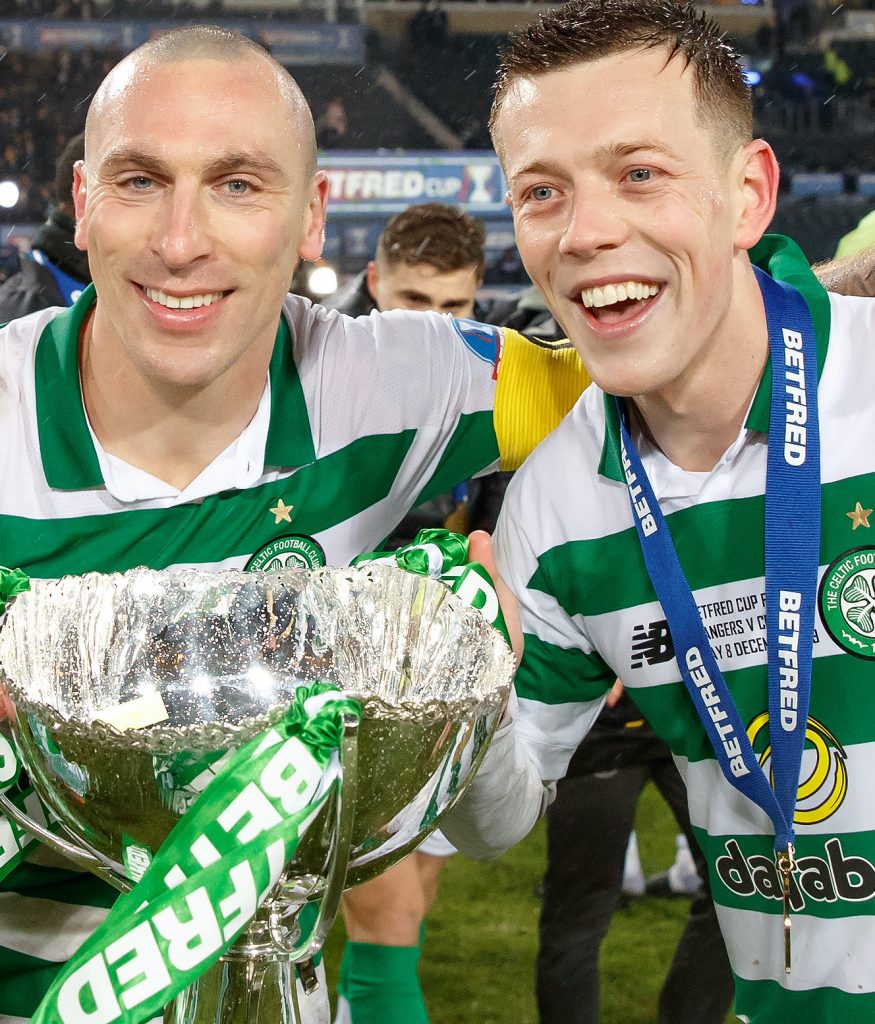 McGregor said: “Broony has a huge impact and write him off at your peril, because he’s going to come back. He’s done it a few times now and against Kilmarnock last week, I thought he was the best player on the pitch. He was absolutely outstanding.

“The thing with Scott is that people underestimate how good a footballer he is and how good his football brain is.

“Then there’s all the other leadership qualities that he has, and you can see it rubbing off on the team.

“Over the past 13 years he’s been right up there along with the best Celtic players that there’s been and there’s a reason for that, it’s because he’s so good.

“Obviously, I don’t want to speak about what he should do or what he is going to do, that’s up to Scott. But he’s such a big personality and such a big leader.

“If we are lucky enough to get him for another year then that would be a brilliant decision, but if he decides something else then you have to respect that, as well.

“As long as he wants to be at Celtic, we’re lucky to have him.” 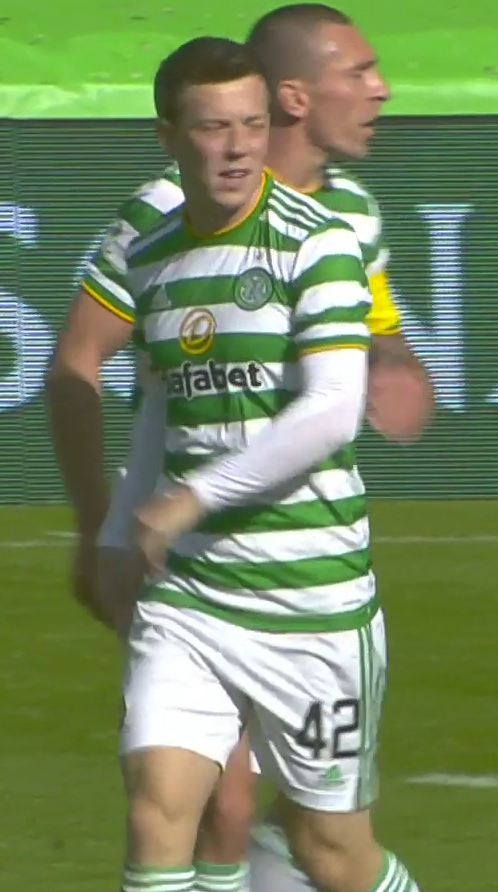 TWO HEADS ARE BETTER THAN ONE…Callum McGregor and Scott Brown get their act together in the 3-2 win over Livingston this season.

Asked if it has been awkward to take over the captain’s armband in the absence of Brown, McGregor, speaking to the Scottish Sun, answered: “Not really, no. The manager picks the team and if he is playing or not playing, we just have to get on with it.

“I try to look at it in a positive light and just try to learn from him all the time. Even when he’s not playing, he’s still a big influence on the changing room, as well. He’s such a great character in that sense.

“When he’s not playing he’s not disappointed, he’s still trying to help the lads and you can see as soon as he comes on he’s buzzing to be on the pitch again and I’m happy to have him on again.

“I don’t think there’s any awkwardness in it at all, it’s just about me trying to learn from him as much as possible.”

McGregor and Brown are likely to dovetail again tonight when Celtic travel to Paisley to take on Jim Goodown’s side who triumphed at Parkhead last month for he first time in 31 years.

* DON’T miss the unbeatable match report from St Mirren v Celtic this evening – only in your champion CQN.