Celtic Quick News on News Now
You are at:Home»Latest News»BROONY ZEROES IN ON BIG BILLY
By CQN Magazine on 20th May 2018 Latest News

As Hampden was transformed into a green-and-white paradise, the Hoops skipper realised he was only six honours behind legendary captain Billy McNeill.

However, he backed team-mate James Forrest to surpass the iconic Lisbon Lion – and perhaps overcome Bobby Lennox’s tally of 25.

Brown, following 11 mainly successful years at the club following his £4.4million move from Hibs, insisted he is hungry for more medals. 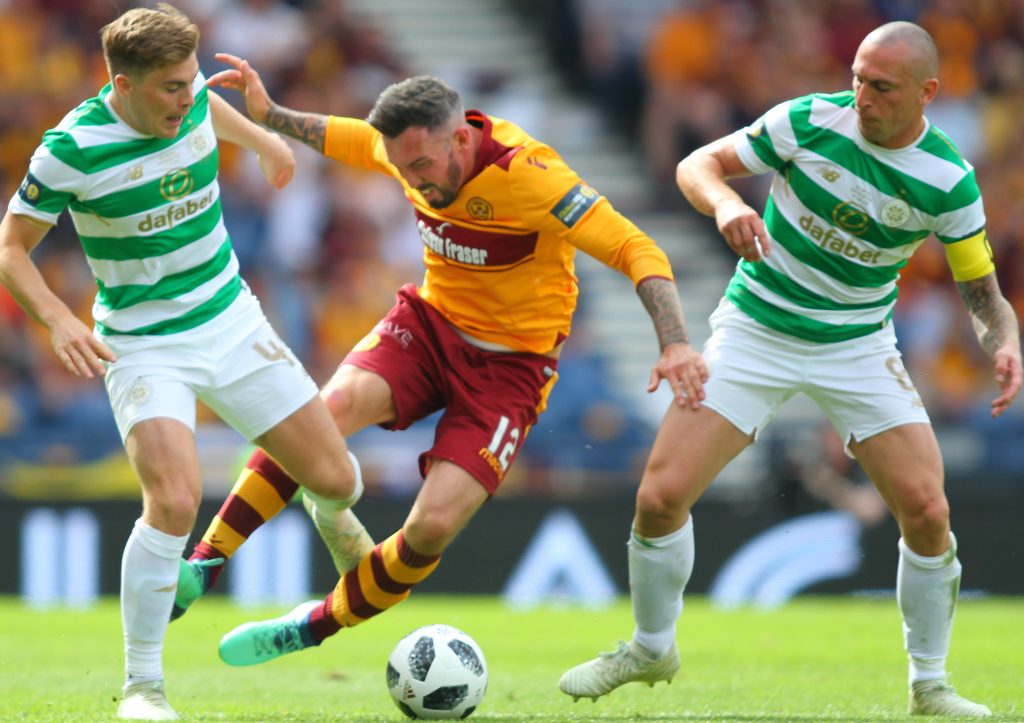 Brendan Rodgers’ onfield leader, who will celebrate his 33rd birthday next month, said: “People talk about me, but look at James Forrest.

“He’s won a lot of trophies and, at 27, has many more years ahead of him than I have.

“James will go on and break records and he could go past that 22 of Billy McNeill’s. Could I do that? We’ll see how next year goes.

“It’s different times. Football has changed, the type of professionalism, the amount of games we play. To be compared to Billy McNeill and Bobby Lennox is brilliant, but they’re legends.”

Brown will round off his testimonial year with a game between Celtic and a Republic of Ireland XI at Parkhead this afternoon.

After the event, he will go on holiday before returning for a fresh campaign.

He added: “There’s a lot more in the tank yet, so I’ll see how many more trophies I can get. I fancy two or three seasons. Four is a big push, but I’ll keep going.

“We’ve been creating history with this team and under this manager, but we start again next season. The qualifiers will be here soon and we must make sure we get Champions League football again.”