A hard-fought contest against a gutsy Kilmarnock side was heading for a scoreless stalemate when the champions forced a corner-kick in the last minute. The flighted cross drifted into the mix from the right and wasn’t properly cleared by the home defenders.

Suddenly, there was the opportunity for the Hoops’ inspirational skipper to pounce and he didn’t hesitate as he arrived at just the right moment to pulverise a right-foot belter at the Killie goal. The effort took a nick off challenging central defender Alex Bruce on its was to its destination.

In an instant, two coveted extra points were added to the Parkhead side’s tally and no-one could blame the midfielder for celebrating big-style. Well, apart from referee Bobby Madden who flashed a second yellow card at Brown as he returned to the pitch to bring an automatic ban.

The timely strike pushed the title kings eight points clear at the top of the table on their way to their eighth successive Premiership crown.

Remarkably, it proved to be Brendan Rodgers’ last away league game in charge of the team. A week later, the Irishman was in the dug-out for the 4-1 win over Motherwell at Parkhead – and was then on his way to Leicester City a couple of days later.

Neil Lennon returned and the rest, as they say, is history.

CQN took a trip down memory lane as we captured the drama and excitement in Ayrshire just under a year ago. 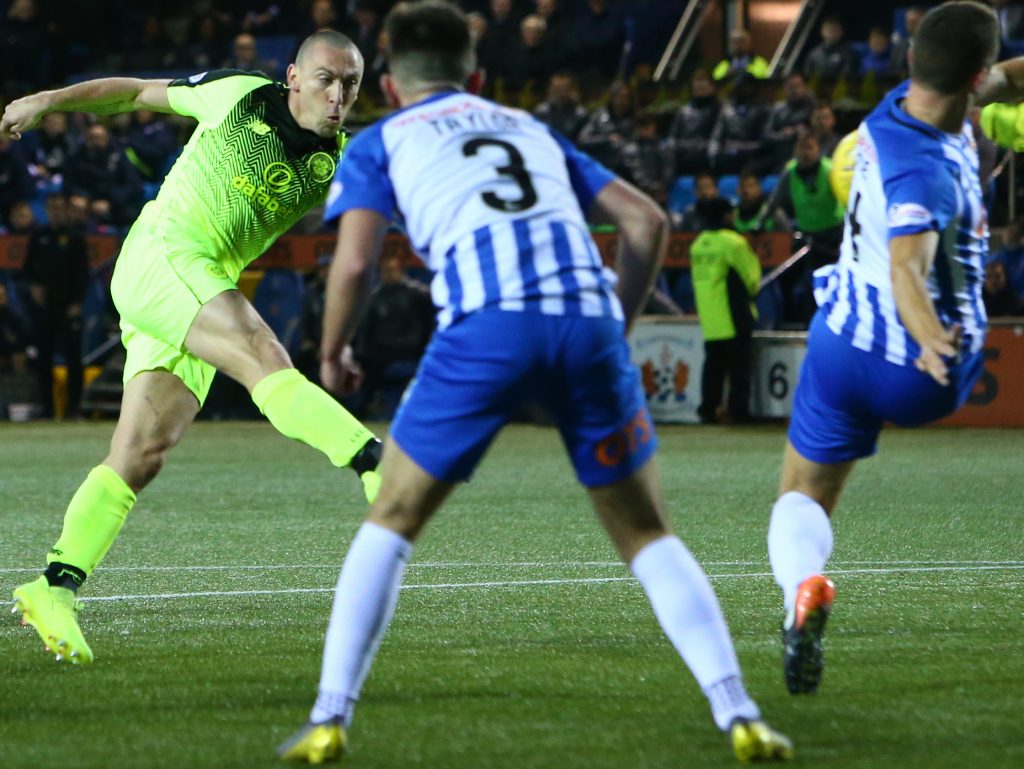 WALLOP…Scott Brown connects with a right-foot shot as Killie defender Alex Bruce attempts to intervene. Getting a close-up view is Greg Taylor, now a Celt. 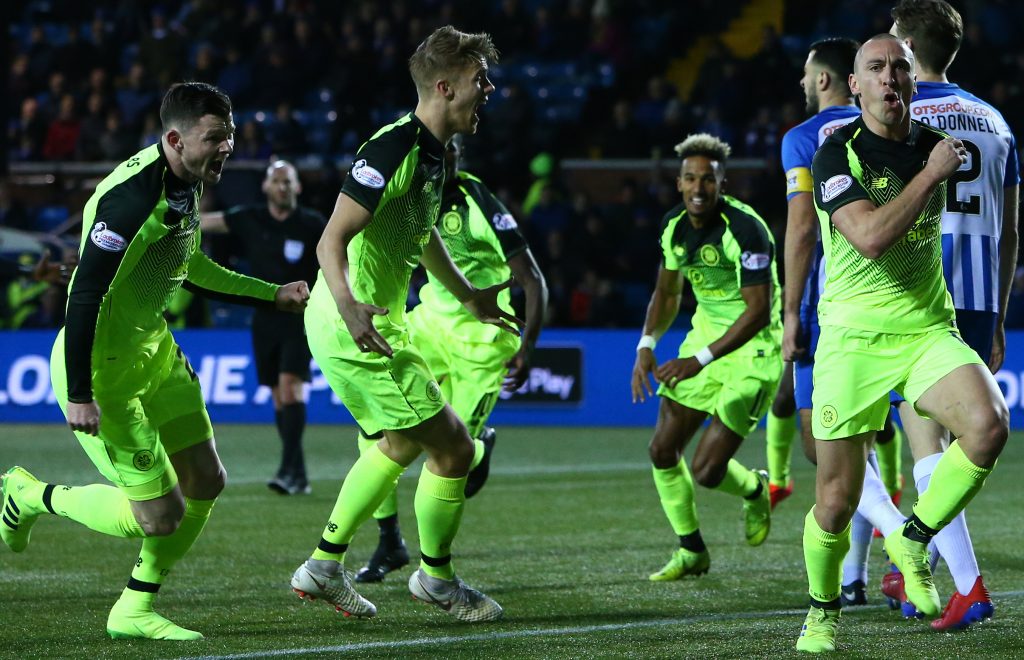 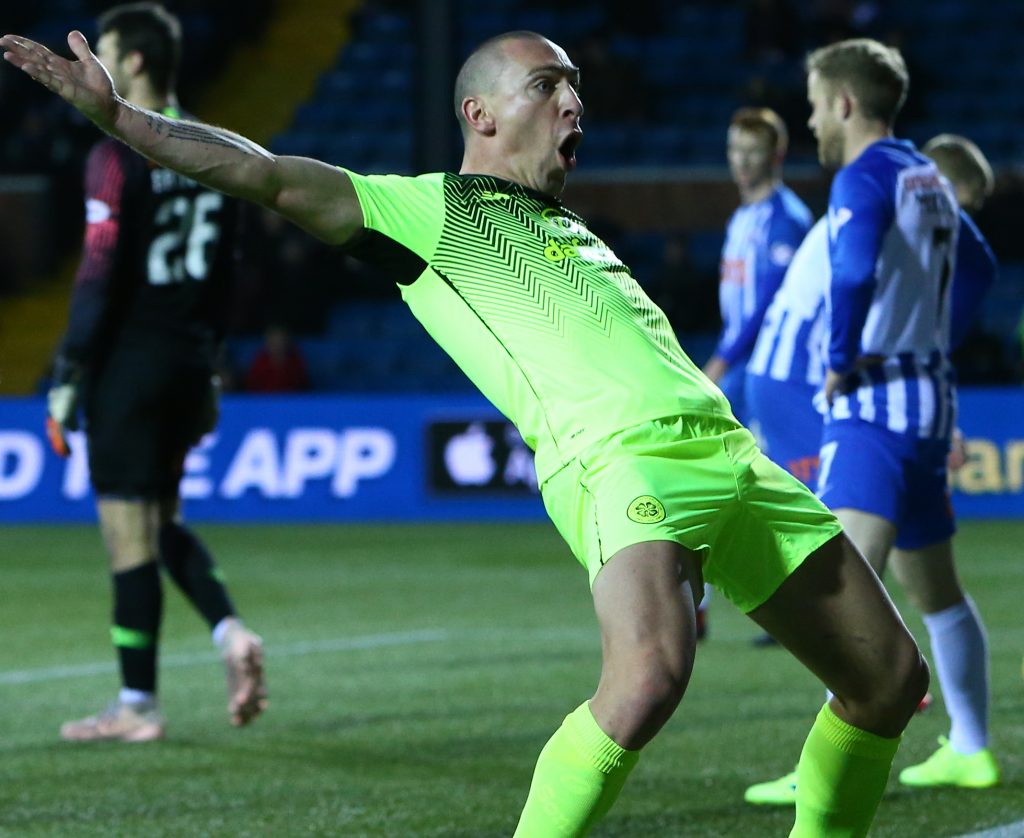 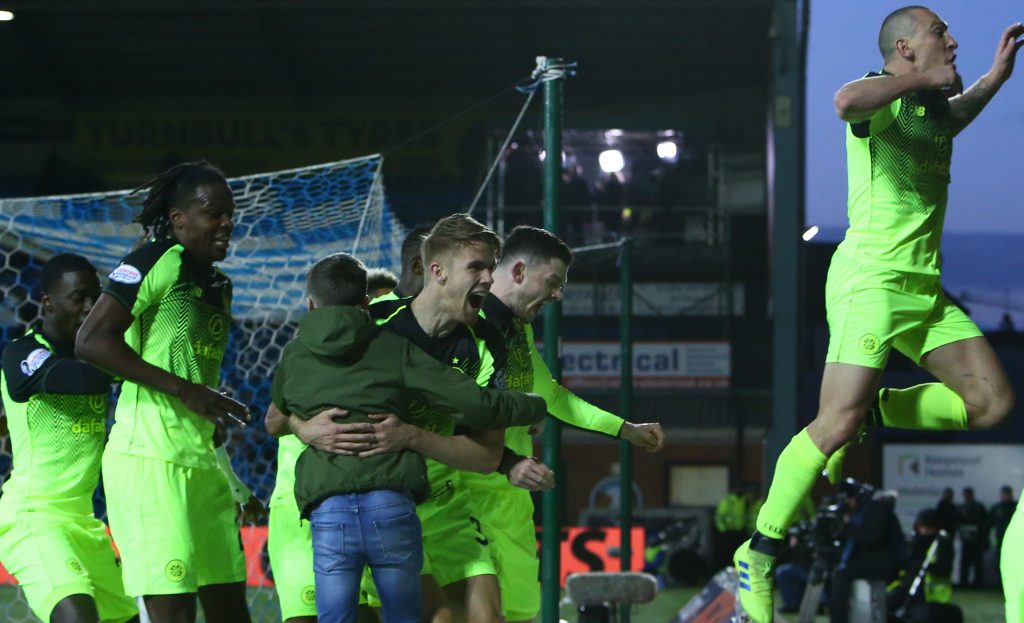 TAKE-OFF…Scott Brown launches himself over a hoarding as he shares his delight with the supporters. Moments later, he saw red.