SCOTT BROWN has given the thumbs up to Celtic’s multi-million pound new Bhoys as the champions bid for a historic tenth successive crown.

As the 35-year-old skipper prepared for tomorrow’s Premiership encounter against Ross County in Dingwall, he took time off to give his early appraisal of Neil Lennon’s work in the summer transfer market.

Left-sided raider Mohamed Elyounoussi, of course, was first to join when he returned from Southampton on a second successive temporary transfer.

Brown has watched the intriguing and costly Parkhead jigsaw come together and there could be more new additions before the deadline on October 5.

The Hoops powerhouse, speaking to the Glasgow Times, said: “It’s been a great transfer window for us. They have all come in and strengthened the squad.

“They just need some game-time to get themselves going. We’re looking forward to seeing everyone fully fit. It will be a great squad with great competition.

“That’s what the manager wants. He wants competition from the lads, whether it’s a goalie, a striker, a centre midfielder, a centre-half. He wants everyone to have competition. So, the standard of training is tip-top, as well.” 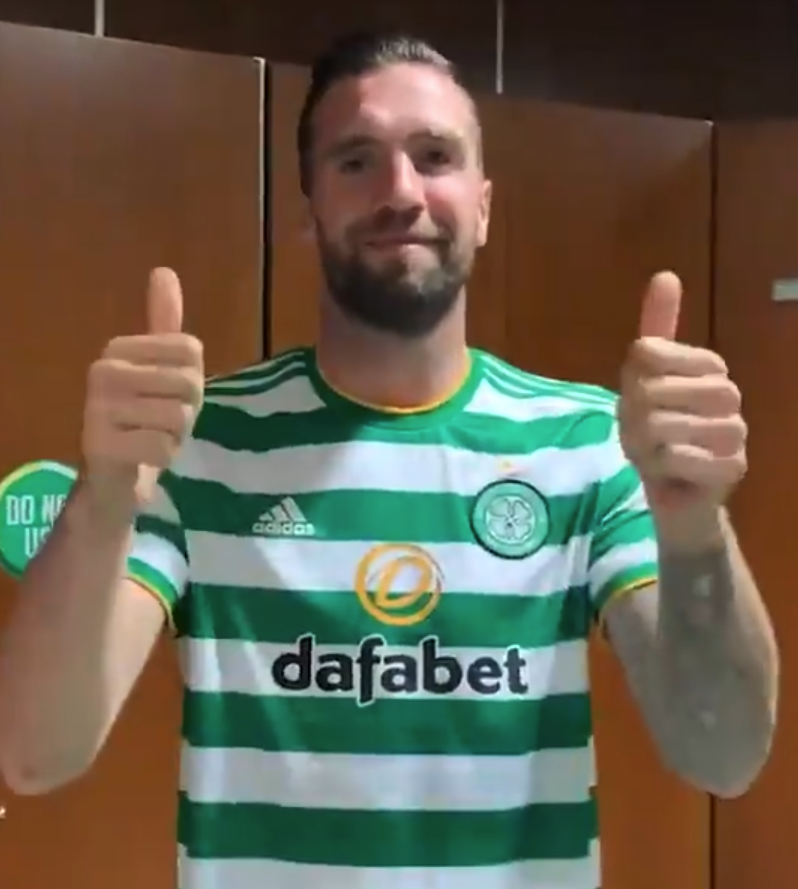 ON DUFFY, he said: “He’s a great lad. He spoke really well the last couple of days to all the lads.

“He’s a big, strong lad who has played English Premier League and Republic of Ireland. It’s great for us because it’s another leader at the back. He’s strong, he’s aggressive in the air.

“The manager felt we needed to bring in another centre-half and that’s what he’s done. We’ve found a fantastic centre-half.

“He has played in the English Premier League and wants to come to us, which shows you what a big club Celtic is. For him to be a boyhood fan and play for the club he loves, it must mean a lot to him.

“For him to come along here and play for the lads, it means a lot to us, too.” 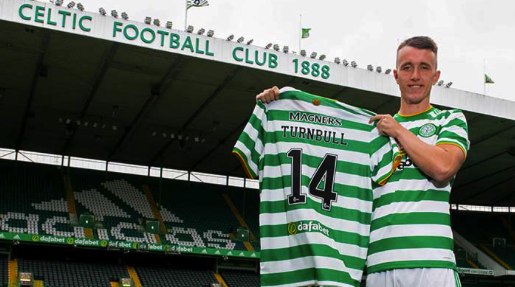 ON TURNBULL, the captain added: “He’s been great since coming in. He’s not trained too much, but I’ve seen some great glimpses, he works hard and is an honest boy.

“I like that he always looks forward, he’s got great touch and awareness. I’m looking forward to playing alongside him.

“I saw he said he wanted to emulate me, is that a compliment of a sign of my age? Maybe a bit of both!

“I was an attacking midfielder when I came in, so maybe I’ll pull him back a bit.

“He’s a great lad who is willing to learn and he has that ability to change a game. At Motherwell, he scored and created a lot of chances, so here’s hoping he can do even more with us.”

“David has that winning mentality. He’s a very strong person. You’re going to need that here. You need to take the stick as well as the pats on the back, but you need to believe in your own ability.

“It’s a great story. He almost signed, goes away and gets two operations and comes back in great shape and gets the move to us.