CELTIC legend John Hartson believes there is no-one better than Scott Brown to drive the champions to their eighth successive Premier League crown this season.

And the former Welsh international striker believes the skipper still has some “unfinished business” at the Hoops – with the magical 10 in a row in his sights.

Brown, 33, looked as though he was heading for the Parkhead exit after a glorious career in the east end of Glasgow that kicked off in June 2007 when ex-gaffer Gordon Strachan splashed a record fee between two Scottish teams of £4.4million to Hibs for the all-action midfielder.

However, an injury that saw him replaced during the 4-2 win over his ex-Easter Road club in October saw him sidelined for several games with Brendan Rodgers changing Callum McGregor’s role in the team. 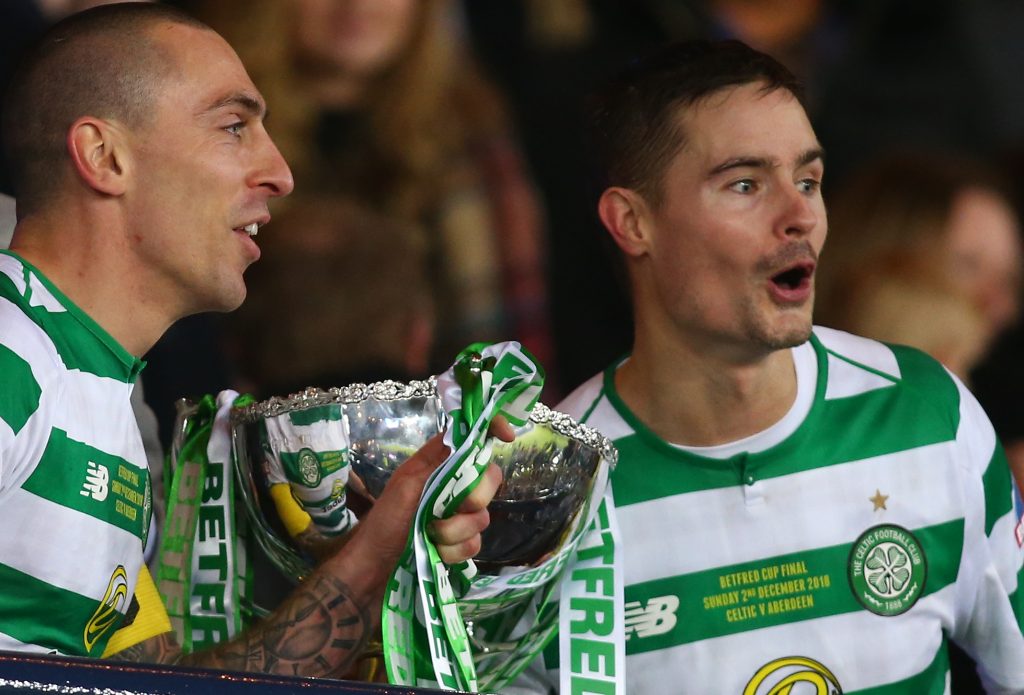 SMILES BETTER…skipper Scott Brown and Mikael Lustig with the newly-won League Cup at Hampden in December.

The Scotland international was a spectacular success in the anchorman slot and observers reckoned he added pace to the team.

Brown, with a lucrative offer from Australian A-league side Western Melbourne to consider at the end of his contract this season, could have brought down the curtain at Parkhead.

However, the combative midfield man agreed a two-year extension last week and Hartson was happy to be proved right in his assessment of the player and his ambitions.

He remarked: “I said to whoever would listen that he wouldn’t go anywhere. You get it wrong and you get lambasted, but I really felt that I was right and my reasoning was based purely on his personality and character.

“When there was a whole load of chat about Celtic playing better without him, I fancied that he would grit his teeth, let everyone have their say and just wait for his chance to get back in.

“He knows his own capabilities. He is a captain and a leader and I think he still has unfinished business at Celtic.

“I also think that the push to be part of the team who goes and wins an historic 10 was definitely a factor in his decision, too. I think he has loads of football left in him.

“And I don’t think there is anyone better at the minute to drive Celtic onto the title this season.” 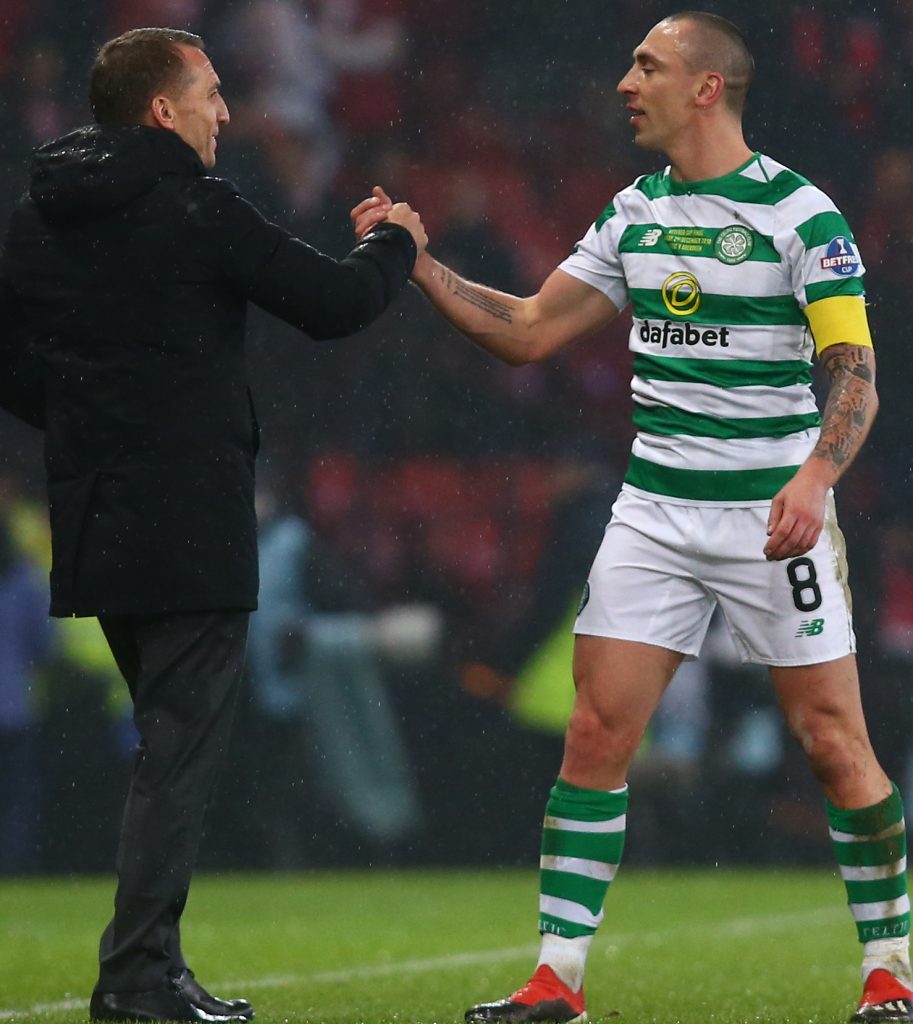 HAPPY ENDING…Scott Brown and Brendan Rodgers after the 1-0 silverware success over Aberdeen at Hampden. Pics: Geo.

Brown put in a Man of the Match performance in the 2-0 win over St Johnstone in Perth on Sunday and it was the captain’s long probing pass from deep inside his own half that released Timothy Weah with 12 minutes to go and the game locked in a goalless deadlock.

The teenage American’s touch to bring the ball under control was first class as was his cross for James Forrest to break the deadlock.

Weah added a second a minute from the end and the champions restored their six-point advantage at the top of the league.

Hartson, now a media pundit, added: “I just think Brown’s personality needs the challenge that comes with playing for Celtic.

“The intensity and the constant pressure. I think that is what he thrives on and Celtic are a far better team with him in there than they are without him.

“It is a crucial juncture in the season with big games coming up in the league, the Scottish Cup and the Europa League this month and I just fancy that Brown’s decision to stay will give everyone at the club a boost now.”