Celtic Quick News on News Now
You are at:Home»Latest News»BROTHER ‘PEDRO HAS GOT IT EASY,’ DEILA
By CQN Magazine on 24th March 2017 Latest News
RONNY DEILA reckons Pedro Caixinha has it easy compared to the task he faced when he took over as Celtic boss in the summer of 2014.
The Norwegian, who had a two-year reign at Parkhead, admitted he had to hit the ground running when he replaced Neil Lennon.
The Hoops were already champions and had enjoyed playing among Europe’s elite when the 38-year-old coach got the prestigious post following his title success at Stromsgodset the previous season.
However, the he 46-year-old Portuguese arrives at Ibrox as a virtual unknown after spells at Leiria, Nacional, Santos Laguna and Al Gharafa,
The Govan outfit had long since been dumped in the title race and were third in the Premiership when Caixinha took over from Mark Warburton. 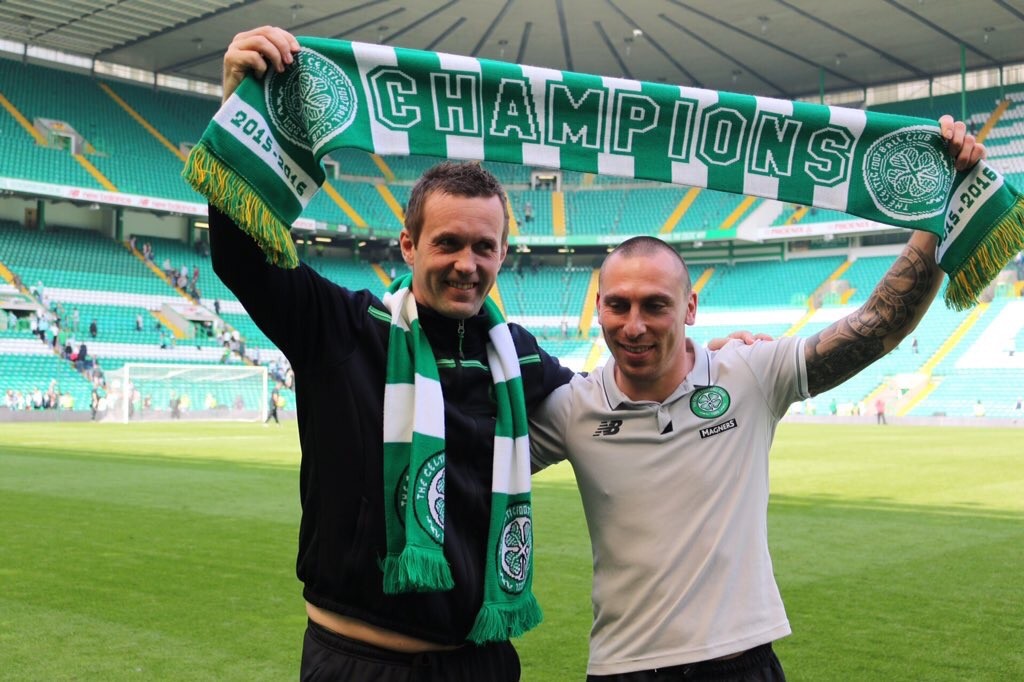 Deila, now living in Oslo and managing Valerenga, said: “It is, of course, a totally different thing to come in when the club is No 3 or No 4 in the SPFL.
“When I came in, Neil Lennon had won three or four leagues, so the expectation was much higher.
“I think it is much easier for Pedro to come in to these circumstances. But, at the same time, I don’t know what kind of money he will get to change the team around.
“The biggest difference for him is to come into the British culture of living, of working, and also the style of play.
“You see even Pep Guardiola coming in and having some problems with the intensity of the British game. So there are a lot of things that he will feel that are different.
“He is coming into a new culture, a new language, new opponents, new team, the whole environment in Glasgow with Celtic, Rangers (sic), religion, all these things.
“And I came alone, as well. I didn’t bring anyone with me. Of course, I should have brought someone in with me,
“Not a huge group, but you need to have people who understand what you are about.
“In saying that, John Collins was a fantastic assistant, along with John Kennedy.”
OUT today! Bobby Evans – Celtic’s Forgotten Hero by Tom Campbell. Order your copy for immediate delivery from www.cqnbookstore.com