Celtic Quick News on News Now
You are at:Home»Football Matters»BULLY BHOY DEMBELE
By CQN Magazine on 29th September 2016 Football Matters
BRENDAN RODGERS has hailed ‘Bully Bhoy’ Moussa Dembele after his two-goal performance in the 3-3 Champions League rollercoaster against Manchester City at a rocking Parkhead last night.
The 20-year-old French striker more than made up for the disappointment of a missed penalty-kick in the 7-0 horror show against Barcelona in the Nou Camp on Matchday One.
Rodgers praised every one of his players for their powerful show, but admitted Dembele, snapped up from Fulham for a £500,000 development fee in the summer, was special in the way he managed to put pressure on £32million centre-back Nicolas Otamendi as he took his Celtic goal tally to 12. 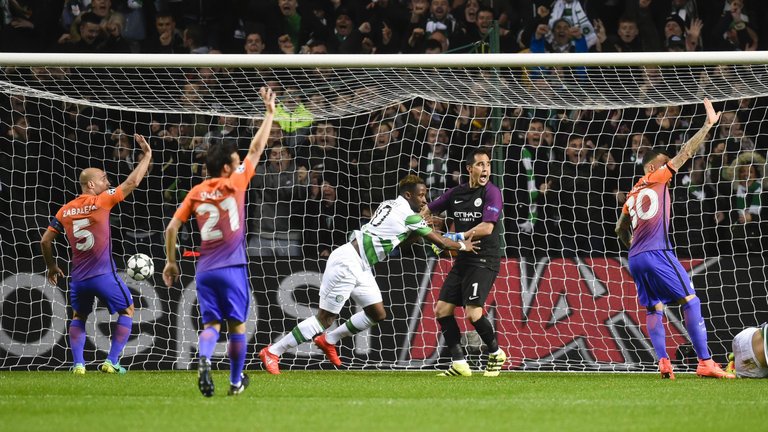 The Hoops boss said: “We’re very fortunate to have Moussa. He was coveted by a number of teams before coming to us.
“He was terrific. but he has been like that since he’s come in to the club. I thought he really bullied the back four of Manchester City. But he’s more than that.

“He showed he has a wonderful touch and agility for third goal. Overall, he showed his power and pace. He’s a huge talent and was outstanding.

”Hopefully, our overall performance shows this is a huge club. It just doesn’t have the platform of the English Premier League clubs, but we have one of the biggest clubs in the world.

“There should be a huge pat on the back for Glasgow Celtic, for the club, the atmosphere and the performance of the players.

“They have been relentless in their working and to come and virtually out-press Manchester City and be that aggressive is worthy of respect.”