KRISTOFFER AJER is poised to become the target of transfer tug of war for rwo Bundesliga clubs.

RB Leipzig are on the brink of joining Bayer Leverkusen in the chase for the Celtic centre-back who has made it clear he wants to quit the Hoops, despite having a year still to run on his contract.

Former European foes Leipzig are searching for a replacement for Liverpool-bound Ibrahima Konate and Ajer is on their wanted list, according to a report in German media outlet Fussball Transfers. 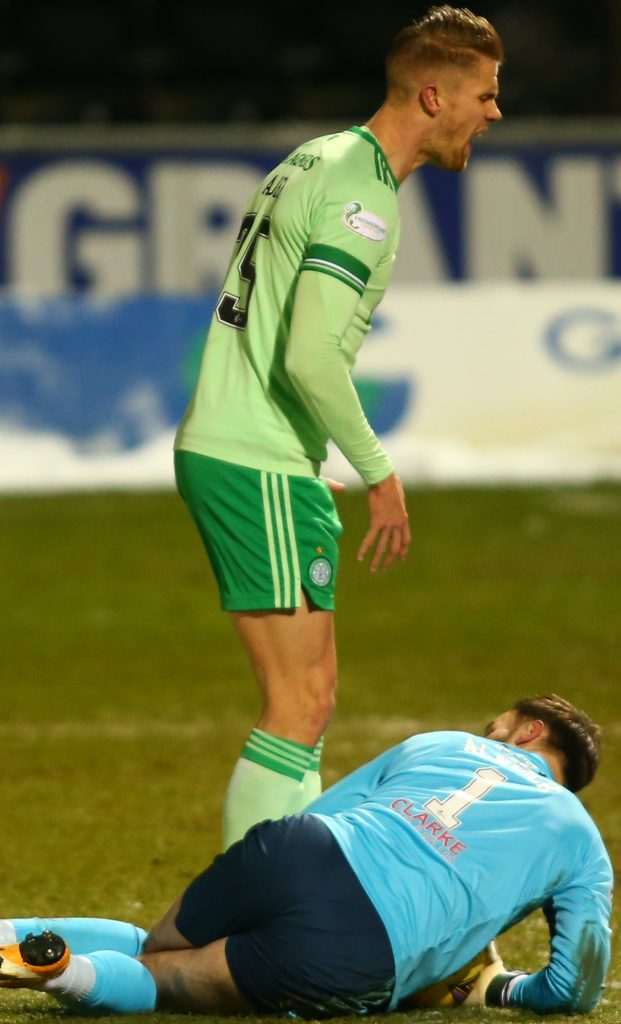 CRYING OUT LOUD…Kristoffer Ajer yells in frustration after being denied by St Mirren keeper Jak Alnwick.

Newcastle and newly-promoted Norwich City are also tracking the versatile Norwegian international who has spent five years at Parkhead since joining from his local club FK Start for £650,000.

It looks as though the Hoops are resigned to losing the popular 23-year-old back-four operator and it will be difficult to resist a massive offer from either of the German outfits.

Bayer Leverkusen raided the Glasgow club in an £11.8million swoop for right-back Jeremie Frimpong in January while Belgian centre-half Dedryk Boyata left at the end of his contract for mid-table Hertha Berlin in the summer of 2019.