CALLUM McGREGOR could have been patrolling the midfield areas of pitches in the Bundesliga in recent years.

The Celtic captain penned a new five-year deal to remain at the Hoops until 2025 at least, as CQN reported last week.

However, the inspirational anchorman may have taken a distinctly different career path early in his career, according to former team-mate Mark Fotheringham who revealed there was interest from Germany at one point in the Scotland international midfielder.

Neil Lennon loaned to the Glaswegian to Notts County in 2013 to give him much-needed game time before Ronny Deila handed the youngster his first-team debut the following season. 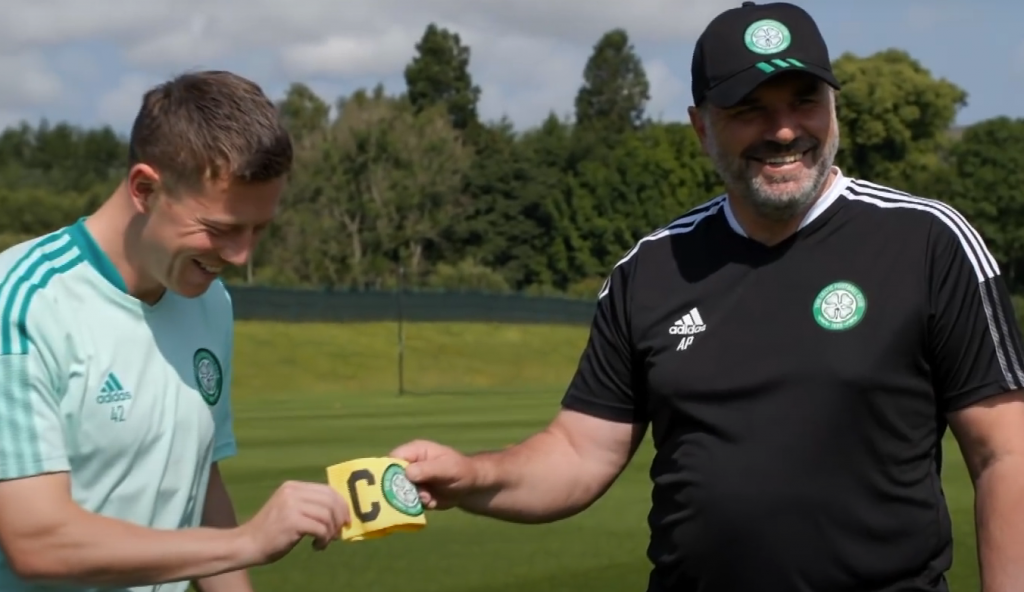 CAPTAIN’S ARMBAND…Callum McGregor is handed the responsibility by Ange Postecoglou at the start of the season. 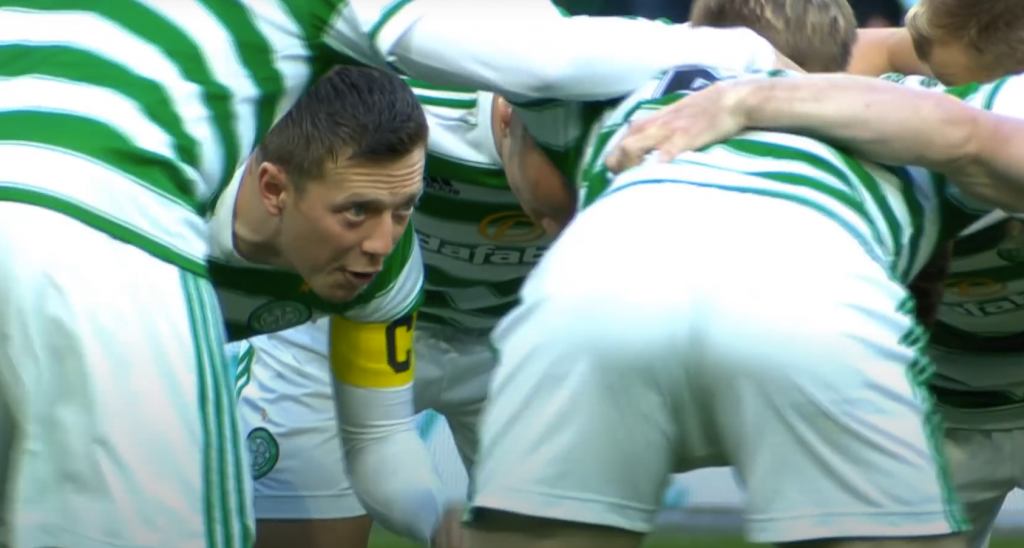 CAPTAIN’S ROLE…Callum McGregor fires up his team-mates in the Celtic huddle.

“Bayer will be delighted if he’s not involved tomorrow night. Clubs in Germany are well aware of Callum.

“I know Hertha Berlin were very keen on him at one stage.

“I’m very concerned for Celtic without Callum. Him being out has highlighted how important he is to everything. They lack that football brain on the pitch.

“He’s a coach on the pitch. The manager can get messages to him and he’ll relay it to the rest of the players.”

Fotheringham, speaking to the Scottish Sun, added: “When I was a kid, Paul McStay was my big hero. The Maestro. Now I see Callum the same way. He’s the new Maestro. 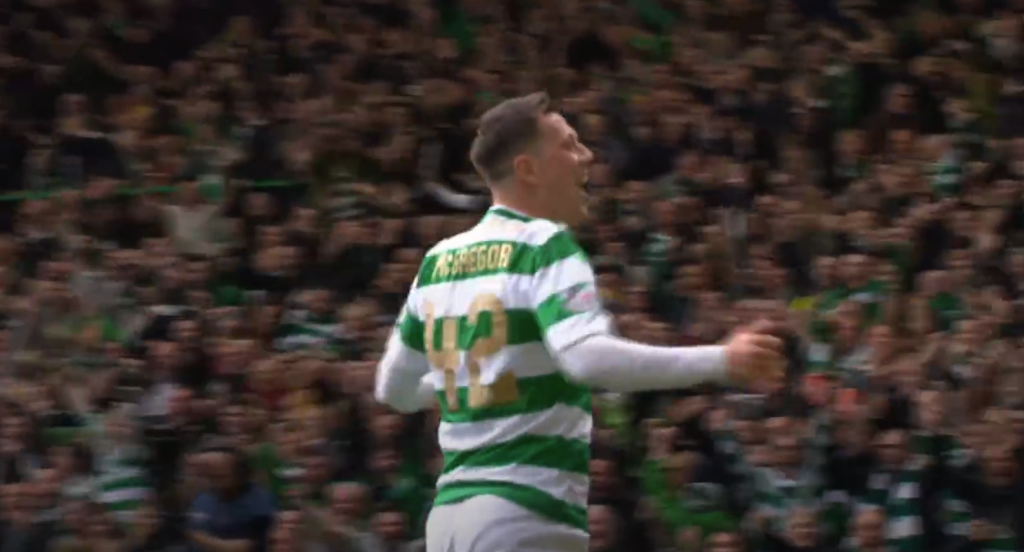 CROWDPLEASER…Callum McGregor acknowledges the applause of the Celtic fans after scoring a goal.

“In 20 years from now, there will be supporters talking about him the same as fans currently talk about McStay.

“Bayer will be formidable opposition for Celtic. The boy Wirtz looks absolute class and has an incredible future.

“But as far as I’m concerned, Callum’s the same for Celtic.”

McGregor has been out of the first team since coming off with a hamstring injury against Ross County earlier this month.

The middle-of-the-park orchestrator is struggling to be fit in time to face Bayer Leverkusen in the Europa League Group D confrontation under the lights in the east end of Glasgow tomorrow night.

James McCarthy stepped into the role against Real Betis in Seville last week and Dundee United on Sunday, but he, too, was crocked in the first-half in the 1-1 draw with the Tayside club.

Manager Ange Postecoglou faces a race against time to assemble a team capable of taking on and, hopefully, winning against the side that currently sit second in the Bundesliga, three points behind champions Bayern Munich.