OLIVER BURKE has already scored more goals for Celtic than he managed in his entire career at RB Leipzig.

The powerful striker has struck twice for the Hoops since his six-month loan arrival from West Brom – the two goals in the 4-0 win over St Mirren at Parkhead last month.

Burke made his fifth appearance for the champions in the 2-0 triumph over St Johnstone at McDiarmid Park on Sunday.

During his season-long stay at the Bundesliga outfit, the 21-year-old forward made 26 appearances and claimed one goal.

The player, who has totalled almost £30million in his transfer moves, is being rejuvenated at Celtic to the extent he is now looking at making an impact with Scotland.

Burke won the last of his five international caps under former national team boss Gordon Strachan in a 1-1 friendly draw with Canada in March 2017 and dropped back to captain the Under-21s in the Toulon tournament last summer.

He is aware that Alex McLeish will soon be choosing his squad for the 2020 European Championship qualifying double-header next month against Kazakhstan and San Marino. 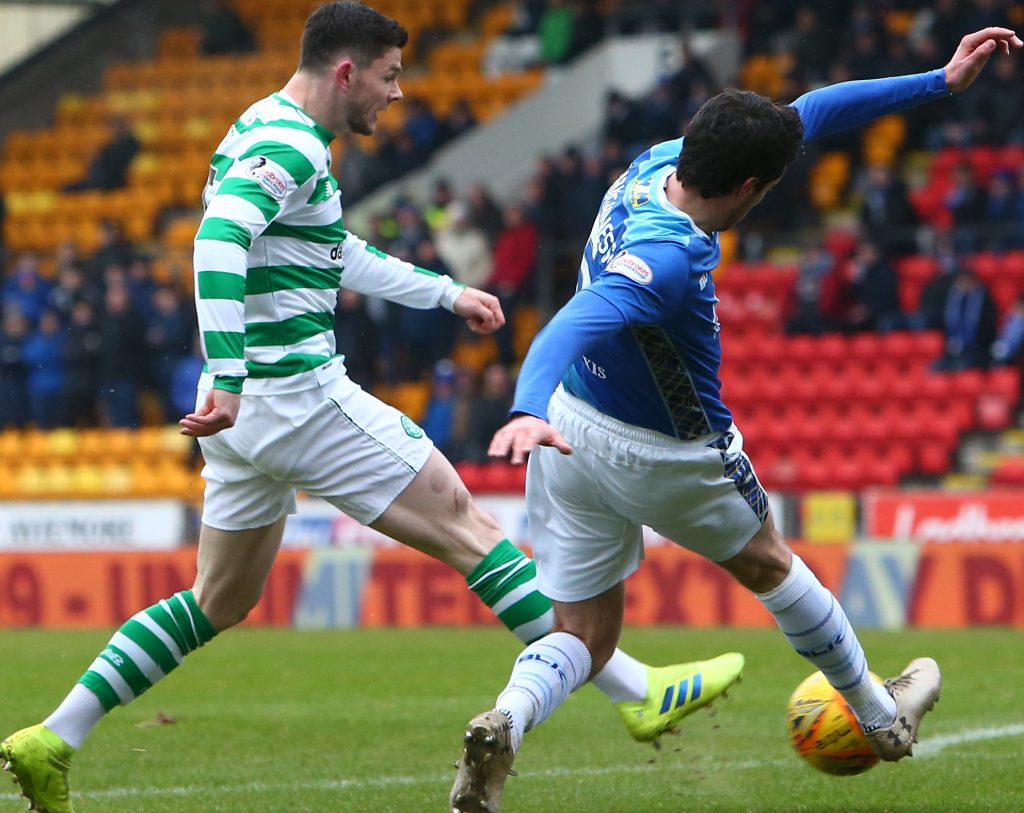 WHAM…Oliver Burke tries his luck against St Johnstone on Sunday, but is out of luck. Pic: Geo.

As he prepared for tonight’s Premiership encounter against Hibs at Parkhead, Burke said: “I am really eager. It is something I have my eyes set on and I really want to be back involved with it, but we will see what happens.

“I have to perform and I have to show that I am capable of playing in the international first team.

“I am focused at club level right now. It is definitely a huge platform here.

“I feel very privileged and proud to be wearing the jersey and to be stepping out there.

“It is an amazing feeling and I hope I can continue and keep giving my all.”

FOR THE RECORD: Burke netted six goals in 31 appearances for his first club Nottingham Forest. He played two games on loan at Bradford City and didn’t score. His £13million move to Leipzig brought one goal and then he shifted to the Hawthorns outfit in a £15million switch, but claimed only one goal in 21 outings.