CELTIC have issued a stinging statement in response to “ridiculous and completely inaccurate” comments from West Brom’s Luke Dowling regarding the club’s handling of Oliver Burke.

Burke arrived from the Hawthorns outfit in January on a temporary transfer arranged by ex-gaffer Brendan Rodgers who suddenly quit the champions for Leicester City the following month.

The Scotland international failed to impress Lennon and made his last appearance for the club in the Flag Day win over Hearts. He was replaced at the start of the second-half by 16-year-old Karamoko Dembele and didn’t make the squad for the Scottish Cup Final with the Edinburgh side a week later. 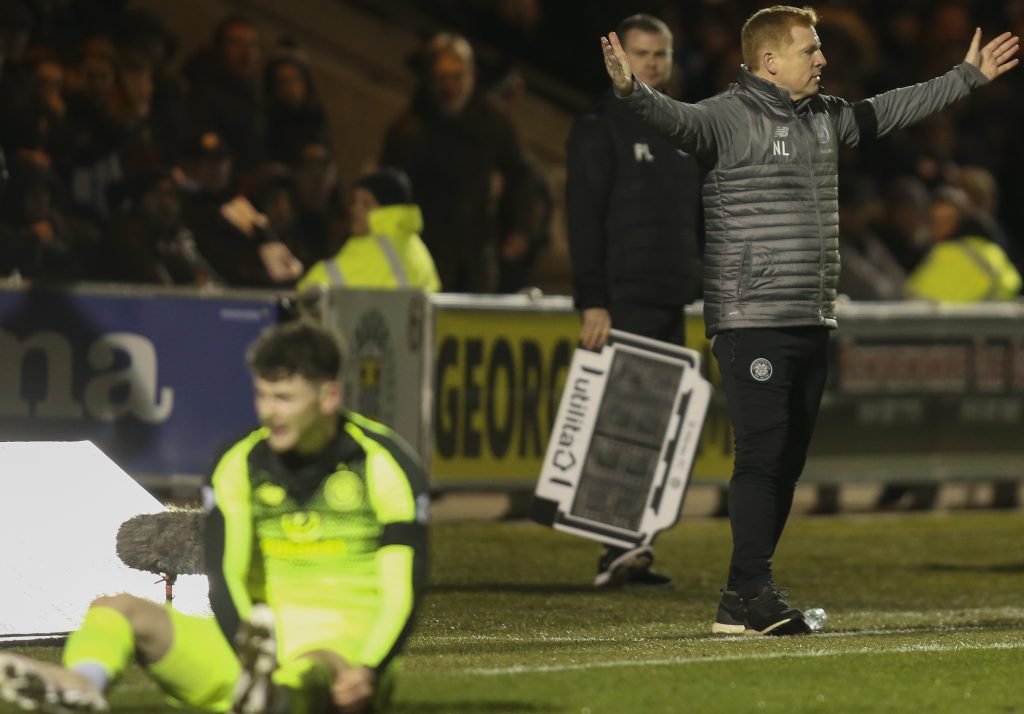 DOWN AND HEADING OUT…Oliver Burke is grounded as Neil Lennon appeals in the 2-0 win at St. Mirren in April.

Dowling said: “He won’t be going nowhere near Celtic with the current manager.

Celtic reacted with a strongly-worded statement, which read: “These comments, which question the professionalism of both Neil and Celtic Football Club, are ridiculous and completely inaccurate.

“West Brom have made no contact whatsoever with either Neil or the club in relation to Oliver.

“As with every player who comes to Celtic, Oliver received the very best of treatment and every support and opportunity. We wish Oliver the very best for the future.”

Burke, who appeared more than content at Parkhead, scored four goals from 19 appearances, five as substitute.