OLIVER BURKE is hoping to get on the goal trail against Valencia tonight while he continues his charge towards a Scotland international return, as CQN reported at the start of the month.

The powerful frontman, who has scored three goals for the Hoops since his loan arrival from West Brom last month, has taken on the onus of leading the attack in the absence of Odsonne Edouard and Leigh Griffiths.

The new Bhoy has not played a competitive game since December 8 and the Irishman did not feel he would be up to the rigours of two highly-competitive European ties against top quality opposition. 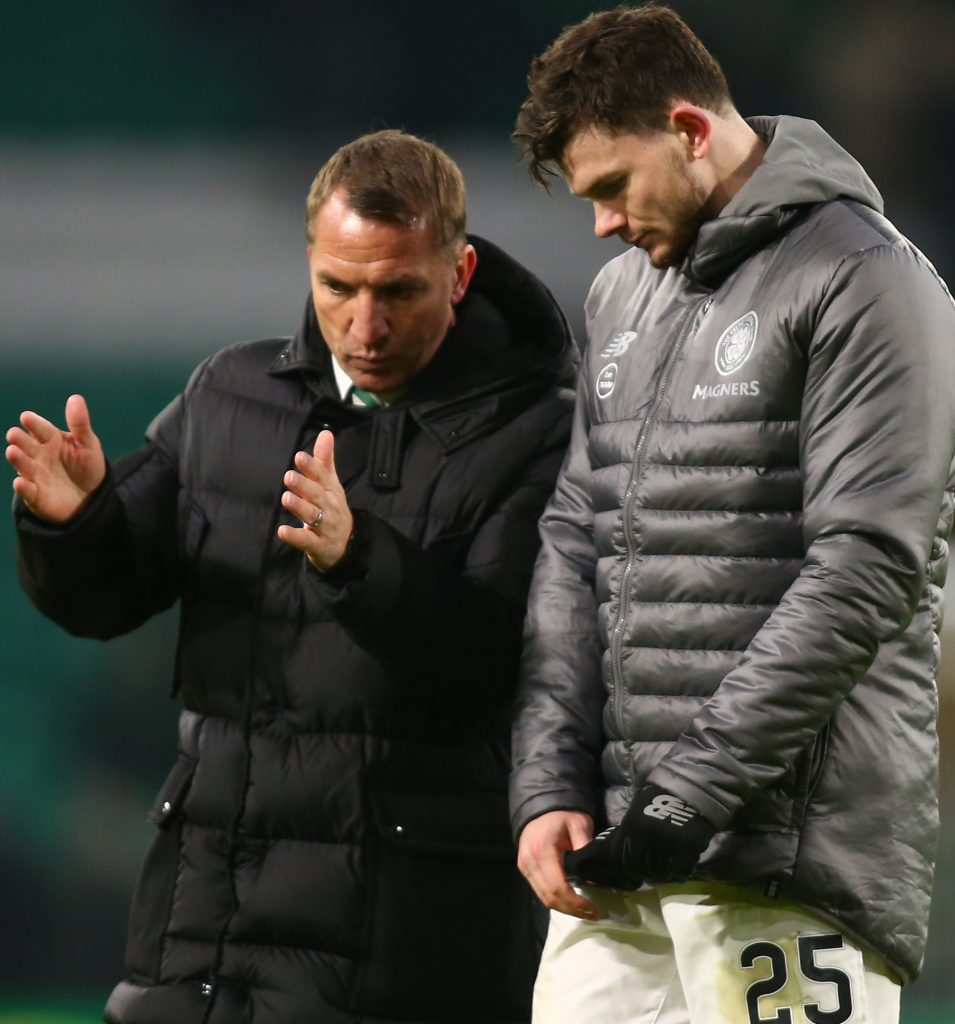 A WORD IN YOUR EAR…Brendan Rodgers has some advice for Oliver Burke.

Burke, though, will almost certainly be in the thick of the action at Parkhead this evening, despite limping off after the hour mark in the team’s 5-0 Scottish Cup rout of St Johnstone on Sunday.

The 21-year-old, who has totalled almost £30million in his transfer moves, won the last of his five international caps under former national team boss Gordon Strachan in a 1-1 friendly draw with Canada in March 2017.

He is aware Alex McLeish will soon be choosing his squad for the 2020 European Championship qualifying double-header next month against Kazakhstan and San Marino.

Burke said: “I am really eager. It is something I have my eyes set on and I really want to be back involved with it, but we will see what happens.

“I have to perform and I have to show that I am capable of playing in the international first team.”

Looking at tonight’s tie, he added: “We’re in a really good place at the minute. We’re enjoying some great form and our morale is high.

“In every game we play, we look to keep a clean sheet, but I think it’s especially important that we defend as a team and keep everything tight.

“I know the Celtic fans thrive off these occasions and I’m really excited to experience it. We need to have quality on the ball, we need to take our time and go at the right times to break down the opposition and create chances. 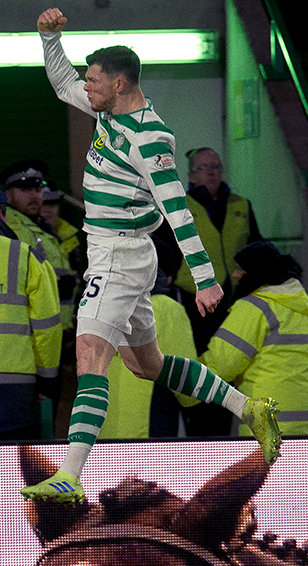 YIPPEE…Oliver Burke is walking on air after scoring against Hibs.

“My confidence right now is really high, I’m really happy with where I am with Celtic and we go into the Valencia game aiming to win.”

Remarkably, Burke has now scored more goals for Brendan Rodgers’ men in seven appearances than he did in his year at RB Leipzig and his 18 months at the Hawthorns.

Following his £13million from Nottingham Forest, he claimed one goal in 26 outings for the Bundesliga outfit and matched that in 21 games after his £15million switch to the Championship club in August 2017.

He netted six goals in 31 appearances for his first club Forest and failed to register during a two-game loan spell at Bradford City.

Burke is making up for lost time at Celtic – and he hopes to continue that form against Valencia.