Celtic Quick News on News Now
You are at:Home»Latest News»‘BUZZING’ FORREST AIMS FOR HONOUR No.21
By CQN Magazine on 13th May 2022 Latest News

JAMES FORREST will pick up his TWENTIETH honour as Celtic player when he takes part in the title procession after tomorrow’s final Premiership encounter of a truly astonishing campaign.

The Scotland international winger, 30, has just pledged his future to the Parkhead club after agreeing a three-year extension, as CQN reported yesterday.

Forrest was handed his debut by Neil Lennon in May 2010 when he came off the substitutes’ bench and scored in a 4-0 win over Motherwell, coincidentally the team’s opponents at Parkhead in tomorrow’s grand finale which kicks off at 12.15pm.

And the sprightly forward, who played for more than an hour of the 1-1 draw against Dundee United at Tannadice in midweek as the tenth championship crown in 11 years was sealed, will enjoy picking up his latest medal – before turning his attention to adding to his collection. 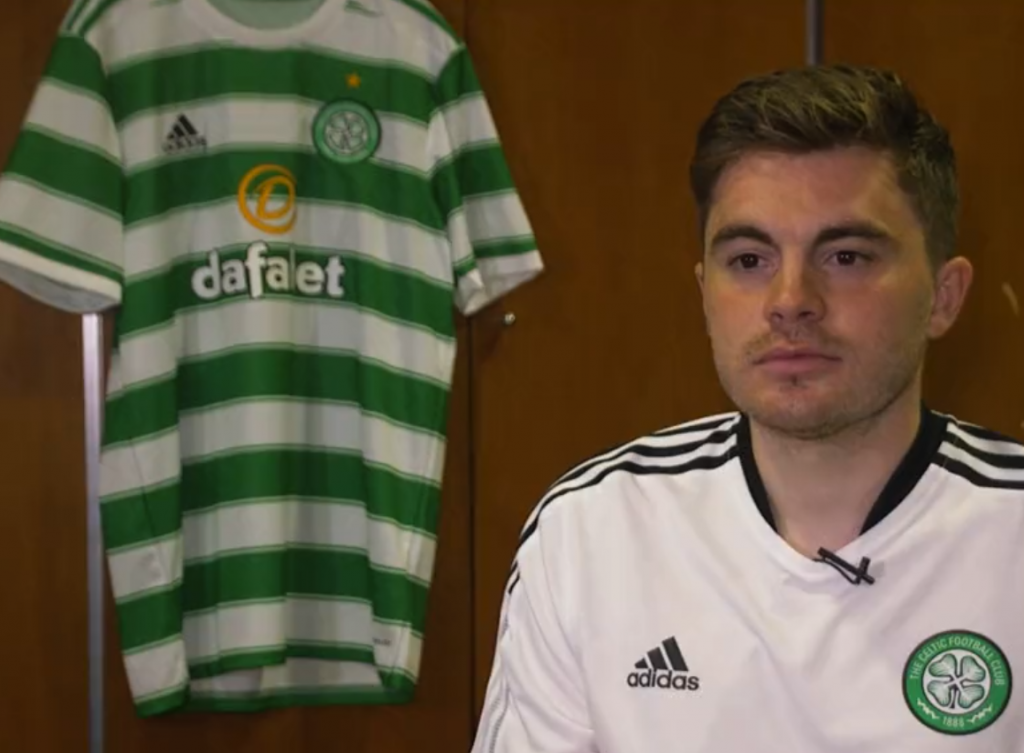 Speaking of signing the contract that will keep him at the club until 2025 at least, Forrest admitted: “I’m absolutely delighted. As soon as I spoke to the club I said I wanted to stay here and they were the same that they wanted me to be here, so it worked.

“I’m buzzing that I’m committed for another three years and, hopefully, I can keep adding to the success we’ve had since I’ve been here.

“The club’s massive and being back involved in Champions League football is a big thing, as well.”

Forrest, speaking to Celtic TV, added: “I’ve been here since I’ve been a wee boy and I’ve loved every year I’ve been here. I feel as though I’m ready to keep playing at this level and keep working hard.

“It’s not till I finish my career that I’ll look back on it and it will really sink in. For now, I just want to take a game at a time and look forward to the next trophy and playing for Celtic and that’s what I want to keep doing in the next few years.” 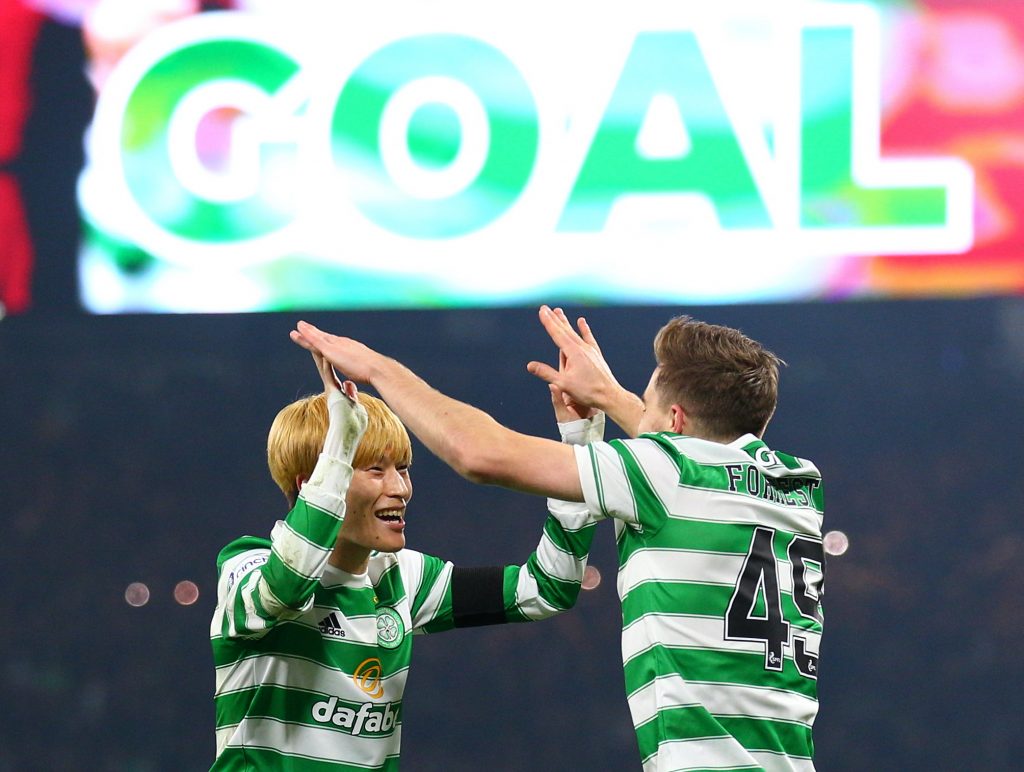 HAMPDEN HERO…James Forrest is congratulated by Kyogo Furuhashi after scoring the League Cup semi-final winer against St Johnstone in November.

Forrest claimed his tenth championship badge on Wednesday and commented: “Winning the league at Dundee United and coming back to the stadium and seeing thousands of fans turn up was special.

“I want to still be part of that for as long as I can and that’s why I’m delighted.

“I think it was a really special one to be part of and you saw it with the celebrations back at Celtic Park late at night.

“It’s good for everyone, even the boys who have been here for a while they were saying the atmosphere was unreal and you’ll never forget that.

“It’s unreal, for players, staff and fans and it’s going to be great to be back in the Champions League.

“The added bonus of not having the qualifiers will get us a good pre-season and then straight into the group stages and we will see who we can get.”