SCOTT BROWN has left Paradise for Pittodrie and will take up a player-coaching role at Aberdeen in the new season.

The 35-year-old inspirational onfield motivator has gone  with the best wishes of everyone conected with Celtic.

The dynamo, who was signed by Gordon Strachan for £4.4million from Hibs in May 2007 – a record transfer fee between Scottish clubs – has gone on to win a phenomenal TWENTY-TWO medals. He also found the time to cram in 55 games for Scotland.
CQN has been sifting through our library files to pick out some highlights from the last year or so.

The midfield dynamo has won 10 Premiership titles, five Scottish Cups and six League Cups and was going strong until football went into cold storage in mid-March with the champions 13 points ahead in the Premiership with only eight games to go.

Brown, as usual, played a massive role in the 51st flag arriving at Parkhead when the SPFL hierarchy awarded them a well-earned crown. 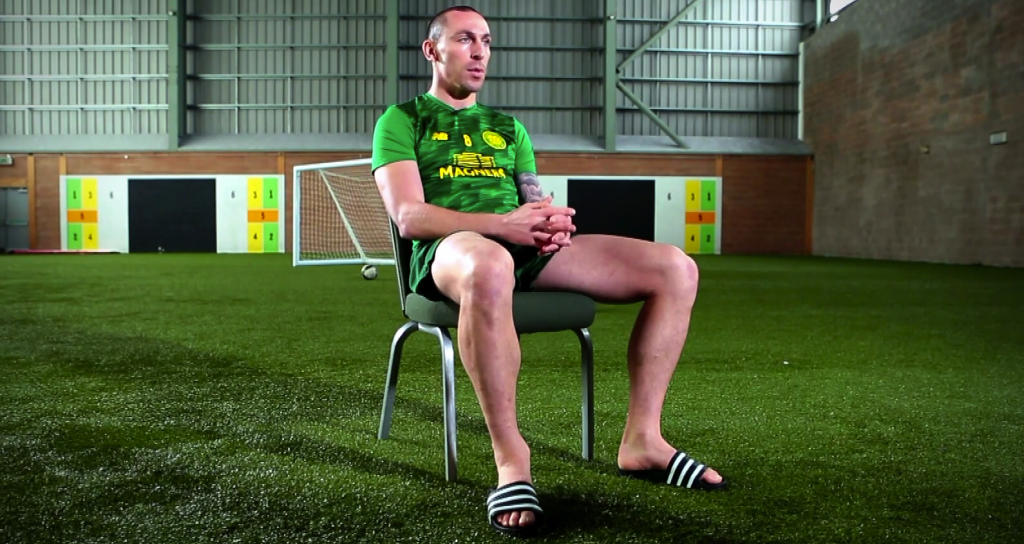 “One day I think my legs will fall off. I reckon that’ll be the end of me. I’ll be chasing somebody down the line and I’ll just be realising that this is time I’ll call it a day.