CALLUM McGREGOR has revealed he received a text message from Brendan Rodgers after signing his new five-year deal at Celtic.

The Scotland international midfielder was congratulated by his ex-Hoops boss only hours after cementing the lucrative contract extension.

Rodgers, of course, was linked with McGregor in the summer, but the champions were resolute in their stance their key man was going nowhere.

The transfer speculation, however, didn’t take McGregor’s eye off the ball as he continued to take care of business for the Hoops, as usual.

The anchorman, speaking to the Daily Record, admitted: “It wasn’t really on my mind. Since the season started I have been playing every three days and just been focusing on my job.

“It’s nice to get that interest. I had a good relationship with the previous manager. He goes away and there’s that link that he wants you.

“It’s nice as it shows you were doing something right for the time he was here. You take it as a compliment, but as soon as it passed, I have been totally focused on football and let everything else take care of itself. I wasn’t really that up or down. It was about getting fit and taking it from there.

“You obviously see Kieran Tierney doing so well down at Arsenal. He’s made that step and, naturally, you will look at it and think: ‘I do fancy a bit of that at some point’. 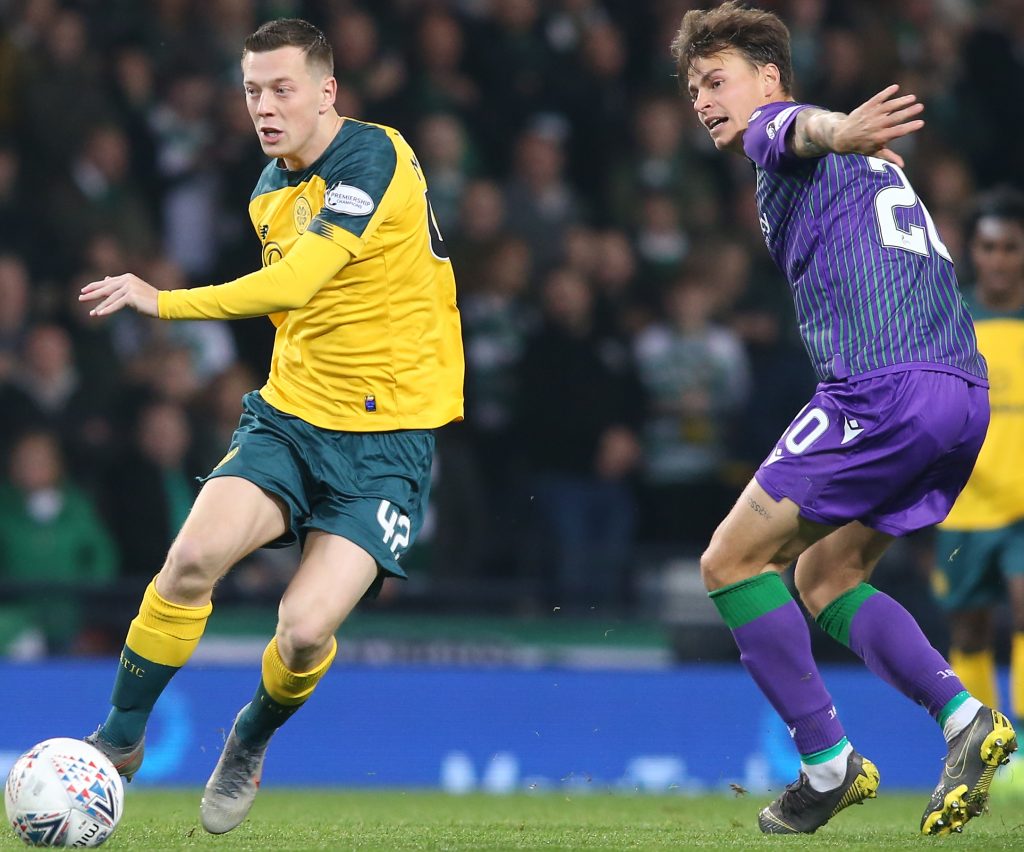 “This club has given me so much and I am so thankful to them for the opportunity to play football at such a massive club.

“It was never in my mind to get upset or anything. I have a job to do and we have had so much success.

“I am really enjoying my football and all you want to do is get on the pitch and do you best for the club, the fans and yourself. Again, you take it as a compliment that you are doing your job well, but ultimately the decision was made to renew my contract here.

“I have had a few conversations with the manager and he has been absolutely first class. I am delighted to get it done and create that stability.

“He [Rodgers] texted me just to say: ‘Congratulations, you really deserve it’. He said he was happy for me. I just sent him a text back saying: ‘Thanks very much for everything you have done for me as well’.”

McGregor, who will make his 58th European appearance tonight, is now preparing for Europa League Group E confrontation with Lazio in Rome and added: “It is easy to forget about how big a club you are playing at.

“People are quick to judge Scottish football. But to come to a stadium like this is amazing. It has a capacity of over 70,000 and there aren’t many teams in the world who come and play in venues like this.

“When you sit here you realise how lucky you are to play for a club like this. You realise you have done something right and are in a good place.

“In the last few seasons, we have obviously done really well domestically.  think now it is about us trying to cut our teeth in Europe and trying to make a real statement in there, as well.

“The way we have started in the group has been great, so if we get a positive result it gives us a real chance of going and progressing.”

* DON’T miss the unbeatable match report from Lazio v Celtic this evening – only in your champion CQN.