CALLUM McGREGOR insists Scotland’s players can deal with the pressure of trying to lose the tag of also-rans as they prepare for their crucial UEFA Nations League double-header.

The Scots fly out today for tomorrow’s encounter in Albania before facing Israel at Hampden in the final game of the qualifiers.

McGregor believes the nation must shake off the loser’s outlook and give the Tartan Army something to shout about again.

Looking back at the 2-1 flop in Israel last month, the in-form Celtic midfielder said: “We had a tough night and it is about the mental state of the players as much as anything.

“We are all good players and we have all shown that at club level, but it is about trying to bring that and harness the team spirit.

“We want to get the country to a positive place where they want to be. When you have not had a period of success it gets to fans and it is our job to bring that excitement back and to try and qualify.

“It is a lot of pressure and a big responsibility, but this group of players are certainly good enough to do it. 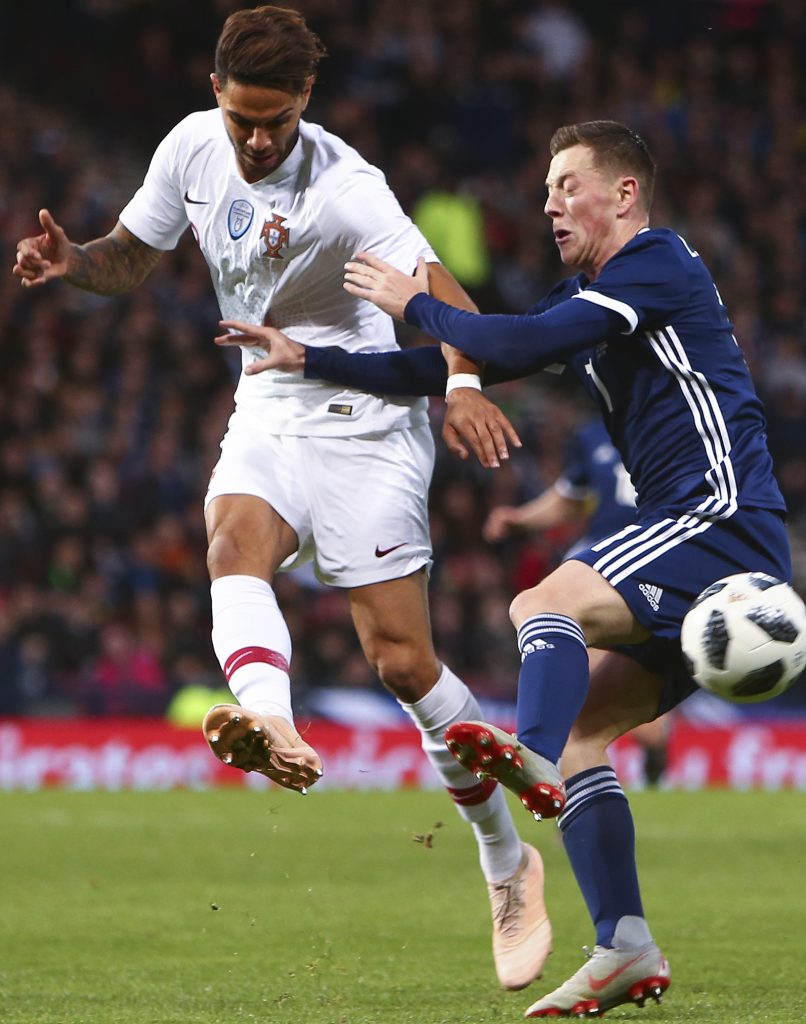 CRUNCH…Callum McGregor in action during the 3-1 loss to Portugal last month.

“It is just a case of trying to get everything right off the pitch and on the pitch.

“Any player wants to win and be successful and particularly the Celtic lads have had massive success in the last few years. It almost becomes normal.

“If you are not winning then you think: ‘What’s going on here, what’s happening?’

“It is important to try and bring that winning mentality to the squad.”

McGregor, who has taken over the anchorman role at the Hoops in the absence of crocked skipper Scott Brown in recent games, added: “You know that it is always tough to go away from home, especially places where it is the back of nowhere.

“The atmosphere can be slightly different to the European stuff, but the more you experience that, the more it helps you as a player.

“The Celtic lads in the squad will be trying to help the other lads with that and Andy Robertson has had a lot of that, too, of going to different places with Liverpool.

“It is about trying to harness that experience that we have got and trying to take it into the games.

“You play at the highest level for your club and have had tough tests before.

“It is an international game, but we have had tougher tests than that and against so-called bigger nations. We have actually played okay in some of the games. 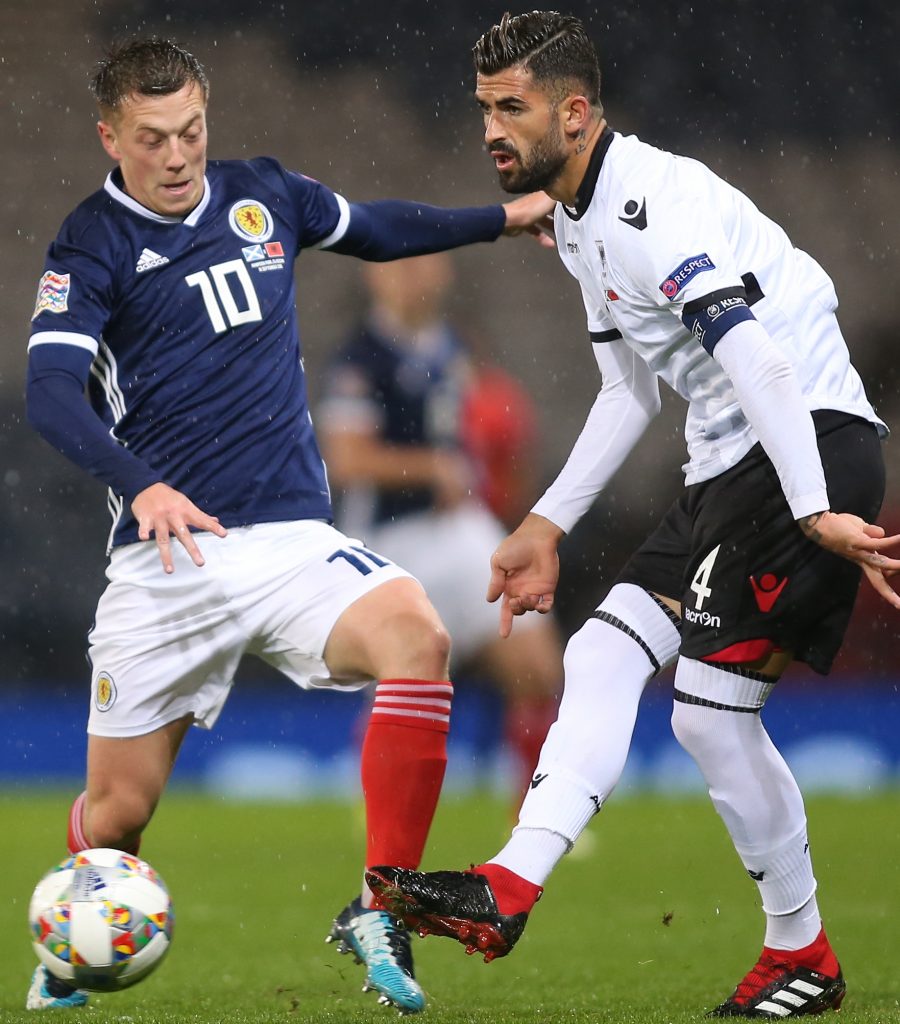 “We were decent against Portugal before they got the goal prior to half-time and there are signs that the team is starting to come together. You have to try and use that experience as a squad.

“We have got to be better than we were in the last trip and we need results. It needs to be a big effort from all the lads.

“We are at a stage now where we need to get results.

“The players know that. The manager knows that and we are looking forward to these games.”

Alarmingly, Scotland have not qualified for the finals of a major tournament since Craig Brown led the nation to the World Cup extravaganza in France in 1998.

The Scots even had the honour of playing holders Brazil in the opening game of the competition where they unluckily lost 2-1 following an own goal by Tom Boyd after his Hoops team-mate John Collins had equalised with a penalty-kick.

Another Celtic midfielder, Craig Burley, was on target in the next game, a 1-1 draw with Norway before the curtain came down with a 3-0 nosedive against Morocco.

The Scots came home the following day – and, amazingly, the nation has been in the international wilderness ever since.

McGregor and Co will do their utmost to turn around the fortunes in the games against Albania and Israel.