CALLUM McGREGOR is gunning for the Magnificent Seven at Hampden this afternoon.

Celtic’s cultured midfield anchorman has won six domestic trophies at the national stadium over the past three years, starting with the first in the Brendan Rodgers’ reign, a 3-0 Betfred League Cup Final over Aberdeen in November 2016.

Now he has Steven Gerrard’s Ibrox side in his sights in the same competition this season as the champions go in search of their TENTH successive domestic honour.

McGregor, speaking to the Celtic website, said: “We’ve done really well there recently. This group has been successful, so when you go back to these stadiums, you have happy memories and in the build-up to the game, you look forward to it.

“It’s a Cup Final, we have to prepare properly, go in with confidence and respect the opponent. We have to perform and earn the right to win.

“All Cup Finals are tough and no matter the opponent, they always deserve to get there. This is a one-off game, but we try to take away the hype of the game and focus on the football side of it. 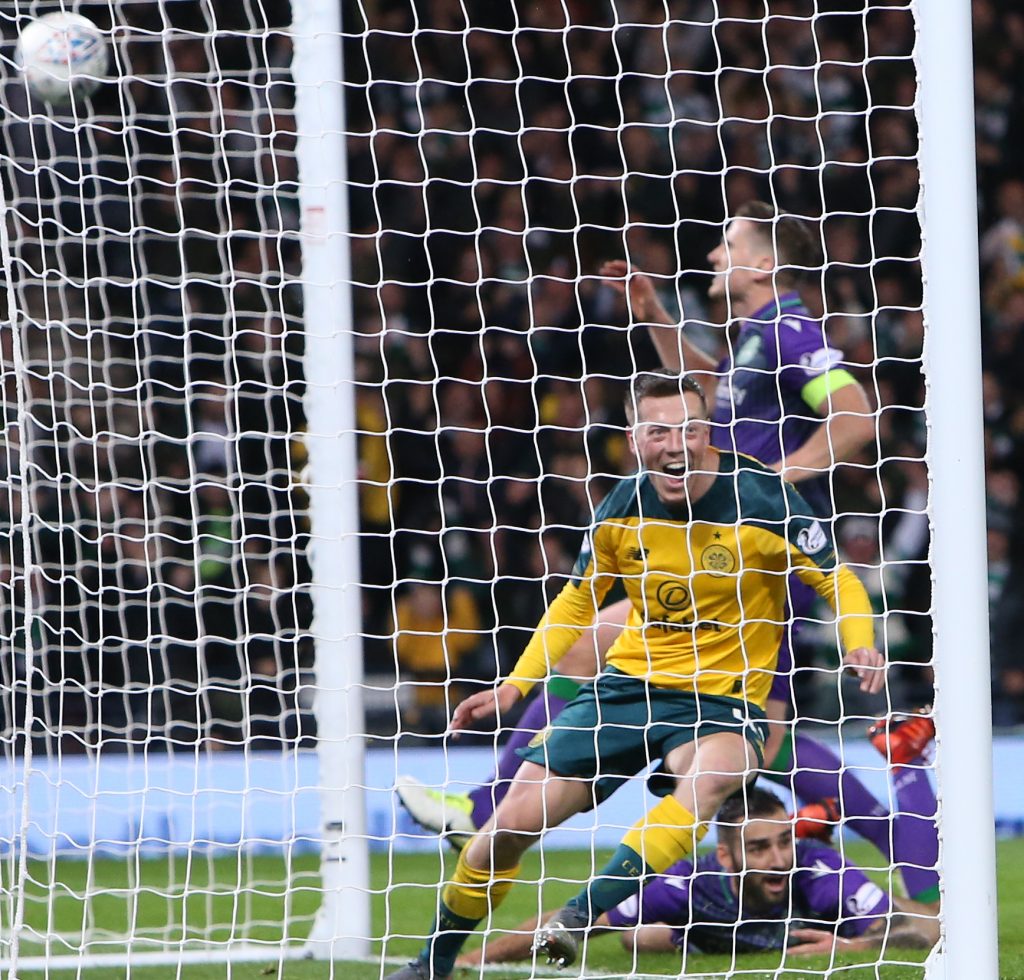 “Rangers have been doing well and we have to respect that, too. You need your big players to stand up to the occasion.

“I think we’ve got a great squad and that’s been demonstrated over the last three or four games. We’ve got loads of strength in depth in the squad, so whoever is asked will step up and do a job.”

The Scotland international has played his part in the past three successes in the Betfrred trophy – two against the Dons and one against Motherwell – while he has also netted a brilliant opening goal in the 2-0 Scottish Cup Final against the Fir Park outfit last year. Olivier Ntcham added to his early strike as the green and white ribbons were being looked out before half-time.

He also claimed one of the five in the 5-2 semi-final win over Hibs last month- with Mohamed Elyounoussi (2) and Scott Brown (2) getting the others – and would be delighted to stage an action replay against the Hoops’ Glasgow neighbours.

He added: “As a young kid, you dream of playing and scoring in Cup Finals. Everyone’s focused on preparing properly and when we turn up on this occasion we have to be fully prepared to do the job.

“I feel good. The more games I play, I feel I’m getting fitter. The more experience you can get on the pitch always helps you.

“I feel fresh, I feel hungry and I’m looking forward to the game.”