CALLUM McGREGOR insists Celtic will aim to banish the pain when they square up to Steven Gerrard’s Ibrox side at Parkhead tomorrow afternoon.

The Scotland international midfielder was forced to play as an emergency left-back when Kieran Tierney was ruled out of the previous game at Ibrox in late December.

McGregor’s guile and presence were missed in the engine room of the champions as they embarrassingly toppled to a 1-0 defeat, former manager Brendan Rodgers’ first taste of defeat in 13 outings against the Govan outfit.

The Hoops just didn’t turn up in Govan and were made to pay with Ryan Jack’s first-half deflected goal that took a nick off Scott Brown’s heel to wrong-foot Craig Gordon on its way into the net.

The pain of that humiliating loss will drive on the champions in the High Noon showdown in the east end of Glasgow. 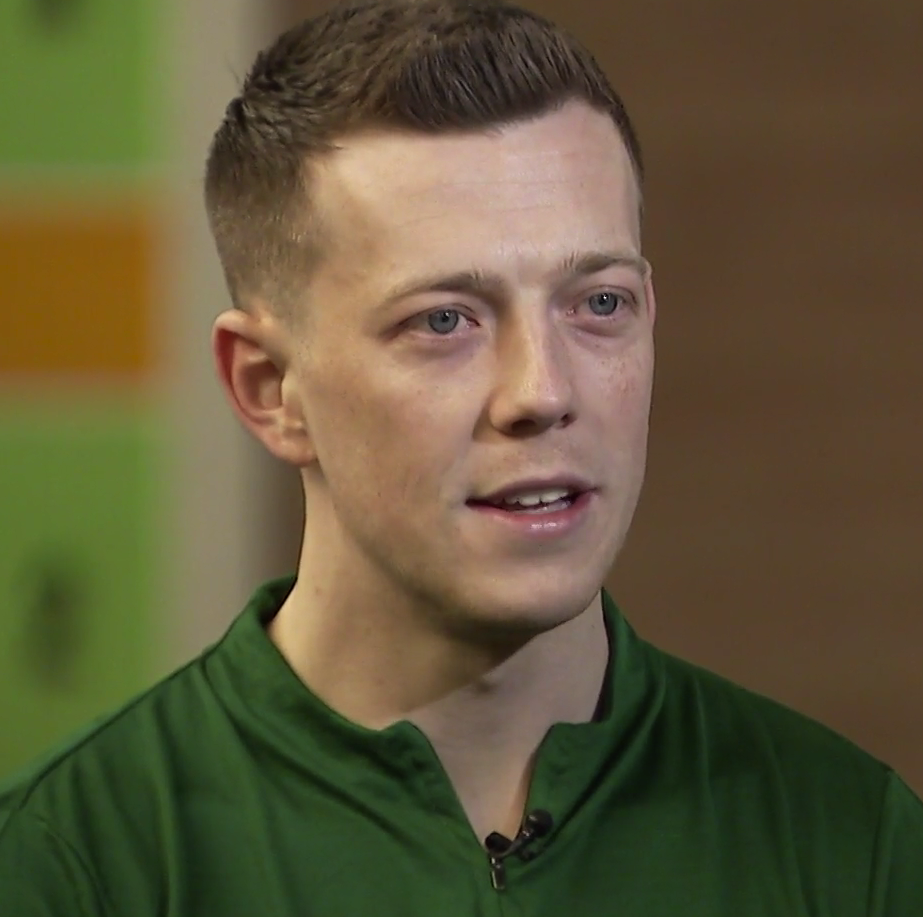 McGregor, speaking to Sky Sports News, said: “You hurt – it’s been three months in the waiting since the December game and it hurts still.

“Every day you keeping going, but in the back of your mind it does hurt and when you get the chance to put it right you take it.

“It was tough to take – we know how low it was to have that feeling in the dressing room.

“It’s not what you want to experience, it’s a massive derby and means so much to everyone in Scotland. When you are on the receiving end of getting beat then it’s horrible.

“But, the way the boys have bounced back has been perfect, really excellent, it’s been a flawless start to 2019.

“We have used the defeat to drive us on and it’s always in the back of your head, the next one.”

Calmac, 25, added: “It’s important that you enjoy these games – they are highly-charged fixtures in an unforgiving environment. As a footballer, you have to enjoy these games, it’s where you thrive and play your best football.

“When we came back after the winter break we were flying, getting good results.

“Then the manager obviously changed and the gaffer, Neil Lennon, came in again and it’s pretty much been picked up where we left.

“Before the break, the tiredness kicked in. We had played close to 40 games plus and you get mentally tired. The games just keep coming, with just three days in between, and you have to keep going and trying to pick up points.

“But, once you get that break, you are fresh to go and can make a big push towards the end of the season. I feel like the boys have responded really well.” 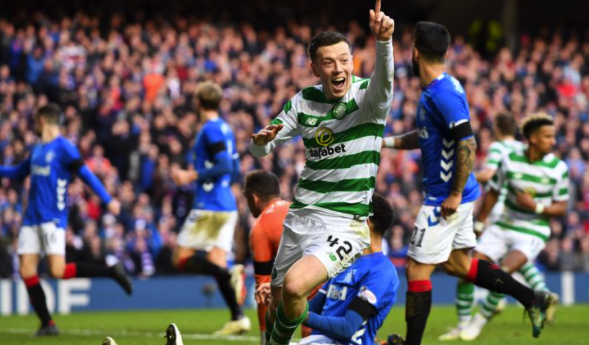 OFFSIDE…Callum McGregor scores what he thought was the equaliser, but the match officials thought otherwise at Ibrox in December.

McGregor wouldn’t mind a repeat of the performance in the September Glasgow derby, despite the champions having to settle for just a one-goal winning margin after Oliver Ntcham’s second-half strike.

In an extraordinary encounter, with the home side dominating, the Gers goal led a charmed life with two first-half efforts striking their woodwork to keep it scoreless at the interval.

James Forrest curled one onto Allan McGregor’s crossbar and, only moments later, Mikael Lustig had a header that hammered against the frame of the goal.

After the turnaround, Ntcham had a stinging low drive deflected onto the bar before his breakthrough goal. Leigh Griffiths joined the Celts who knocked on wood with a slick drive that smacked against the left-hand upright.

With a little bit of fortune, Celtic wlll win this one with the goals to show for their emphatic performance.