CELTIC’S Champions League bid was torpedoed in front of their own fans last season.

Neil Lennon’s side didn’t fare much better in the Europa League when they nosedived to another horrible defeat.

After doing the hard work in the first leg away games against Cluj in Romania and FC Copenhagen in Denmark in gaining 1-1 draws, it all fell apart in the east end of Glasgow.

The Hoops went out of the elite competition as they collapsed to a dreadful defeat from Dan Petrescu’s Romanians on August 13 and the team staged an unwanted and excruciating action replay in the secondary tournament when they toppled 3-1 to the Danes at an expectant Parkhead.

Lennon watched in horror as his side got lost in a maze of mistakes in both European attempts and Jozo Simunovic’s blunder against FC Copenhagen – with the tie still goalless and the Hoops holding the away-goal advantage – was so typical of their ability to shoot themselves in the foot in this exclusive arena. 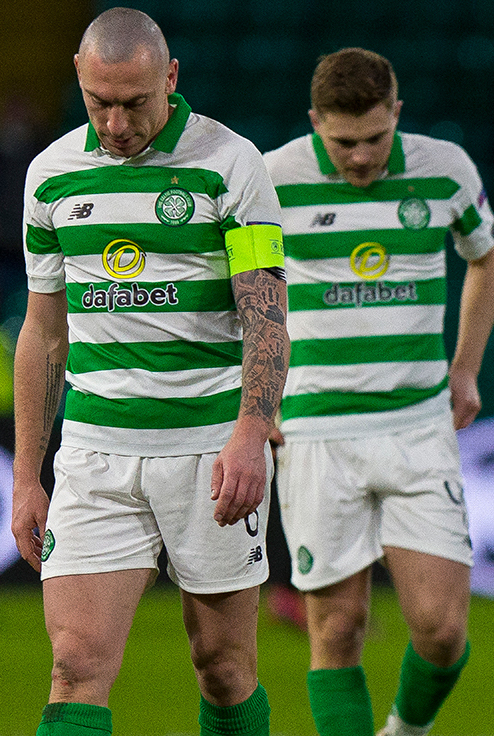 Callum McGregor, though, admits Celtic will be fired up for their next assault on the continent.

The Scotland international midfielder, speaking to the Scottish Sun, said: “We do want to right the wrongs of what happened against Cluj last season.

“It was a crazy game of football, really. There were so many ups and downs over the 90 minutes.

“At one point in the game, we looked like scoring every time we went up the pitch. But then in the last 20 minutes, Cluj pretty much did that and we were out.

“It was a crazy night and sometimes in football these things happen.

“As players you remember low points like that and you want to rectify them when you get the chance.

“The aim is to get the club back into the Champions League as that’s where we feel we should be. With the stature of Celtic, we feel that’s the tournament we should be competing in.

“We all know how difficult it is to get there with the four qualifying rounds and in knock-out football anything can happen.

“When you qualify and get the rewards of a Barcelona, Bayern Munich or Manchester City coming to Celtic Park, it’s a great feeling.”

The Europa League dream was obliterated with a shocking and sloppy defensive display against FC Copenhagen. It was particularly disappointing outcome conisdering Lennon’s team had created history by beating Serie A giants Lazio home and away, Olivier Ntcham’s stoppage-time deft chip giving the team their first triumph on Italian soil in 13 attempts.

McGregor added: “The two Lazio wins were the stand-out results and performances from the Europa League.

“But in terms of the entire group campaign, we were absolutely excellent. We went to France to play Rennes and they were flying at the time.

“We got a point and probably deserved more on the night. 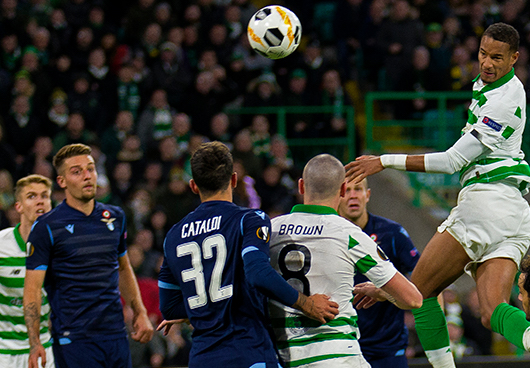 THE ITALIAN JOB…Christopher Jullien scores the late winner against Lazio.

“We got revenge on Cluj a little bit when they came back to Celtic Park and also beat Rennes at home. There were some really good performances in there.

“Against Copenhagen, we should have been out of sight in the first-half of the first game over there. But that was another learning curve for the players — individually and collectively.

“At that level, you need to be ruthless and take your chances. We learned that.

“Hopefully, we can rectify the mistakes, repeat all the positive parts of our performances and put a good run together.”

UEFA have yet to set dates or a format for the qualifiers, with the coronavirus pandemic creating uncertainty.

The tournaments normally kick off in early July, but faces being pushed back weeks, if not months.

A summit of the European bosses a week on Wednesday should provide more information.