CALLUM McGREGOR could not inspire Scotland on his debut as international skipper against Kazakhstan at the Astana Arena this afternoon.

The Celtic playmaker could only look on in horror as a leaky defence was taken apart by a nation ranked 117th in the FIFA listings.

The sloppy Scots were hit by a whirlwind 10 minutes where they conceded two goals to their grateful opponents.

Unfortunately, Aberdeen skipper Graeme Shinnie, starting the game in place of the injured double-act of Andy Robertson and Kieran Tierney, played a massive part in both gifts. 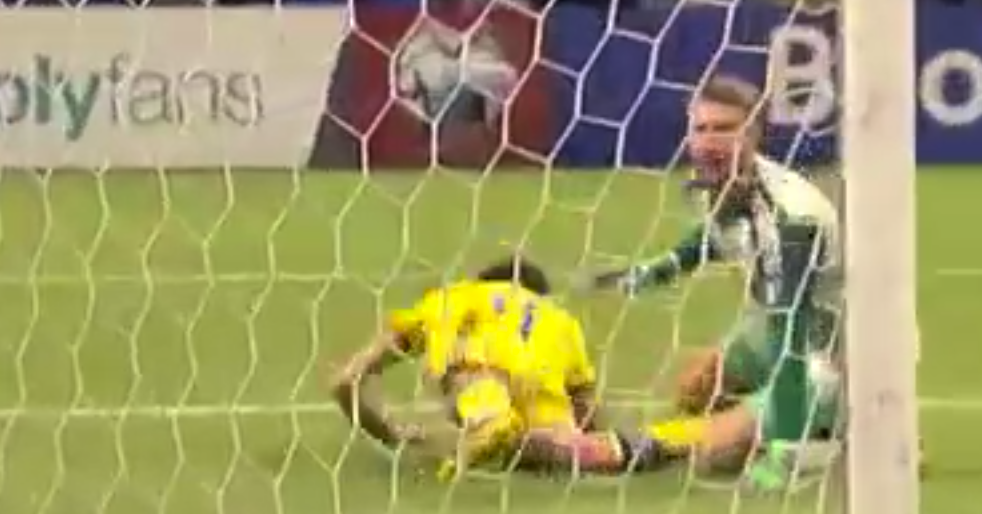 LOOK BACK IN HORROR…Scott Bain sees goal No.2 hit the net.

Shinnie, though, was slow to move out and Scott Bain had no chance as the frontman took a delightful touch to bring the ball under control with his right foot before lashing it home with his left from 16 yards.

It was a dreadful goal to lose and it didn’t get any better four minutes later when Shinnie allowed a pass to run across him and that was all Yan Vorogovsiy needed to sneak in on the blindside and touch the ball beyond the helpless and exposed Bain.

The goals just about summed up the awful first-half of the visitors who simply couldn’t find any semblance of rhythm after their woeful start.

McGregor attempted to motivate his team-mates and Oliver Burke was a willing worker on the left.

James Forrest was starved of service and debutant right-back Liam Palmer also looked unsure when he came forward. The entire experience looked a step too far for the Sheffield Wednesday defender.

Just before the half-hour mark, Bain was forced into a spectacular high-flying save on his first international outing.

THREE’N’EASY…Scott Bain is left helpless as Khazikstan make it 3-0 with the defence shredded again.

Kazakhstan skipper Islambek Kuat was allowed to amble forward without anyone putting in a challenge and he thumped a blistering shot at goal.

The Hoops No.1 was alert to the danger and somersaulted across goal to turn the drive over the bar.

Scotland had little in the way of a response and Oli McBurnie put in an eager shift without threatening the opponents’ goal.

It was all over as a contest six minutes after the turnaround when McLeish’s men surrendered a poor third goal. Once again, alas, Shinnie played his role in presenting the opportunity to Baktiyar Zainutdinov.

He failed to pick up his opponent as he drifted onto a left-wing cross that was just too high for McKenna and he nodded the ball wide of Bain at his right-hand post. 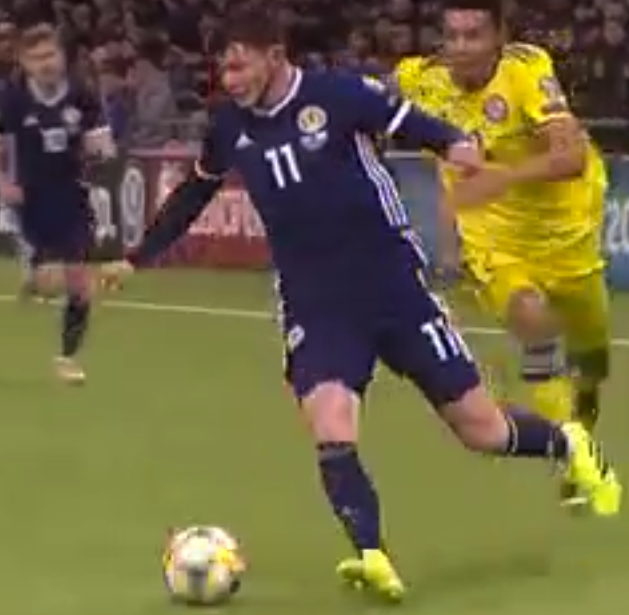 ON THE RUN….Oliver Burke makes a rare foray on the wing.

Jonny Russell, Scott McTominay and Marc McNulty came on for McBurnie, McGinn and Forrest in the second-half, but there was never any chance of the Scots turning this result on its head.

The keeper was asked to make one save when he turned a low shot from Armstrong round the post, but apart from that he could have watched the encounter from the stand.

Now it’s on to San Marino on Sunday where we can only hope there is not an action replay of this horrendous performance.