CALLUM McGREGOR reckons James Forrest’s spectacular strike to pave the way for Celtic’s decisive 3-0 triumph over Aberdeen yesterday could see him pick up the Player of the Year award.

The Scotland international team-mates are both in the reckoning for the prestigious award, but the odds may have tilted in favour of the winger – and the midfielder admitted he would be “delighted” for his colleague.

Forrest was on fire at Hampden yesterday and his wonderful turn away from man-marker Max Lowe and thunderous 25-yard left-foot drive rattled into the top of the net at a crucial stage just before the interval.

The champions, who will now meet Hearts in the Scottish Cup Final at the national stadium on May 25 when they can claim an unprecedented treble treble, took control after the turnaround and a penalty-kick from Odsonne Edouard and another Tom Rogic sweeping special sealed the victory.

McGregor, speaking to the Evening Times, said: “I think he’s just won it with that wonder goal. I’m claiming the assist on it! 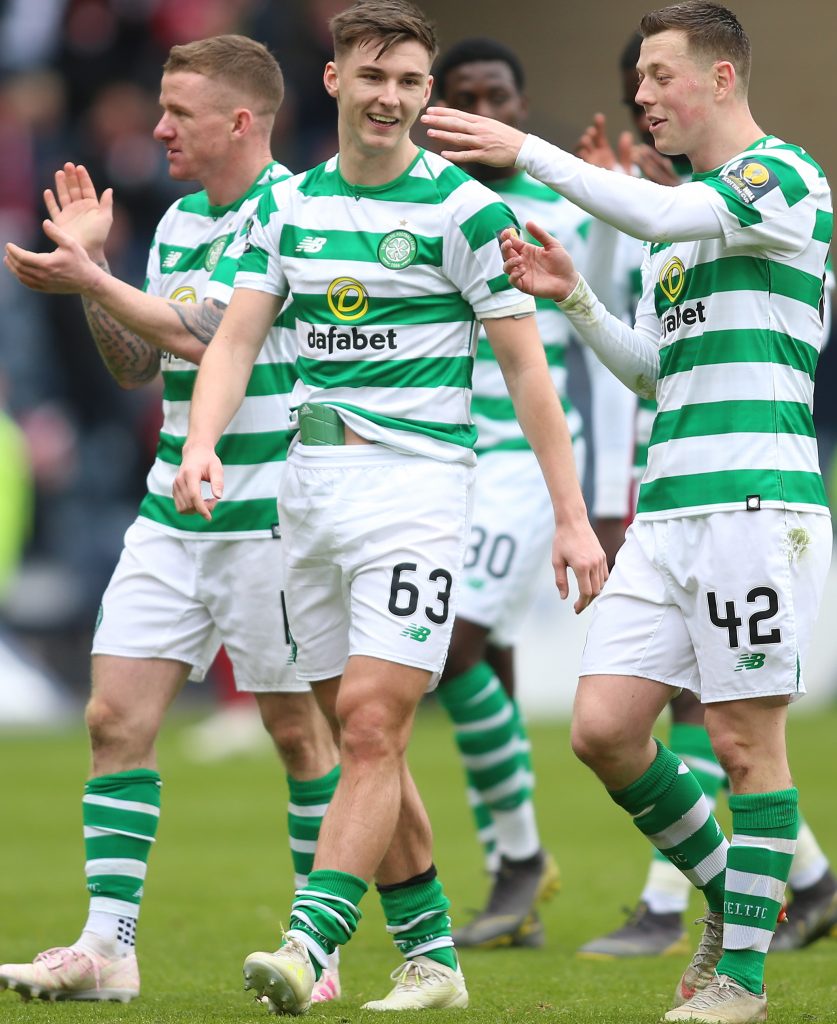 “But, listen, James has been outstanding again and he has been playing at a real top level for the last two or three years, internationally, too.

“Again, another semi-final, he turns up with a big performance and a big goal for us to help us settle into the game.”

Looking at the individual player’s award, McGregor added: “If I win it or Jamesy wins it we’ll be delighted, but if he wins it then he’s been outstanding and he thoroughly deserves it. This group are so humble, and whoever wins it we will be delighted.

“We work so hard. When it comes to pre-season, we think we have to do it all again – and we manage to do it again somehow.

“We have a selfless group of players who are willing to work hard for each other.”