The Hoops midfielder was on the receiving end of a wayward tackle from the home side’s hard man Martin Hinteregger in the 25th minute.

The out-of-control Austrian lunged at McGregor and made contact with his right leg sending the Scot spinning to the turf with the Scots medics racing on immediately to examine the extent of the damage. 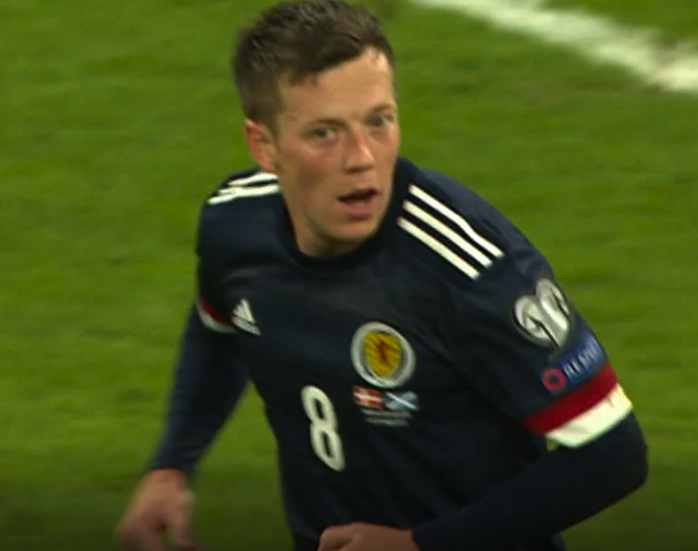 Fortunately, McGregor recovered after treatment and played the entire 90 minutes as he dovetailed perfectly in Steve Clarke’s side’s midfield alongside John McGinn and Billy Gilmour as the visitors picked up three vital points in their bid to play in the Qatar Finals next year.

Hinteregger was fortunate to stay on the pitch five minutes after his vicious challenge on the Celt when the Scots were awarded a VAR-assisted penalty-kick after he wrestled Che Adams to the grounded in the box.

The match official missed it first time around, but, after viewing it again on the monitor, immediately pointed to the spot and it looked as though the Austrian tough guy would receive a second yellow card. Remarkably, he escaped further punishment and remained on the pitch until the end of the often-rugged confrontation.

Justice may have eluded him as far as the disciplinary procedures were concerned, but his clumsy actions saw Lyndon Dykes thrash in the spot-kick for the only goal of the game.

It looks as though McGregor will be fine for the visit of Ross County on Saturday – unless a reaction sets in.