The Hoops boss admitted his predecessor, Brendan Rodgers, had made an enquiry for the Scotland international midfielder ahead of the English window closing at 5pm last Thursday.

A figure of £20million was mentioned for McGregor, but the Leicester City gaffer was told ‘No deal’ – around the same time the champions were banking a record £25million for Kieran Tierney from Arsenal.

Lennon is determined not to lose any more of his star men with Europe’s top sides circling as they strengthen their squads for the forthcoming season. 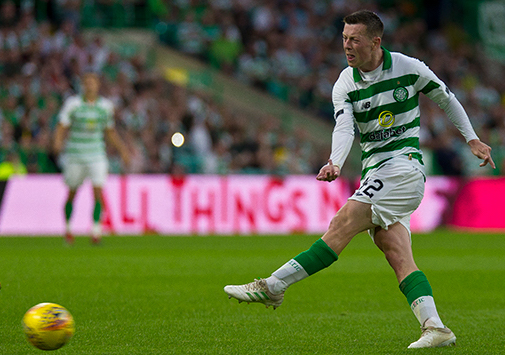 Instead, the Irishman is focused on adding to his squad with the cash injection from the London outfit for the left-back.

The Parkhead chief, speaking to the Sunday Mail, admitted: “We don’t want any other players to leave, our major players if you want to call it that.

“We are going to have to cut the squad a little if we want to add to it in other areas.

“Obviously, we have got the Kieran transfer done and then we can assess things over the next couple of days.

“But at the minute my mind is just totally on the games that are coming thick and fast.”