The Hoops boss has praised the dependability and consistency – plus the level of quality – of the Scotland international who capped a fine individual performance against Motherwell in midweek with a stunning goal in the 4-0 triumph.

However, Lennon is still contemplating leaving McGregor out of his line-up for this afternoon’s Scottish Cup encounter with League One Clyde at Broadwood.

The Irishman, speaking to the Sunday Mail, said: “I’d compare Callum to Lambert because of his reliability. And he’s now adding goals to his game.

“Whatever you ask him to do tactically, he understands straight away. He’s so important for us.

“He’s a little bit under-rated because other people here seem to hog the headlines. But I know his position very well and I know how well he plays it.

“With the amount of games he’s had to play, his fitness levels have improved immensely in the last couple of years. 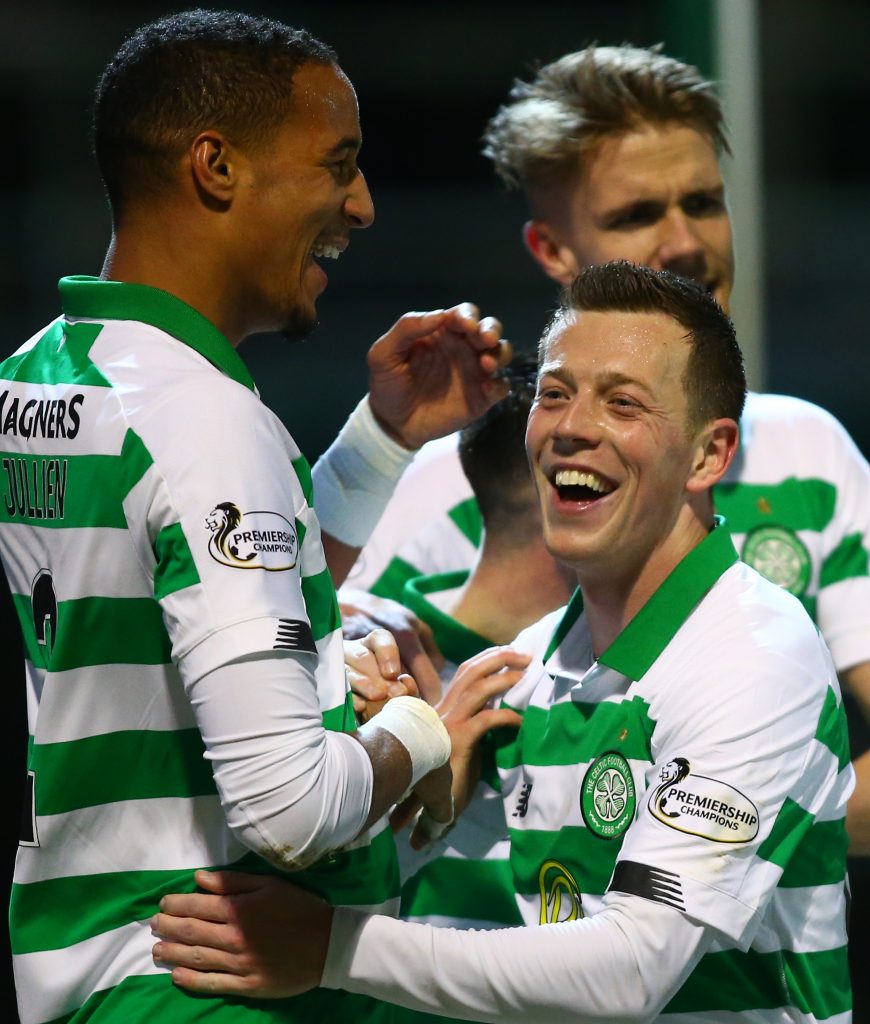 “He’s a great example to any young player on how to look after yourself away from football.

“But there must be a limit to the amount of seasons he can go on like that.

“Right now, he’s still young enough to be able to do it. But there will be times when he might have to come off it a little bit and recover.

“He’s only missed one game for us this season when we left him out of a European game in Estonia.

“And going forward, with so many big games coming up it will be difficult because he’s so important for us.”

McGregor, introduced to the first team by Ronny Deila in 2014, became a key component in Brendan Rodgers’ set-up for two-and-a-half years and has continued to excel for Lennon.

If he gets a rest against Danny Lennon’s part-timers in Cumbernauld for the 2pm kick-off, it could open the door for a first appearance for Ivorian anchorman Ismail Soro, bought for £2million in last month’s transfer window.