CALLUM McGREGOR and his Celtic team-mates will hope history does not repeat itself against Rosenborg in the opening Europa League Group B game at Parkhead on Thursday night.

In the previous 22 continental confrontations under the guidance of Brendan Rodgers, the Hoops have gone into these matches after winning 19 of their previous domestic encounters.

However, the three where they have not had an immediate success have been followed by defeats.

That’s the scenario facing the champions against the Norwegians after Friday’s goalless draw against St Mirren in Paisley with Rodgers’ outfit playing without the midfield qualities of Olivier Ntcham who was banished in the 37th minute.

McGregor said: “It was tough. When you go down 10 men, you have to try to find a way to win.

“While we dominated possession in the second-half, we just couldn’t find a goal. It just wasn’t falling for us.

“They were playing for their point and, especially when we went down to 10 men. it was a great opportunity for them just to hold on.

“You have to give them credit, they were tight all night and the new manager came in to give the players a lift. 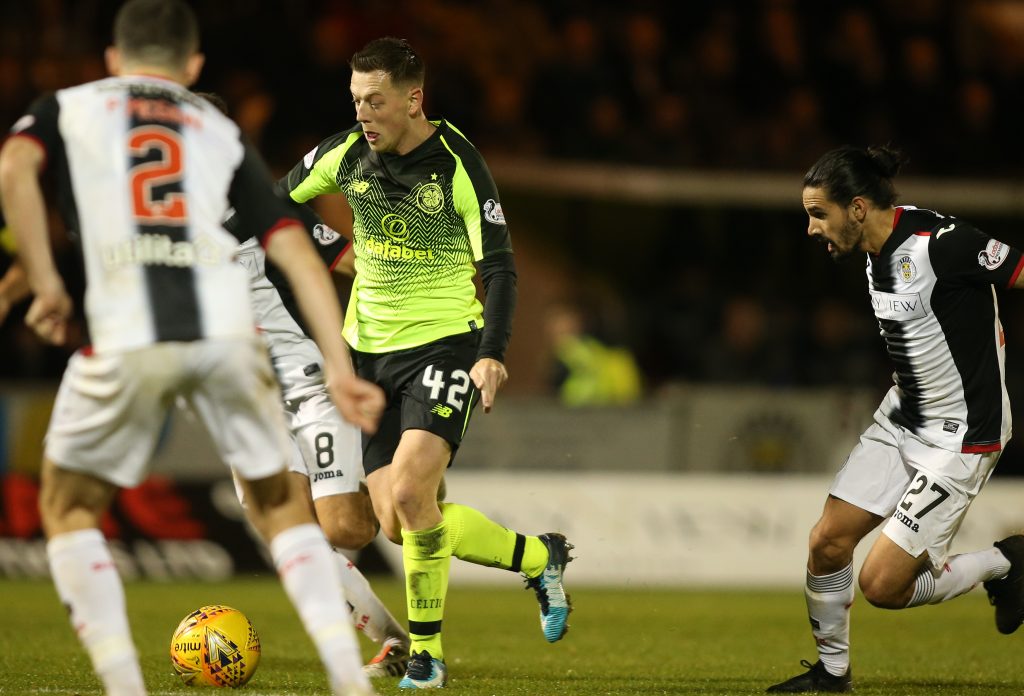 “Can we get the frustration out of our system for Thursday, though?

“It’s difficult, the first game back from internationals. Everyone’s away playing different systems, so to get everyone back in can be hard. But we’ll try to take positives out of it for Europe.

“It was frustrating, which you get when you come to places like Paisley. They make life hard for you. However, we are positive we’ll get a result on Thursday.

“It has only been a couple of months since we last played Rosenborg, but that’s good because we know the way they play. They are in good form and will fancy it while wanting to get back at us for the Champions League.

“We’re trying to achieve something so the first game is vital to get the three points.”

The Hoops, of course, dismissed Rosenborg in this season’s Champions League qualifiers after winning 3-1 in Glasgow with goals from Odsonne Edouard (2) and Ntcham before gaining a scoreless draw in Norway.