CALLUM McGREGOR and David Turnbull have been named in Steve Clarke’s Scotland squad for the World Cup qualifiers against Moldova and Denmark.

The Celtic midfielders are ready to play a key role in their country’s bid to reach the Qatar Finals next year.

Greg Taylor again misses out due to his persistent shoulder injury that has seen him sidelined for the past nine Hoops games.

The Scots play in Moldova a week on Friday and against the Danes at Hampden the following Monday. 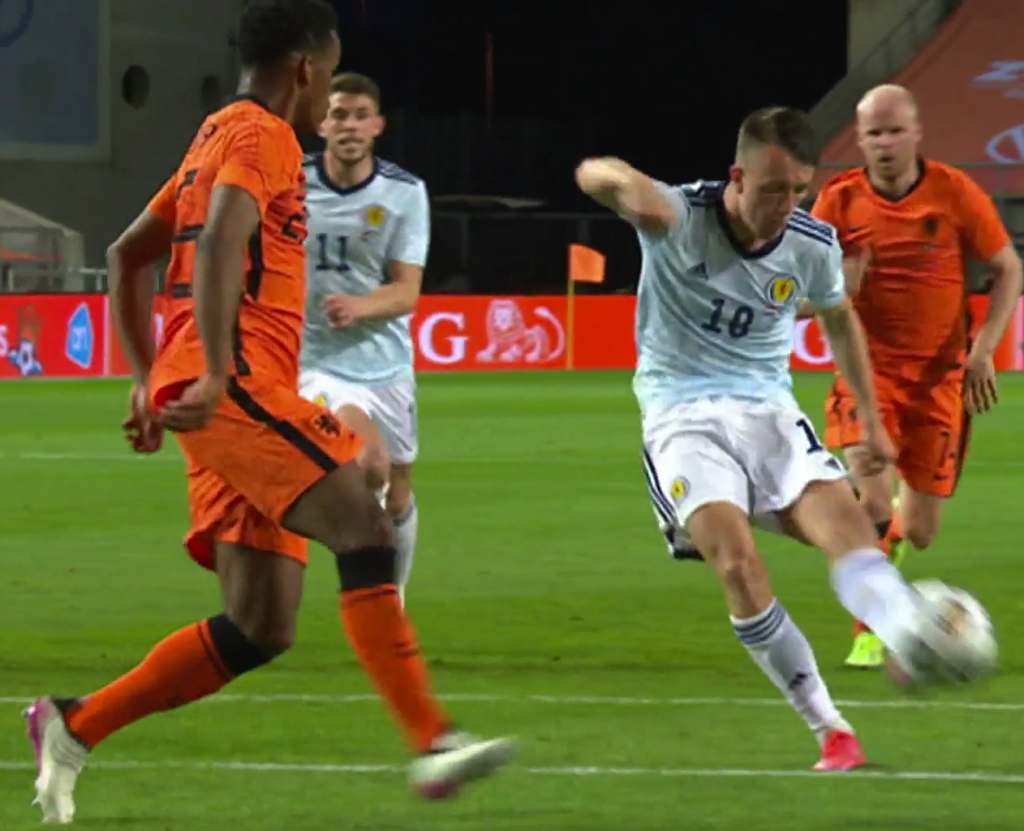 BY THE LEFT…David Turnbull fires in a shot against the Netherlands in the friendly in June.

Scotland can secure a place in the play-offs for Qatar if they beat the Moldovans in Chisinau while a draw between Austria and Israel on the same night would ensure a second place finish for Clarke’s team in Group F.