CALLUM McGREGOR celebrated with his Scotland international team-mates after their impressive 2-0 World Cup qualifying victory over Denmark at a packed Hampden last night.

The influential Celtic captain will be hoping to be in identical mode at the conclusion of his next visit to the national stadium – Saturday’s crucial Premier Sports League Cup semi-final against holders St Johnstone. 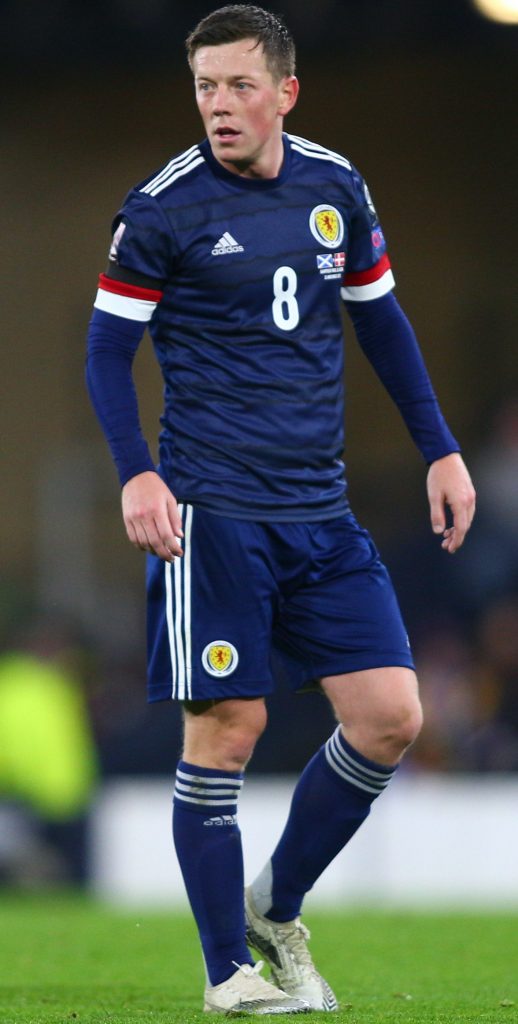 BHOY IN BLUE…Callum McGregor on patrol in Scotland’s 2-0 win over Denmark at Hampden.

The last time McGregor performed on the pitch as a Celtic player was on December 20 last year when Scott Brown skippered the team in the delayed 2020 Scottish Cup Final against Hearts.

Neil Lennon watched his side roar into a two-goal advantage with strikes from Ryan Christie and Odsonne Edouard (pen) against the Edinburgh side who were in the Championship at the time.

Remarkably, the Tynecastle club were allowed back into the encounter and scored twice to force extra-time. Substitute Leigh Griffiths pounced to fire a third behind his former Parkhead team-mate Craig Gordon, but the Hoops defence failed to deal with another crossball and once again Robbie Neilson’s battlers dew level. 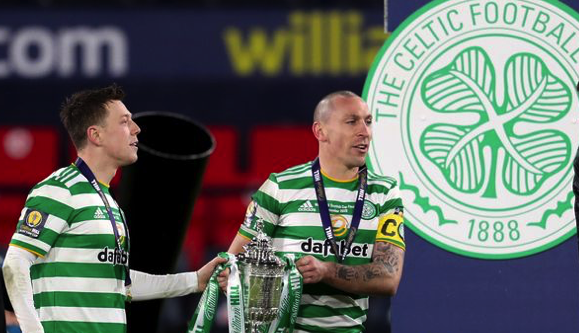 In the nerve-shredding penalty-kick showdown, rookie keeper Conor Hazard made two splendid saves while Kristoffer Ajer hammered the deciding spot-kick into the net to seal the silverware – and complete Celtic’s phenomenal quadruple treble.

Following the success against the Danes to secure a home tie in the play-off semi-final in March, McGregor will make a quickfire return to the south side of Glasgow as he aims to pick up his first silverware as the club’s onfield leader.

It will also be an opportunity for manager Ange Postecoglou to edge towards his first trophy since his arrival in June.

McGregor hardly put a foot wrong for Scotland in their vitally important victory against Denmark – an action replay will be welcomed against the Perth side at the weekend.