Celtic Quick News on News Now
You are at:Home»Latest News»CALMAC’S ‘GUARD THESE TROPHIES WITH YOUR LIFE’ LESSON
By CQN Magazine on 18th March 2021 Latest News

CALLUM McGREGOR admits this catastrophic campaign has been a steep and painful learning curve for him and his team-mates.

Celtic’s nine-year domestic domination officially ended at the final whistle in the dreary goalless and soulless stalemate with Dundee United at Tannadice 11 days ago. That dismal encounter marked the end of an era.

It had only been a matter of time in an excruciating season where only Hamilton Accies and Motherwell have failed to take league points off them and they have squandered 28 during an inexplicable term that cost Neil Lennon his manager’s job last month.

Following the phenomenal highs of an unprecedented quadruple treble, the Hoops only have the Scottish Cup to aim for if they hope to bring silverware to Parkhead this time out.

They await the winners of the Falkirk v Arbroath tie before they can kick off the defence of the trophy they have won for the past four years.

McGregor said: “If this period has taught us anything, it’s to really guard these trophies with your life and the Cup is the last one we have got this season. 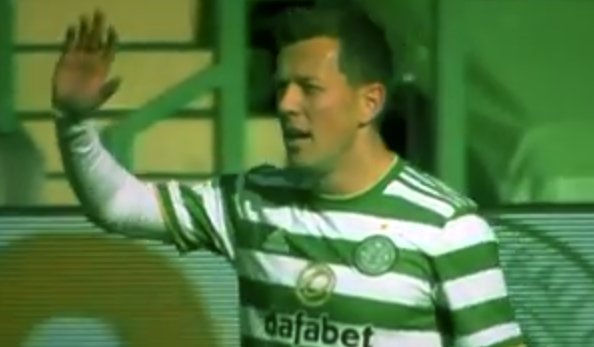 “We don’t want to give that up. We want to be approaching every match the same as what we do, but there is an added edge now that you’ve lost two so you’re not losing that third one.

“That has to be our motivation for the season, to go and finish on a high.”

As the deposed champions prepare for Sunday’s visit of Steven Gerrard’s Ibrox side, the team’s vice-captain admitted the players are missing the backing of the support.

McGregor, speaking to Celtic TV, added: “There is no illusion that they are big games, and every game is a big match, but you can’t help but feel that intensity on Champions League nights, European nights, your Rangers and Celtic matches, then that is the difference.

“You get a feeling in your stomach when you come out for the warm-up, the place is rocking, you’re ready to go, and there is no question we miss them.