Ange Postecoglou’s title winners go straight into the ballot for the group stages on Thursday August 25 and the Hoops skipper has targeted the Spanish superstars.

McGregor insists he has some unfinished business with their veteran Croatian midfielder Luka Modric who will be 37 in two months’ time. 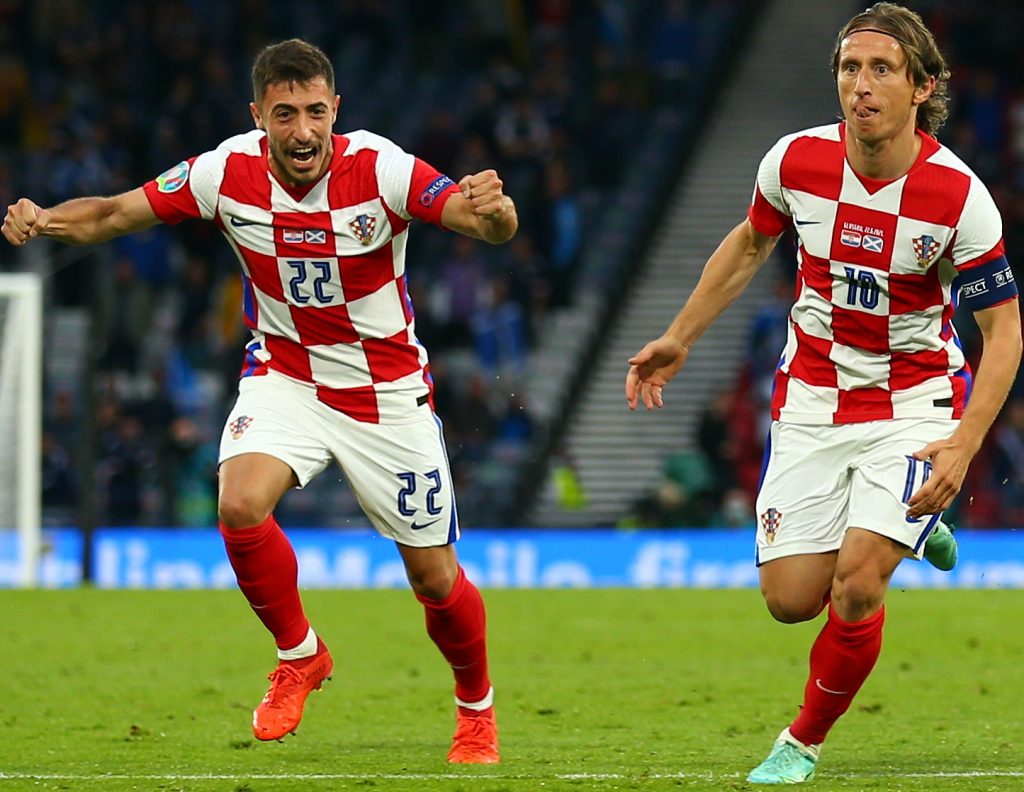 HAPPY DAZE…Croatia captain Luka Modric is about to be congratulated by Josip Juranovic after putting his country 2-1 ahead against Scotland at Hampden.

The former Spurs playmaker put Scotland to the sword in the Euro 2020 Championships last summer with a devastating display at Hampden where he claimed a superb strike in his nation’s 3-1 victory and turned in an all-round exhilarating performance that had Steve Clarke’s men chasing shadows for most of the 90 minutes.

McGregor scored a rare goal to throw his country a lifeline with a memorable right-foot equaliser just before the interval, but Croatia, with future Celt Josip Juranovic also in their line-up, responded to seal the victory and send the Scots spinning out of the tournament after a 2-0 loss to the Czech Republic in the opening fixture and a goalless draw against England at Wembley before crashing to Croatia.

Asked about which stadium in which he would wish to perform, the champions’ anchorman, speaking to Celtic TV, answered: “I’ve played at some pretty big ones, but the one I haven’t played at is Real Madrid. 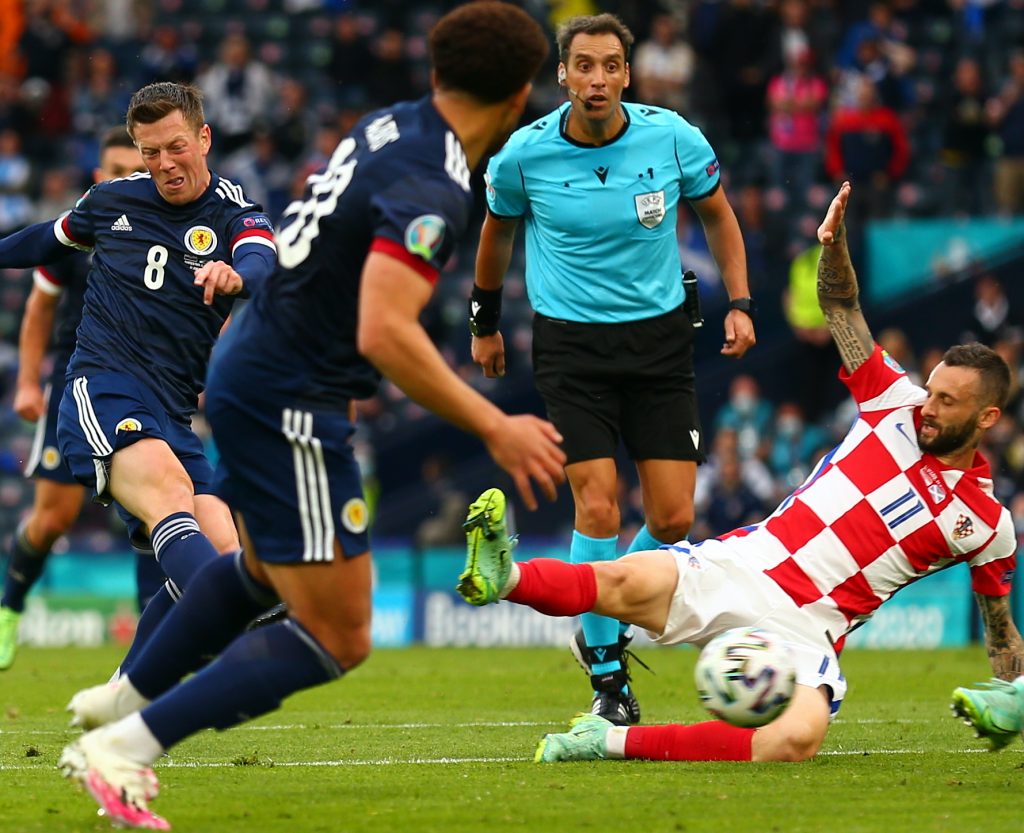 THE EQUALISER…Callum McGregor fires in a low drive to give the Scots hope.

“I think everyone would probably join me in saying they want them in the group.

“Against Modric again, 12 months on, he ran the show that day at Hampden, so I’ll try and get a bit closer to him. We’re looking forward to it whoever we get, it’s a big competition and a big test for us.

Meanwhile, McGregor and Co go into action in the Czech Republic this evening with a friendly against Banik Ostrava before returning for their first match at Parkhead on Saturday against Championship outfit Blackburn Rovers which has a 12.30pm kick-off.