CALLUM McGREGOR insists he is welcoming the challenge of incoming Ismaila Soro for a place in the Celtic midfield.

The 21-year-old Ivorian anchorman is due to complete his £2million switch to the eight-in-a-row champions this week.

McGregor reckons the introduction of the new Bhoy will add competition for places in Neil Lennon’s engine room and that can only be good for the Hoops.

The Scotland international, speaking to BBC Sport, said: “It’s always important at big clubs that you get competition for places and its always healthy for the dressing room, as well.

“The more quality players that we can get in then that drives the standard up. I think it would be good if we manage to get him in and see what he’s about.” 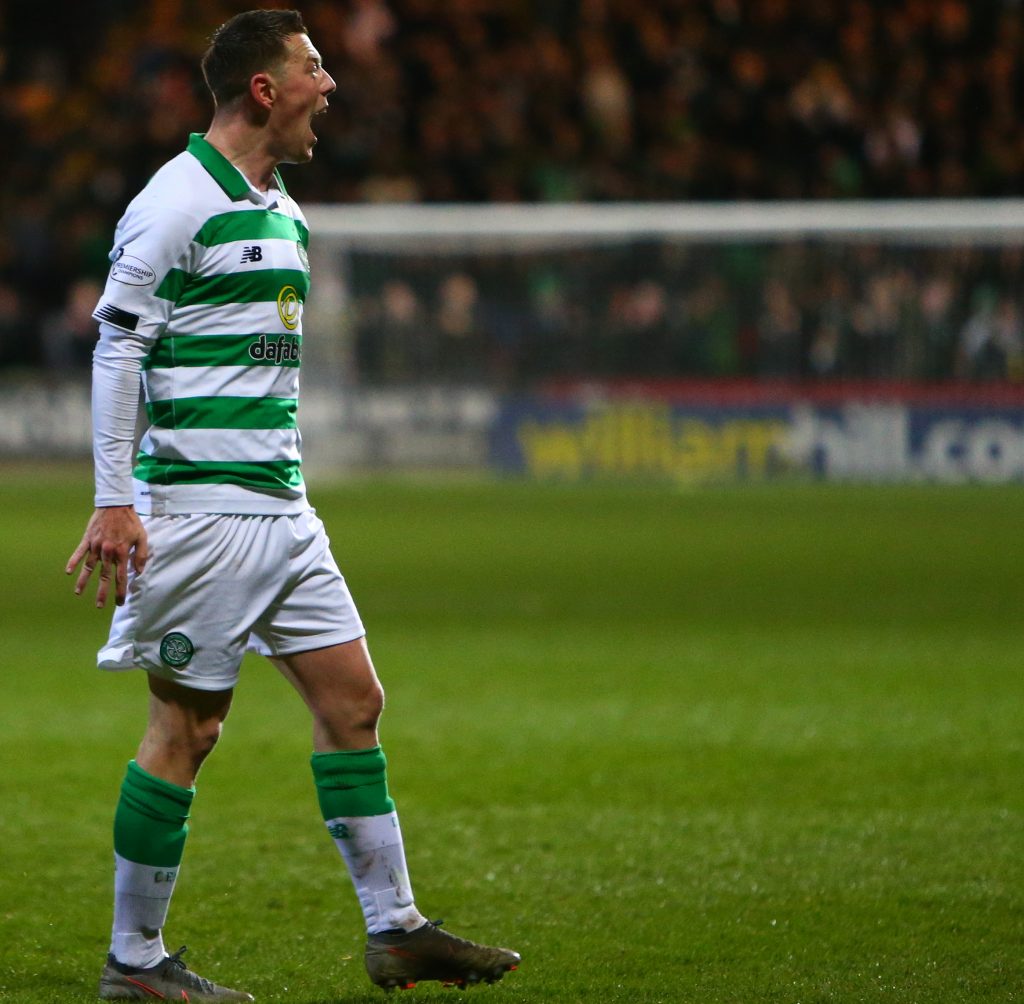 IN WITH A SHOUT…a delighted Callum McGregor after scoring the second goal at Firhill.

McGregor has started in all but two of the team’s 39 games in this campaign after making 59 appearances for club and country last term.

He added: “I’ve felt good. Certainly, every week you’re not 100 per cent, but you very rarely are in football.

“But you’re here to play games and win and you’ve got that responsibility of the club you have to try and play well every time. When you’re asked to play, you give everything. So, certainly for myself, that’s what I try to do.

“It’s always good for competition for places and that drives the standard up and then ultimately the whole things gets better. So we’re looking forward to that.”

Lennon hopes to have Soro in his squad once a work permit is granted and some other details in the deal with his Israeli club are sorted.

The Irishman is preparing his players for the resumption of the Premiership when he takes his side to Rugby Park for a crucial meeting with Kilmarnock on Wednesday.