Celtic Quick News on News Now
You are at:Home»Latest News»‘CAN’T WAIT TO GET BACK,’ TAYLOR’S AIM AFTER NEW DEAL
By CQN Magazine on 6th November 2021 Latest News

GREG TAYLOR celebrated his 24th birthday by agreeing a contract extension that will keep him at Celtic until the summer of 2025 at least.

The left-back, who is out with a shoulder injury sustained in the Europa League qualifier against AZ Alkmaar in the Netherlands on August 26, is desperate to return to first-team duty to play his part in the exciting revamp under the guidance of Ange Postecoglou.

Taylor, a £2million arrival from Kilmarnock on deadline day in September 2019, followed the lead of team-mate Anthony Ralston who signed a new deal four days ago when he committed his future to the Hoops. 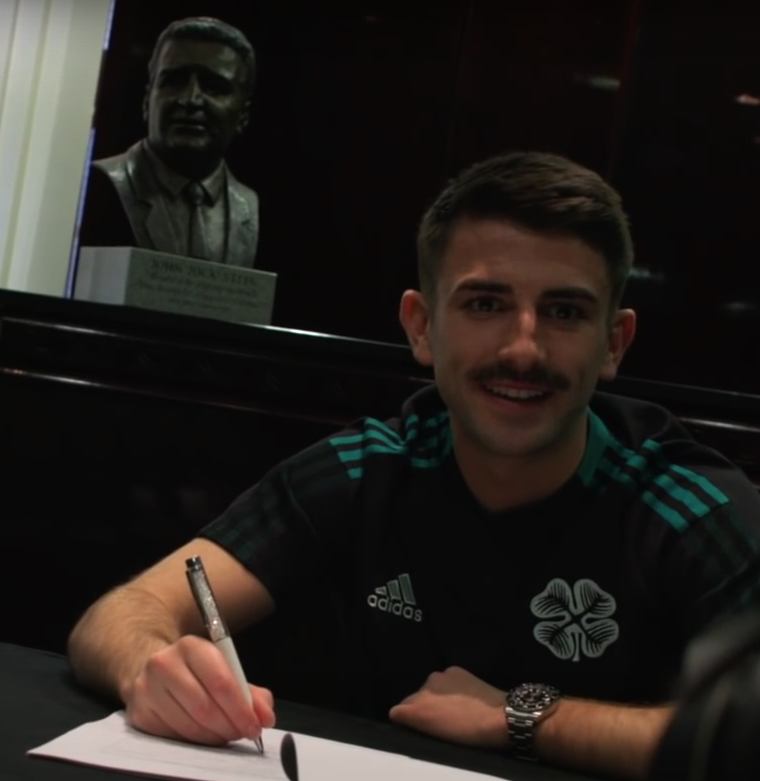 DEAL ME IN…Greg Taylor, under the gaze of an image of Jock Stein, agrees a four-year extension.

The Scotland international defender said: “I’m desperate to get back out there. I miss it every game I watch, so I can’t wait.

“It’s a nice day for myself and my family. I was desperate to extend my contract with the club, I’ve loved my two years since I’ve been here and, hopefully, I can continue that now.

“There’s always going to be competition at big clubs, I’ve said that in every interview since I signed here, that’s normal. The lads are playing really well at the moment and long may that continue.”

Taylor, speaking to Celtic TV, added: “Certainly, I enjoyed it at the start of the season and had a good two or three months under the new manager and loved it. I really enjoy his way of playing and I feel coming inside suits my game. 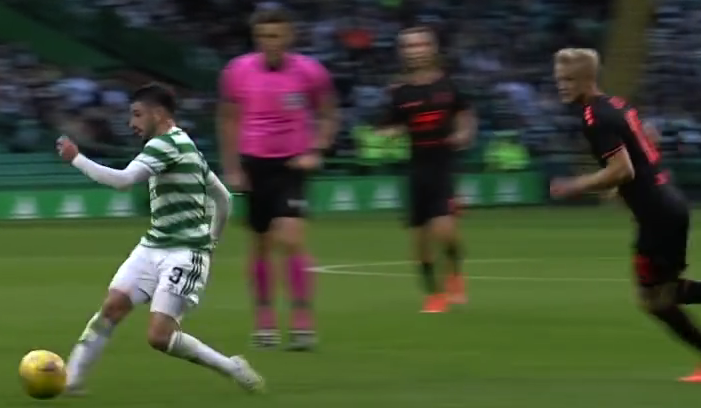 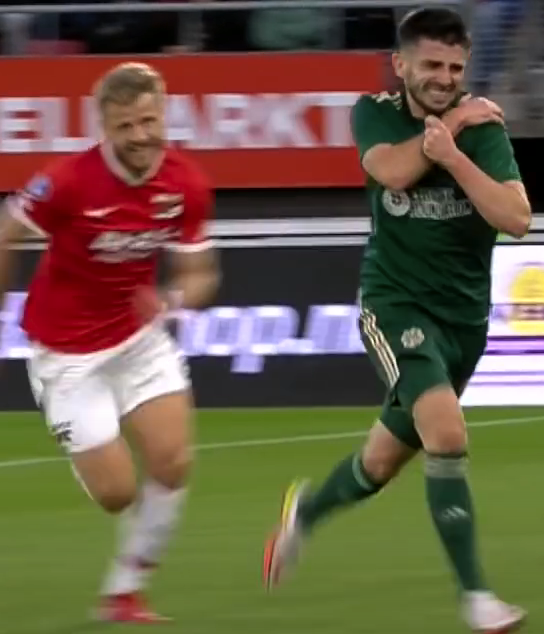 PAIN GAME…Greg Taylor suffers in the match against AZ Alkmaar.

“It’s definitely something I’ve enjoyed and something I can’t wait to get back out and be a part of.

“It’s just nice that the manager rewards you for what he believes you’ve done previously and it’s hopefully a relationship we can continue in the not-too-distant future.

“Right now my aim is to get back fit and back playing as I miss it and there’s a long way to go in the season, so hopefully I can play my part in what we aim to be a successful one.”

Taylor, capped six times by Scotland, had made 60 appearances before his shoulder setback struck in the Euro tie against the Dutch only 10 games into the new campaign.

Boss Postecoglou said: “I am delighted that Greg has extended his contract. Unfortunately, he has suffered the injury, but our focus – and his – is now to get him back in the squad as soon as possible, have him pick up where he left off and playing at that same high level.

“I am really pleased he has committed his future to Celtic and I am sure he will be an important player for us over the next few years.”