ANTHONY RALSTON celebrated in the “carnage” of his stoppage-time winner against Ross County in Dingwall in December.

Celtic were right up against with the clock ticking down and the scoreline tied at 1-1 with Carl Starfelt already off the park after two baffling yellow card decisions by referee Alan Muir.

Liel Abada had got the visitors off to a flyer, but the good work was undone with some sloppy defensive play from a corner-kick that allowed the Highlanders’ centre-back Jack Baldwin the opportunity to smuggle the ball over the line for the equaliser. 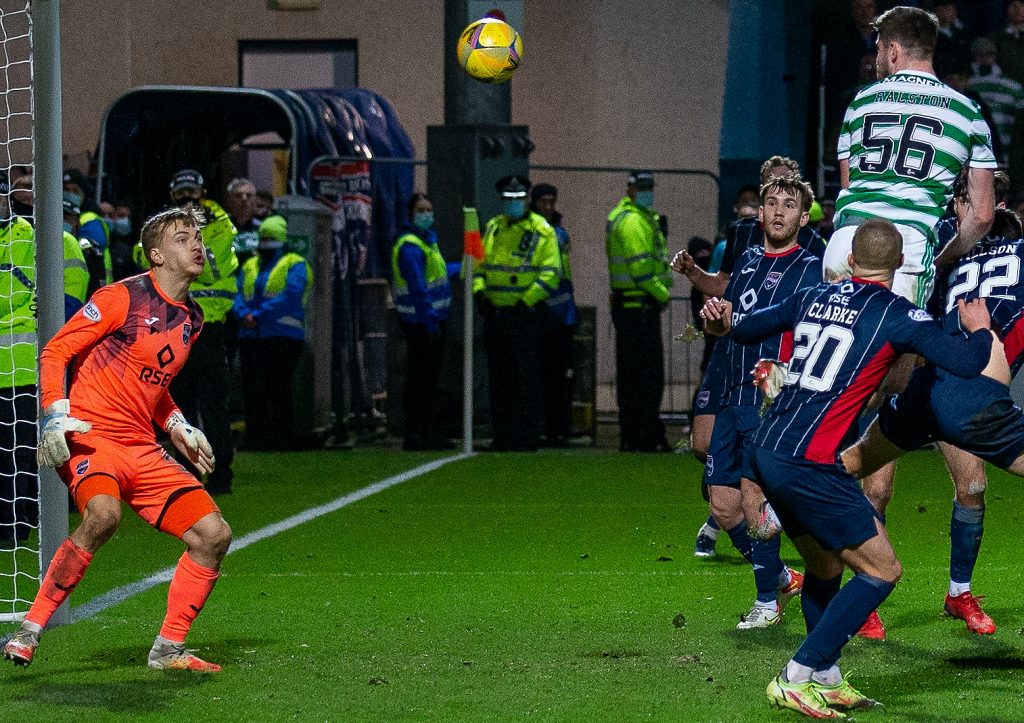 HIGH AND MIGHTY…Anthony Ralston rises above the Ross County defenders to rocket a stoppage-time winner past keeper Ashley Maynard-Brewer.

It looked as though two points were about to be squandered when the Hoops surged forward for one last crack at the clincher and Ralston provided the fabulous header from a Tom Rogic right-wing cross that broke the County barrier and resistance.

The Scotland international defender returns to the venue on Sunday for the 2.15pm kick-off and the Hoops six points ahead at the Premiership pinnacle with five games still to play.

Reflecting on the previous visit – just four days before the Premier Sports League Cup success against Hibs – Ralston said: “It was a bit mental, to say the least. That moment is something I might never do again, but the main thing was that we got the three points which is always difficult when you go there. 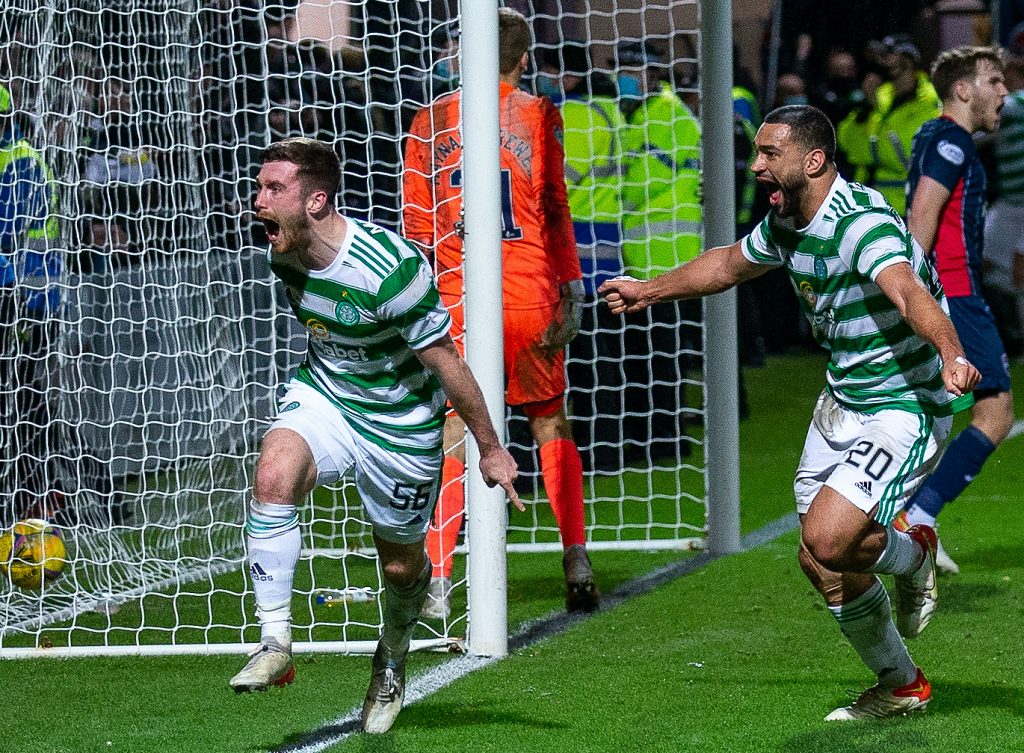 ROARING SUCCESS…Anthony Ralston and Cameron Carter-Vickers race to the fans behind the goal after the points-clincher in Dingwall. 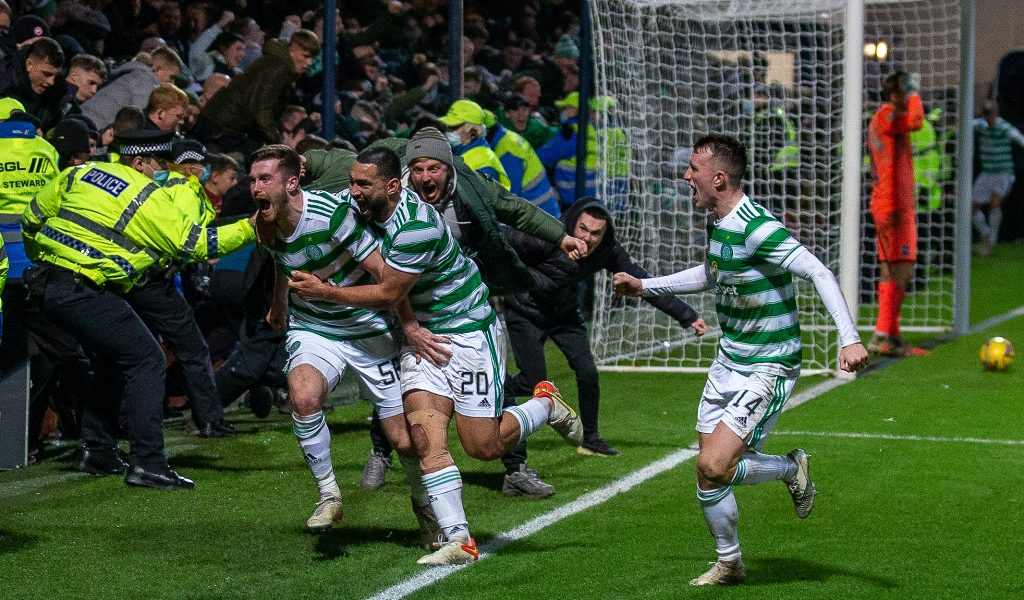 “On a personal note, it was a dream to score a late winner and you saw how the fans reacted, so I have great memories.

“It’s something growing up that you’ve watched and you think it could be you some day, but you never expect it to happen.

“Tom Rogic hung up a great cross and I’ve found myself in a position to put it in and it was carnage after that, but it’s a great memory that will live with me forever.”

The 23-year-old right-back, speaking to Celtic TV, added: “This season I’ve been given the opportunity and so far to have taken it. I’m delighted.

“It’s important to continue that, not just to the end of the season, but in seasons to come.

“We’re extremely disappointed with the last game, but it’s done now and it’s important that we focus on the next game.

“These away fixtures are always tough and we know Ross County are a physical team and we will need to match that and their competitiveness.

“We also need to focus on our style of play and how we want to implement that and we do then we will be fine, but we know that will be tough.”