Celtic Quick News on News Now
You are at:Home»Latest News»‘CELEBRATE HIS LIFE WITH A MOMENT OF CHEERS, SONGS AND APPLAUSE,’ McNEILL FAMILY PLEA
By CQN Magazine on 25th April 2019 Latest News

CELTIC have confirmed plans to pay tribute to the legendary Billy McNeill during their remaining fixtures this season.

The former Hoops captain and manager, who passed away at the age of 79 on Monday, will be honoured before and during the team’s Premiership meeting with Kilmarnock on Saturday.

Further tributes will be paid when the champions face Hearts in the Scottish Cup Final at Hampden on May 25 – exactly 52 years to the day when McNeill held aloft the European Cup as the team made history by becoming the first British team to conquer Europe.

The iconic club and country centre-half went on to collect more than 30 trophies as player and team boss.

Before Saturday’s kick-off, the club’s first-team squad will lay a wreath on Celtic Way, with a minute’s applause to be held before kick-off in the stadium.
Members of McNeill’s family, some of whom will be present at the game, preferred applause to silence. 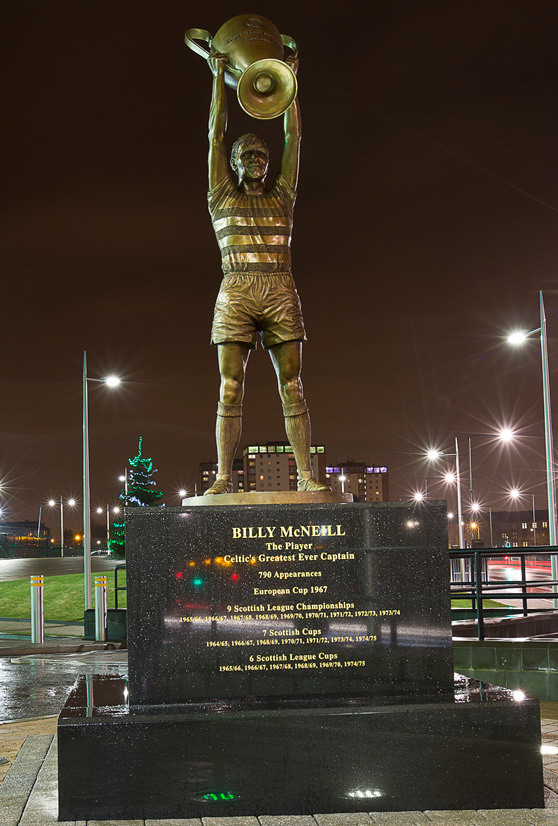 A family statement read: “We do not believe football stadiums were ever built to be silent. Our father would not have wanted that. They should be places of noise, passion and enjoyment.

“Football was his life and Celtic Park was a very large part of that. So please celebrate his life with a moment of cheers, songs and applause because that would make him feel at home again.”

The players will wear special black armbands bearing the number five McNeill wore as a player, while there will also be video tributes within the stadium.

For the grand finale at the national stadium, all of the first team will wear the number five on their shorts during their encounter with Hearts.