LEIGH GRIFFITHS is delighted to have given manager Neil Lennon a headache.

The comeback Celtic striker reckons he is ahead of schedule since returning to the first-team plans of the Hoops gaffer.

Griffiths, who is also being tipped for a Scotland international call-up for the Euro 2020 semi-final play-off against Israel at Hampden on March 26, has scored five goals this year.

The 29-year-old frontman acknowledges Odsonne Edouard is a fixture in the top side, but he is out to prove his credentials for a starting place in the vital riun-in to what could become another history-making campaign for the Parkhead men.

Griffiths, speaking to the Daily Record, said: “We have three big games before the international break and I want to start in all of them, although that’s obviously up to the manager.

“It’s a big period coming up with the kind of games you want to be involved in.

“Right now it’s game, recovery and then you’re playing again two or three days later. The more minutes I get under my belt, the fitter I become. 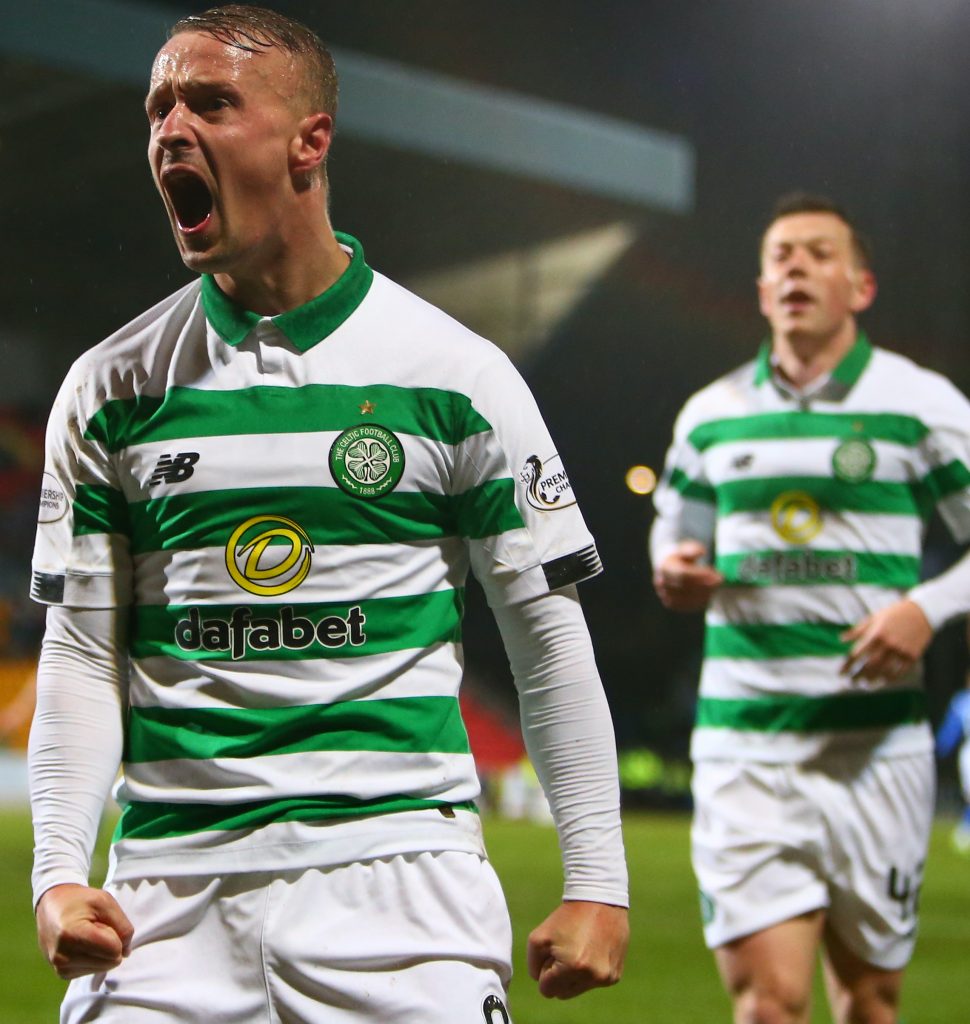 HIGHS…Leigh Griffiths celebrates a superb goal in the 3-0 win over St Johnstone in January. 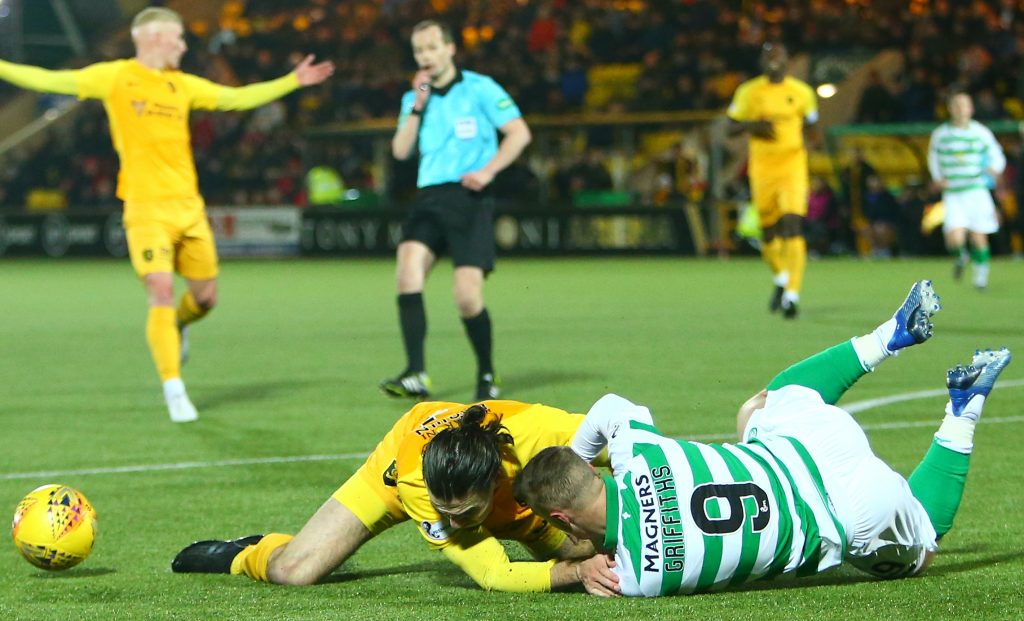 “At the moment, Odsonne Edouard is undroppable, so there are plenty of strikers vying for that place beside him in the 3-5-2 formation.

“I’ve started 75 per cent of the games and I’m looking to continue that formidable partnership.

“We’re striking up an understanding and it’s not all just off the cuff. We don’t need to ask ourselves where the other one is because I know where he’s going to be. It started in Dubai where we first hit it off and long may it continue.

“I’m probably further ahead now than I thought I would be at the start of the season. I’ve worked hard to give the manager a selection headache and make him think about changing to two up front.

“All I can do is graft away with the coaching staff, who are first class. I don’t think we’ve ever done the same session twice and try to leave an impression on them.

“Odsonne and I are working well together and I’m hoping to keep that going. The good thing is that people are now talking about my football again.”

Griffiths, who was a 75th-minute substitute for Ryan Christie in the 2-2 draw with Livingston in West Lothian in midweek, hopes to get the nod to start against St Mirren at Parkhead today.

A victory for the champions will widen the gap at the top to an incredible 16 points with Steven Gerrard’s side due to face Ross County in Dingwall at midday tomorrow as they play catch up.