Celtic Quick News on News Now
You are at:Home»Latest News»CELT WHO IS AN OVERNIGHT SENSATION AFTER FIVE YEARS
By CQN Magazine on 20th August 2021 Latest News

HARD-TO-PLEASE Ange Postecoglou was unstinting in his praise of born-again Celt Anthony Ralston following his wholehearted performance in the 2-0 first leg Europa League play-off final win against AZ Alkmaar at Parkhead in midweek.

Only minutes after the final whistle, the Hoops boss was interviewed for live TV and didn’t hold back in his praise of the 23-year-old right-back.

“I know he would have been running on empty, having played every minute of every bloody game,” said Postecoglou with a hint of awe in his tones.

Ralston has, in fact, turned out from start to finish in all eight matches this season without a respite while the squad is bereft of another player for the position since the unimpressive Jonjoe Kenny returned to Everton at the completion of his loan deal in the summer while Jeremie Frimpong and Hatem Abd Elhamed were sold to Bayer Leverkusen and Hapoel Be’er Sheva for a combined £12.5million in January. 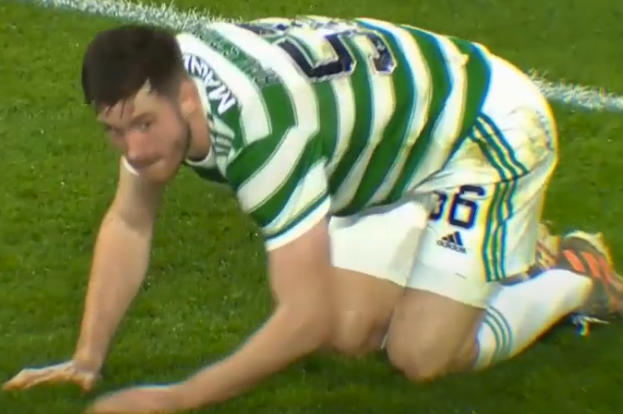 DOWN – BUT NOT OUT…Anthony Ralston has made a startling comeback this season.

The Greek-Australian gaffer is well aware that it would be impossible to expect such physical endeavour from Ralston over the course of an entire campaign and that is why he aims to add to his squad with the £2.5million signing of Croatia international No.2 Josip Juranovic from Legia Warsaw today.

Postecoglou insisted: “I’m not bringing in people to replace people. I’m bringing in players to support the ones we have here. It’s inconceivable that they’re going to play every game.

The manager, speaking to The Scotsman, added: “I’ve said right-back is a priority position because Anthony is the only one we’ve got. He’s doing unbelievably well and he needs support. 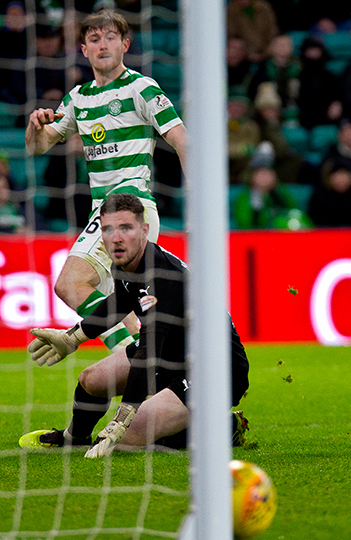 “At the end against Alkmaar, he was still sprinting forward trying to create things. And I know he would have been running on empty, having played every minute of every bloody game. If we keep showing that spirit, the football will improve.”

Amazingly, half of Ralston’s first-team minutes for Celtic in the five years since his debut as an 18-year-old prospect have been in the past month.

Ronny Deila introduced him to the top side in a 2-1 loss against St Johnstone in May 2016 before Brendan Rodgers arrived and signed Christian Gamboa at £1.2million from West Brom which restricted game time for the academy star who hardly got a look-in under Neil Lennon and had loan spells at Queen’s Park, St Johnstone and Dundee United.

He has already equalled his first-team strikes from 2018 with his Premiership strikes against Hearts and Dundee this time around.

Now, though, Ralston looks equipped to meet the challenges of consistent first-team football which could make him an overnight sensation after five years!