IF Ange Postecoglou is in a positive frame of mind he will know things can only get better after his debut at Parkhead tonight.

A dodgy penalty-kick awarded by ropey referee Kevin Clancy and converted by Ben Wightman in the 63rd minute gave Preston the win in front of 2,000 fans.

If the new manager was hoping for answers in this fairly uninspiring display, he might just have unearthed some more questions.

The defence still cannot deal with set-plays, there is little goal threat with Albian Ajeti virtually anonymous for just over an hour before being replaced by a lackadaisical Odsonne Edouard and Callum McGregor has not learned yet how to make a proper tackle. 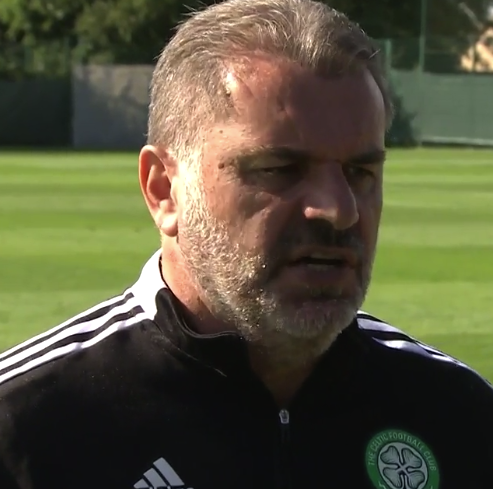 PENSIVE…Ange Postecoglou is a man with a lot on his mind.

Okay, the result does not matter, but this was not a heartening performance before the Champions League second round first leg encounter against FC Midtjylland on Tuesday night. There is far too much overplaying in this side which saw the ball eventually surrendered with one pass too many.

On the plus side, David Turnbull was the best player on the pitch during his 61 minutes while new Bhoy Liel Abada looked lively when he made his appearance as a second-half substitute.

The Israeli dynamo came close to a dream debut with a blistering right-foot drive only minutes after his introduction, but keeper Declan Rudd reacted superbly to push it away.

It was one of the rare occasions the visiting netminder was brought into action. He made a routine stop from Turnbull as the game edged towards the interval and made an excellent high-flying save a minute from the end to push a Ewan Henderson piledriver to safety.

Otherwise the finishing of the Hoops was fairly tame which was highlighted in the first-half when there was a good build-up down the left concerning Adam Montgomery, Ajeti and Greg Taylor and the pass was pulled back for Tony Ralston storming unmarked towards the edge of the box. Alas, he blazed the ball hopelessly off target when at the very least he should have hit the target.

Vasilis Barkas played the opening 45 minutes and performed well enough to suggest he will get the nod to face the Danes. 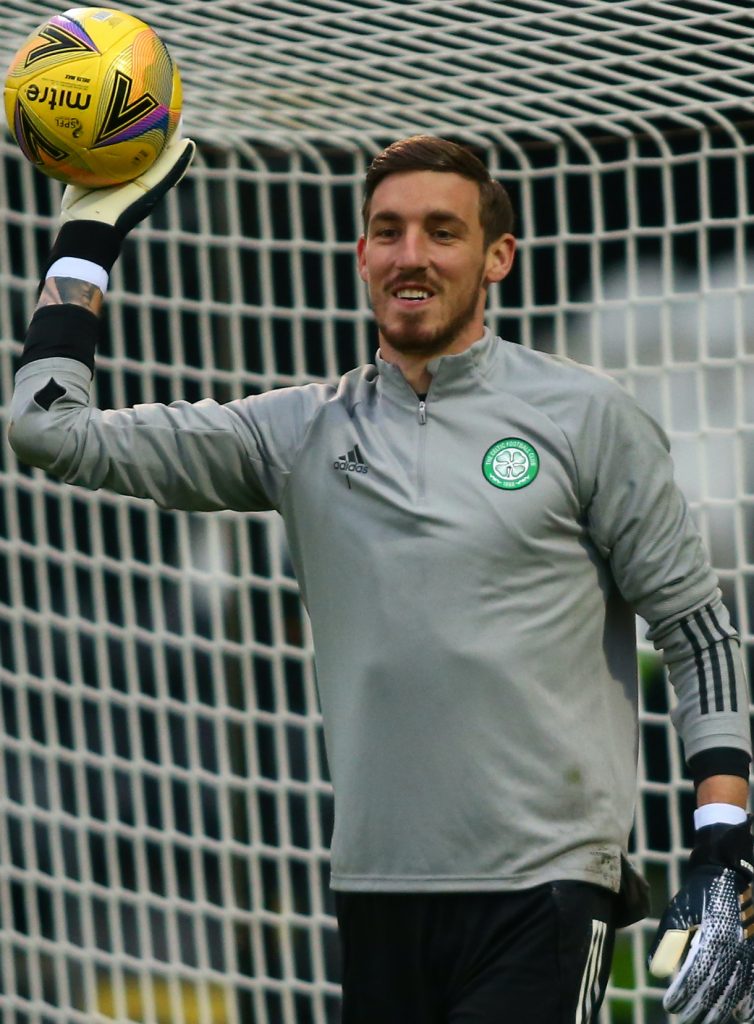 ALL SMILES…Vasilis Barkas made two fine saves in the first-half.

He made a fine reflex save from Brad Potts early in the game and, following an error from Stephen Welsh, blocked an angle effort from old favourite Scott Sinclair.

The Greek was replaced by Scott Bain for the second-half and the unfortunate substitute was adjudged to have brought down Sean Maguire for the harsh spot-kick award in the 63rd minute.

The experienced Preston forward played for the penalty as he clattered into the outrushing keeper and Clancy bought it. Wightman tucked in at Bain’s left as the Celt took off for his right.

Before the kick-off, Postecoglou admitted he needed bodies in and he hoped for a few to arrive in the near future.

Anyone who witnessed this confrontation would find great difficulty in disagreeing with the manager.