CELTIC got lost in a maze of mistakes against the Norwegian champions at Parkhead this evening and have 90 minutes to breathe life into their European ambitions.

The Hoops produced one of their worst performances of the campaign in front of a packed house as they lacked quality and cutting edge to achieve a home leg advantage over dangerous opponents.

There was one flicker of hope when Daizen Meada headed in a Josip Juranovic right-wing  cross in the 79th minute to cut the deficit to a goal, but typical of the evening’s display, Bodo/Glimt went up the park and scored a third courtesy of a deflection from Callum McGregor a couple of minutes later.

Celtic’s hopes of a fast start in an intriguing tie rebounded when they found themselves a goal behind in only six minutes.

The defence fell asleep as the Norwegians indulged in a neat piece of interplay on the edge of the box, Carl Starfelt was lured towards the ball and Runar Espejord was presented with an opportunity with just Joe Hart to beat. He made no mistake with a low drive to the keeper’s right and Celtic Park fell silent for a moment.

The fans rallied in an attempt to lift the team, but that was an evening when the Hoops were sadly lacking inspiration in a first-half where they did not create too many problems for the visitors. 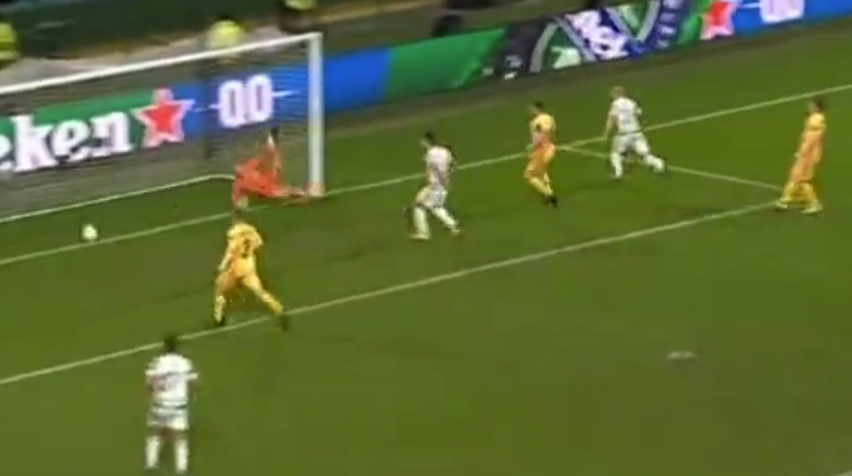 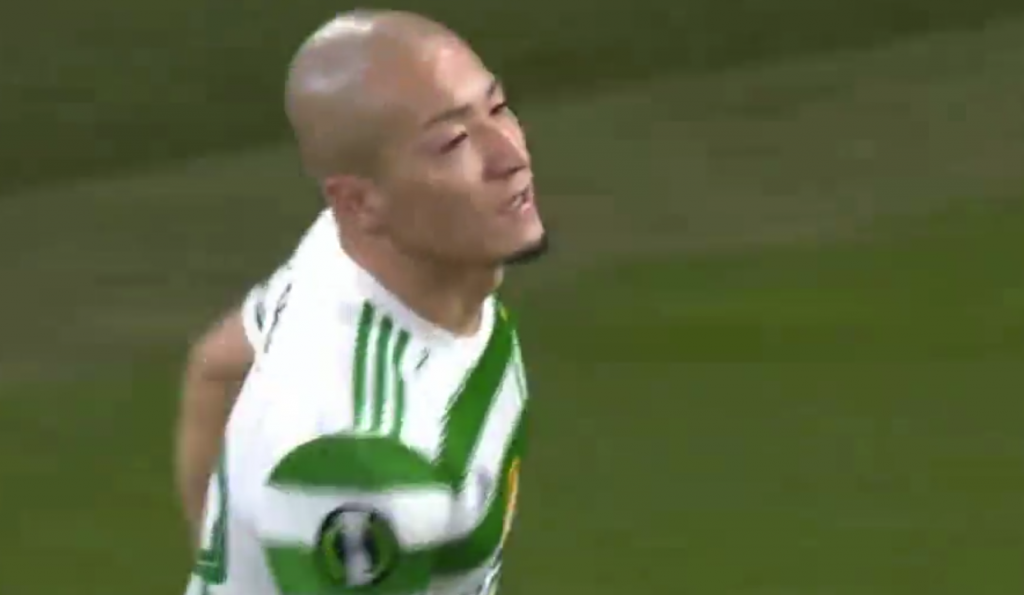 CHEERS…Daizen Maeda races back to the centre circle to get the game restarted.

Matt O’Riley was the pick of the midfield in which skipper McGregor and Tom Rogic toiled to make an impression and there was little coming from the flanks in the shape of Liel Abada and Filipe Jota.

Daizen Maeda raced around, but produced no goal threat, despite his industry. To be fair, though, he did take his goal well in the second-half to briefly throw the team a lifeline.

The Hoops probed and had most of the possession in the opening half, but they failed to carve open a solitary clear-cut opportunity in front of keeper Nikita Haiken.

It looked as though Ange Postecoglou’s men were up for the challenge inside two minutes when Starfelt realeased Maeda on the left with a fine pass. However, the Japanese frontman’s ball across goal found no takers as it was smuggled behind for a corner-kick.

Cameron Carter-Vickers was involved in a spectacular mid-air clash with the rival shotstopper as he attempted to get on the end of an O’Riley free-kick from the left, but the stanside assistant flagged correctly for offside with the defender going just too early for the deadball effort.

The Hoops continued to take the game to the Norwegians, but their well-organised opponents were snuffing out danger with monotonous regularity. 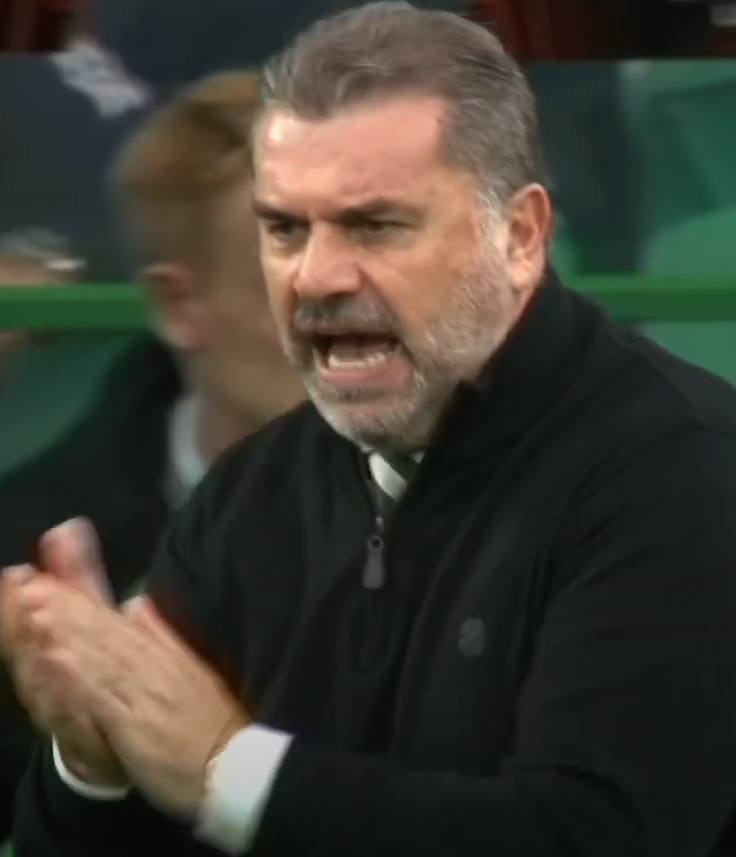 SHOUT OF ORDER…Ange Postecoglou attempts to galvanise his toiling troops.

Six minutes after the interval, Jota was presented with a chance to bring the hoops back into the contest when McGregor set him up, but the Portuguese ace was wayward with his finish and sent the ball horribly flying over the bar.

In the 55th minute, Celtic were undone again by a remarkably simple second goal. Ola Solbakken was allowed to almost walk past the struggling Greg Taylor to roll the ball across the box and Amahl Pellegrino was left totally unmarked to slide a shot past the exposed Hart.

In the 59th minute, Postecoglou made the anticipated substitutions when he withdrew Rogic and Abada to put on Reo Hatate and Giorgos Giakoumakis.

It took until the 72nd minute for the Hoops to fashion a genuine chance, but Jota’s shot was tipped over the bar by Haiken.

O’Riley was replaced by James Forrest two minutes later and there was a moment of hope when Maeda glanced a cross from Juranovic low past the keeper.

But once again the Norwegians were allowed to carry the ball deep into Celtic territory through the midfield and Hugo Vetlesen’s 25-yard drive flicked off McGregor’s boot and looped over the stranded Hart for the third and killer goal.

Celtic can still turn the tie on its head a week tonight – but they will have to perform a whole lot better than they did on this x-certificate showing.