SOME things are written in the stars. Would anyone have believed Jozo Simunovic, the man wearing Billy McNeill’s No.5, getting the winner in the 67th minute (plus seven seconds) at Parkhead on this emotional day?

The Croatian centre-half had scored only two goals in four years for Celtic until he popped up with the winner on this highly-charged occasion.

And, of course, it had to be a towering header to match the magical moment.

The Hoops were toiling for a breakthrough goal and had passed four hours without a league strike when they were awarded a corner-kick on the right.

It was blocked and Tom Rogic worked it back to Callum McGregor. This time the midfielder arced a cross to the back post and Simunovic took off on an almighty leap – not unlike the Lisbon Lion in his prime – to get his head to the ball to send an effort zipping low past the diving Daniel Bachmann at his right-hand post. 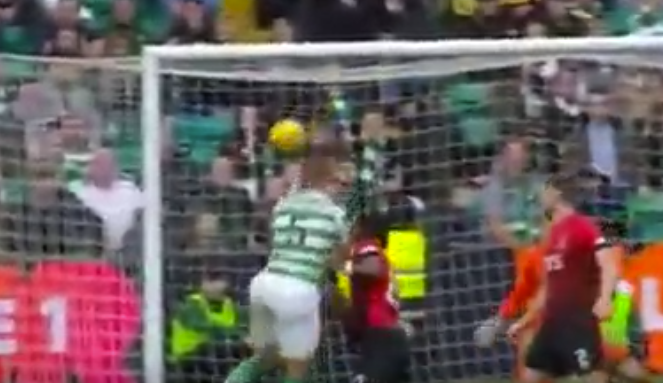 RISE AND SHINE…Jozo Simunovic gets up high to send his header goalwards. 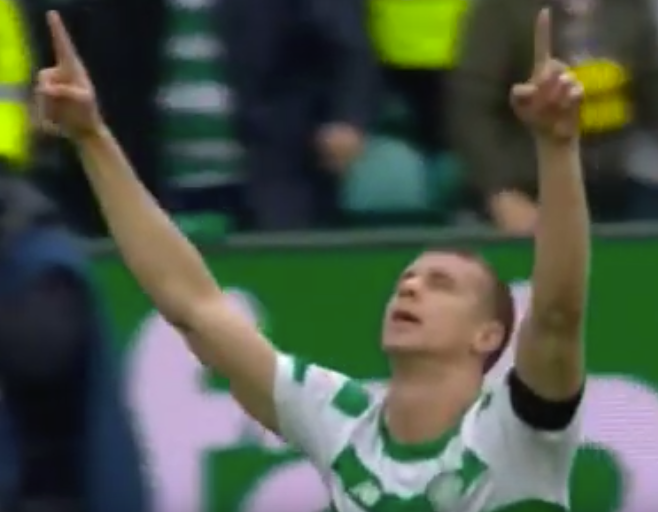 It keeps the champions bang on course for their eighth successive title and if Steven Gerrard’s Ibrox side don’t win tomorrow against Aberdeen in Govan then the flag will be secured.

But this was another confrontation that was not easy on the eye – or the nerve-ends.

After two successive goalless league encounters with Livingston and Hibs, Neil Lennon was anxious for his players to hit the ground running.

There was a lot of possession, but, alas, precious little penetration in the opening 45 minutes where Killie keeper Bachmann was rarely troubled.

It took the Hoops until the 39th minute to actually get a shot on target and Mikael Lustig’s effort was straight at the on-loan Austrian.

The champions toiled and Scott Bain was the busier of the shotstoppers and had to make an alert save in the 18th minute to deny the Ayrshire side taking the lead.

Simunovic got in a fankle on the edge of the box and the ball broke off the Croatian to Chris Burke who found himself with only Bain to beat.

The veteran attacker tried to place his effort, but the Hoops No.1 read the situation and managed to spread himself and push the ball to safety. 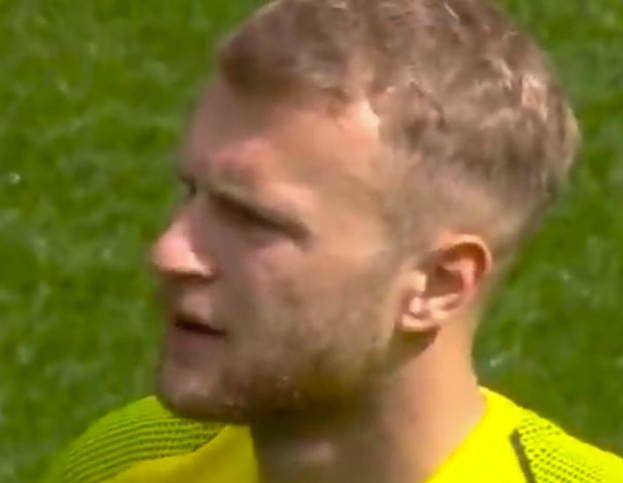 ON FORM…Scott Bain was in no mood to surrender a goal.

And Bain also made reasonable stops from Liam Millar and Connor McAleny as the defence continually allowed their opponents shooting opportunities.

In the fifth minute, Scott Brown lashed in a 25-yarder which took a nick off a defender before zipping past Bachmann’s left-hand post. It would have been more than a little ironic if the current skipper had scored on a day the fans were honouring club great Billy McNeill, who, of course, passed away on Monday evening.

Rogic, who was chosen ahead of Olivier Ntcham, was wretchedly off target with three attempts in the opening 45 minutes with tries that were more threatening to the fans in the stand than Bachmann in the Killie goal.

The Aussie and Callum McGregor were showing little in a congested midfield and Steve Clarke’s men were there to work hard and not play a bit-part in an emotional afternoon in the east end of Glasgow.

Alan Power charged around with verve and gusto and flattened Brown before he cynically whipped the legs from McGregor to earn a long-overdue booking from Willie Collum. 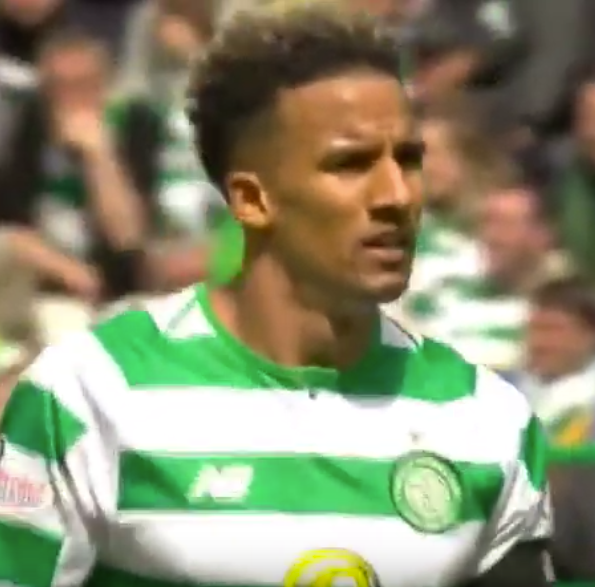 OFF TARGET…Scott Sinclair spurned an opportunity.

There was a lack of cohesion, crispness and clarity in Celtic’s play as they rolled forward and Scott Sinclair blazed one off target before he set up Rogic three minutes from the interval for one of his awful finishes.

Odsonne Edouard looked a frustarted figure up front and he tried an acrobatic scissors-kick to get to a Lustig right-wing cross, but he missed and Sinclair was off target with the follow-up.

The Frenchman continually weaved into a blind alley as Killie took control of everything around their penalty box.

There was a lot of huffing and puffing in the second-half and the Hoops took control, but Bain still had to make a fantastic tip-over save from a Burke drive after Lustig had gifted possession to the Killie man.

Eight minutes before Simunovic struck, the Hoops were denied when Bachmann did well to block a close-range effort from McGregor and the rebound spun to Edouard. He prompt;y whipped in a goalbound attempt that was hastily hacked to safety by a frantic defender.

A few minutes after that, the Frenchman played in Rogic, but instead of bursting the net, the comeback playmaker attempted to return a pass to Edouard and Stephen O’Donnell intervened at the expsense of a corner-kick.

A fully-confident Rogic in his pomp would have stuck it in the net.

Lennon threw on Olivier Ntcham for the tiring Aussia, who had just been booked, in the 79th minute at the same time he replaced Forrest with Jonny Hayes.

It was nervy right to the very end, but when the smoke of battle cleared title No.8 was well in sight.

Billy McNeill would have approved.