CELTIC have made a bid of just over £2.5million for French striker Alexandre Mendy, according to a report.

The towering frontman has netted 16 goals in 30 games for the Ligue 2 side this season and has attracted some admiring glances for his form which has pushed the team towards the promotion play-off places.

The media outlet also state the Hoops will be out of luck in their initial move with his club side awaiting a bigger bid for their hottest property. They report Caen will be willing to negotiate a sale “in the event of a higher offer”. 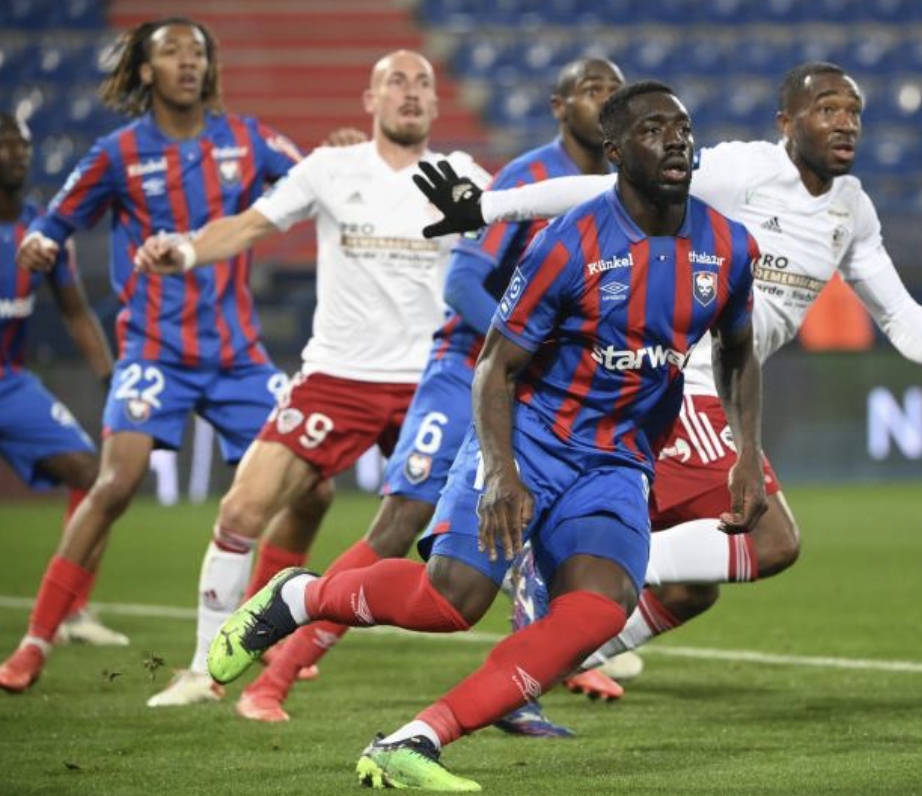 ACTION MAN…Alexandre Mendy has scored 16 goals for Caen this season.

Mendy is under contract until June 2024 and it looks clear the Celtic manager has already targeted an attack-leader as an addition to his squad in the summer.

Kyogo Furuhashi, with 17 goals, and Giorgos Giakoumakis, with 13, have both suffered injuries this season and the Parkhead men are light on the ground for back-up.

Daizen Maeda led the frontline against Giovanni van Bronckhorst’s Ibrox outfit in the Scottish Cup semi-final earlier this month with Kyogo coming off the substitutes’ bench in the second-half and Giakoumakis missing with a hamstring problem. The lack of firepower contributed heavily to Celtic’s first domestic defeat in over 30 outings.

It is clear there is no future at the club for Swiss forward Albian Ajeti, who cost £5million from West Ham when Neil Lennon bought him in the summer of 2020.

He has scored a mere nine goals in almost two years and will be on his way at the end of the current campaign.

That could open the door to a new man with Mendy a possibility – if the price is right.