Celtic Quick News on News Now
You are at:Home»Match Report»CELTIC 2 CLUJ 0: SINGING IN THE RAIN AS EDOUARD, MO CALL THE SHOTS
By CQN Magazine on 3rd October 2019 Match Report

CELTIC rocketed to the top of Europa League Group E with a rousing, rollicking triumph over their Romanian rivals this evening.

The Hoops fans were singing in the rain as Odsonne Edouard and Mohamed Elyounoussi scored a goal in each half to make certain of three well-merited and hard-won points.

Neil Lennon’s men deserve to be looking down on Cluj, Lazio and Rennes after a performance that demonstrated how far they have come in seven weeks since the Champions League frustration.

No-one was a failure in green and white tonight. All the way through the team, there was a bright inventiveness and a sheer will to win which was evident for the entire 94 minutes.

Celtic swarmed all over their opponents straight from the off and, remarkably, Christopher Jullien had two superb chances to open the scoring in the first 12 minutes.

In the 11th minute, the towering Frenchman rose to a Callum McGregor left-footed diagonal cross to power in a header from eight yards. Unfortunately, keeper Airlaukas read his intentions and anticipated his header to his right and swooped to save.

Only moment later, Jullien rose to a Boli Bolingoli cross from the left, but on this occasion his header just cleared the crossbar.

It was pulverising stuff from Celtic who were slow to start against the Romanians in August and paid the ultimate price. That wasn’t going to happen on this occasion.

HEAD BHOY…Odsonne Edouard rises and shines with the opening goal.

In in the 20th minute, Edouard claimed the breakthrough goal and it was the perfect end product to a slick move that zipped up the pitch with Callum McGregor releasing Bolingoli and his chip into the box was met by the Frenchman at the near post.

His deft six-yard header was in the net before the Cluj keeper could react.

Parkhead erupted and there was no doubting the joy displayed by the goalscorer as his delight was shared by the erupting Celtic support.

Three minutes later, Bolingoli attempted a left-foot drive from the edge of the box with the ball coming off the outside of his boot. Alas, his cheeky effort hurtled just too high with the keeper scrambling.

McGregor was booked in the 25th minute just moments before there was a scare for the Hoops when Fraser Forster was forced to dive full-length to his right to push out a rasping free-kick from 25 yards. 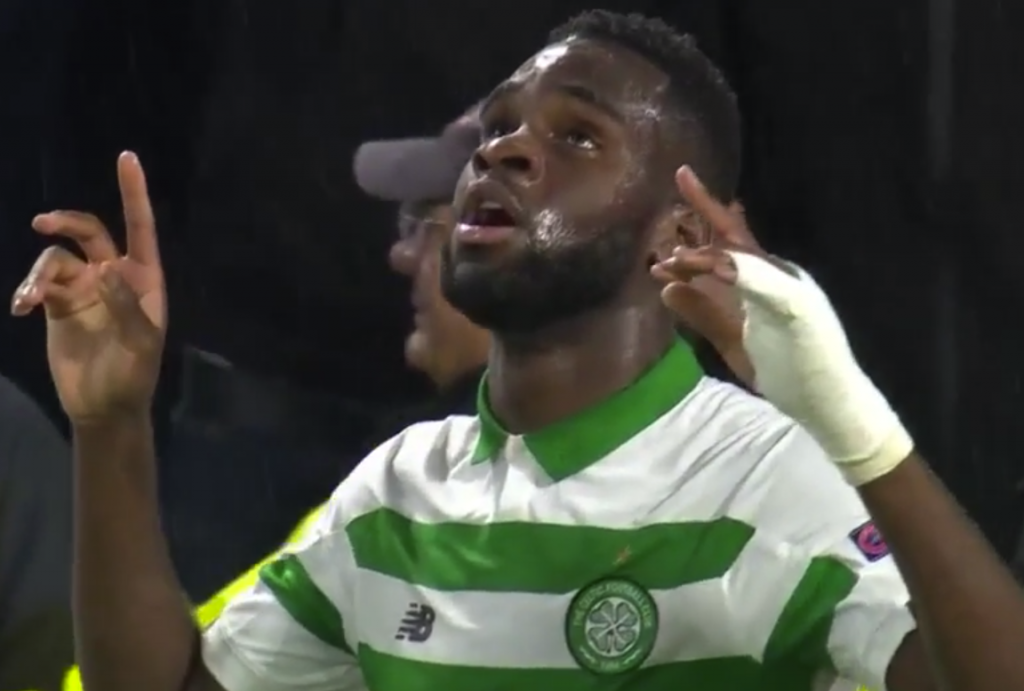 It fell to Rondon who was offside and he put it across for Boli who was also offside before he put it in the net. The Romanians’ celebrations were quickly killed off.

Scott Brown, impressive as ever as he patrolled the midline and screened back four, appeared to be target by Cluj and Djorkovic was lucky to escape a booking when he wrestled the skipper to the ground right in front of the referee.

In the 32nd minute, Brown was clipped by the same player as he stormed towards the 18-yard line, but once again the match official wasn’t interested.

Rondon was then booked by the German referee for a disgraceful dive in the penalty area as he tried to con the match official into awarding a spot-kick. It was all rather pathetic.

Edouard was well up for this challenge and the link-up play from the young Frenchman was breathtaking. Ryan Christie was everywhere and his team-mates had a determined, resolute look about them. 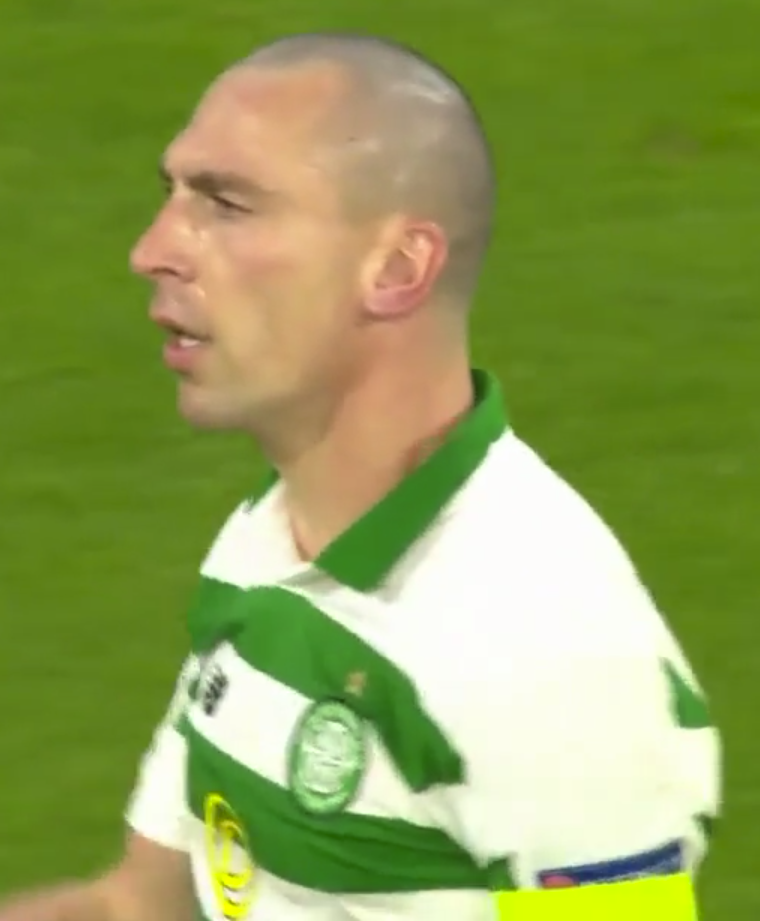 TARGET MAN…Scott Brown who was never short of Romanian company.

The crucial second goal arrived in the 59th minute and Elyounoussi deserves massive praise for starting and ending the move that ended with the ball nestling in the Cluj net.

He challenged Omrani for the ball in the Celtic half, won it fairly and released the ever-willing Forrest on the right.

He carried it forward and, with Edouard and Christie racing into the box, cleverly cut it back for the Norwegian international who was going full tilt as he arrived on the edge of the box.

He walloped in a left-foot drive that took a touch off Burca before whipping low into the keeper’s left-hand corner of the net. 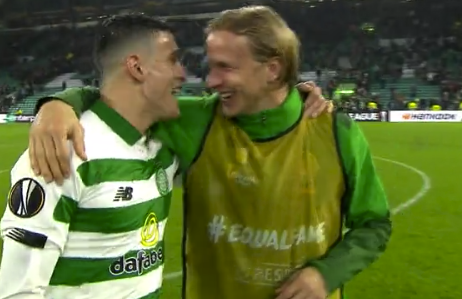 Forster proved his worth in the 64th minute when he showed praiseworthy alertness and wonderful agility to dive to his left to push away a netbound effort from Deac.

Forrest and Christie both came off near the end with Jonny Hayes and Olivier Ntcham joning the proceedings.

It was damp in the east end of Glasgow as the rain swirled around all evening, but there was still joyous bedlam at Parkhead as Celtic celebrated a big and important win.